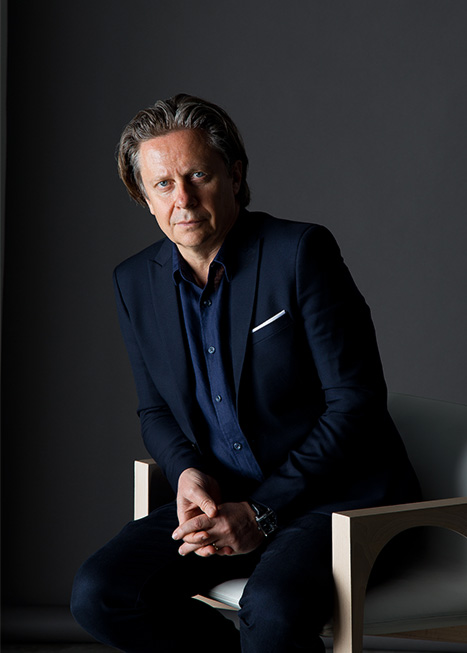 From a family of architects passionate about design and contemporary creations, Jean-Philippe Nuel graduated as an architect from the École des Beaux-Arts in Paris and quickly made a name for himself by winning several competitions, including an international competition presided over by Kenzo Tange. Very quickly, before turning 30, he had designed a hotel in Paris, its architecture and interior decoration, which would orientate his work towards this sector of activity. Following this first hotel project, subsequent projects for boutique hotels followed in Paris (Le Lavoisier, Le Général, Le Duo and more recently the Le Cinq Codet) and elsewhere in France (Le Canberra in Cannes, the Avenue Lodge in Val d’Isère, Le Grand Balcon in Toulouse, or the Jiva Hill Park Hotel near Geneva). In today's hotel business, Jean-Philippe Nuel is a name associated with luxury interior design. Passionate about creativity, and with a particular desire to work on projects of all scales, from architecture to design, Jean-Philippe Nuel sees each project as a human adventure, rich in encounters and exchange.

The Intersections Of Tomorrow’s Hotel Industry

It has already been a year since Covid-19 developed into a pandemic, along with its panoply of urgent measures to contain, combat and defeat the devastating effect of the virus. Confinement, curfews, travel restrictions—including the recent border closures in Europe—and frequent mandatory quarantines for international travel.
Opinion21 May
Organization Details