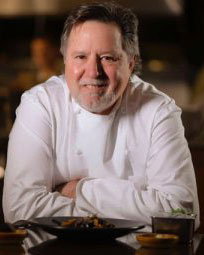 Norman Van Aken is a consultant with Strategic Solution Partners and is best known for introducing "fusion" into the lexicon of global cookery. He is also known as "the founding father of New World Cuisine" - a celebration of Latin, Caribbean, Asian, American and African flavors, thus pioneering a new, visionary way of cooking in America. He is the only Floridian Chef inducted into the prestigious James Beard Foundation's list of "Who's Who in American Food and Beverage". He has shared his cooking and career, by authoring six cookbooks and a memoir. He was selected a 2016 Menu Masters Hall of Fame and is a James Beard semi-finalist for "Best Chef in America" and his namesake restaurant NORMAN'S, in Coral Gables, was a finalist for "Outstanding Restaurant in America”. He was also a James Beard semi-finalist for his cookbook, "New World Kitchen". He has also appeared on various television shows from CNN's "Parts Unknown" with Anthony Bourdain to "Jimmy Kimmel Live."
Organization Details
Insights by Norman Van Aken (1)

How Hospitality Can Close the Food Gap

There is a disparity today between food knowledge and food preparation skills. The pre-pandemic state of affairs, which is reasonable to expect will return as vaccines become more available and cases decrease, provided us the opportunity to experience a wide variety of types and preparations of food without actually doing the cooking.
Opinion15 July
Organization Details