National Trade Association Recognizes Outstanding Leadership from Around the Nation 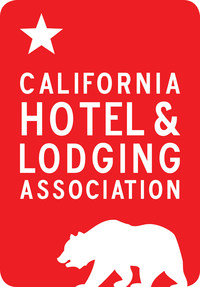 The American Hotel & Lodging Association (AH&LA) announced today the winners of the 2009 State Leadership Awards during its annual Legislative Action Summit (LAS). This award was created to honor the many volunteers who help strengthen both AH&LA and their partner state associations.

Bhupen Amin of Lotus Hotels & Investments was honored as the State Leadership Award winner from the state of California. Amin, the California Hotel & Lodging Association (CH&LA) chairperson in 2009, led CH&LA in a challenging economic environment to a record year, exceeding all membership and financial goals, including the largest reserves in CH&LA’s PAC in the history of the association.

Amin was also largely responsible for record attendance at CH&LA’s Legislative Summit and at both the Northern and Southern California Hotel & Lodging Conferences. Bhupen, through his efforts, also solidified and expanded important strategic relationships with the Asian American Hotel Owners Association and the American Resort Development Association, and was instrumental in CH&LA having the largest representation of any partner state association at AH&LA’s Legislative Summit.

“This award was very much earned – Bhupen is a tireless champion not only for CH&LA, but for the entire lodging industry,” said Lynn Mohrfeld, CAE, president and CEO of CH&LA. “Bhupen’s leadership was instrumental in CH&LA’s successes this past year and the lodging industry is so much better off for his participation and involvement.”

Launched in 1998, this annual award is presented to one person in each state who has greatly contributed to their hospitality programs and initiatives. Past recipients of the State Leadership Award include Jim Beazley, Pam Richardson, Tim Bridwell, Don Johnson, Sandy Parker, and Carl Winston.