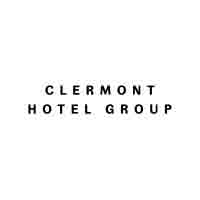 Amba, a global owner and operator of contemporary hotels, will be Europe's largest four- star brand launch with 2088 rooms in London by 2015. glh. will invest a further £70 million into the chosen four-star hotels to provide the best environment for the discerning business and leisure traveller*.

The launch of Amba is driven by extensive market research which shows there is a significant opportunity to address unmet client needs in the four-star sector; better and more personalised service, seamless technology that actually works and authentic experiences in the best locations around the world.

At Amba, every room has been designed by the voice of the global customer and the highly knowledgeable staff - empowered by glh's new entrepreneurial management model - will unearth hidden gems like a local and deliver the best guest-centred experience in the industry.

Amba sees technology as an enabler and every hotel in the brand is underpinned by seamless technology, from a Smart TV in every room to the behind-the-scenes operations that ensure staying in an Amba is an effortless experience. Wi-Fi isn"t a luxury, it's a necessity. That's why Amba has invested in the fastest, free, reliable Wi-Fi for all guests.

Amba will attract the global conference market using its fantastic locations across London combined with seamless technology to deliver the best conference experience available in the world.

The ambition is to grow the Amba brand in the UK to around 30 properties with further growth internationally in China, Malaysia, and the USA.

Commenting on today's announcement Mike DeNoma, CEO of glh, said:
"We're excited to launch Amba a new hotel brand that signifies our intent and ambition to unlock human potential and give property owners and developers a new deal in the four-star market. We want to be the first port of call for developers, owners and investors who want a new deal from a hotel management company."

Commenting on today's announcement Colin Roy, Chief Marketing Officer, said:
"Four-star hospitality can be impersonal and lack differentiation. The launch of Amba signifies a step change in the market. An Amba hotel will combine a fantastic location with genuine warmth, intuitive service and technology to ensure that both business and leisure travellers get the most out of their stay. From booking to check out, we will endeavour to offer our guests a more personal and authentic service which will leave them feeling refreshed and recharged."

We expect 60% of our guests Monday to Friday to be business travellers.
Our customer research tells us that many travellers find the 4-star experience impersonal.
Amba will have 2088 rooms in London
glh. is the largest owner-operator hotel company in London with over 4,000 hotel rooms. In total glh. has 8,279 bedrooms 337 meeting rooms across 36 Hotels in the UK.

Earlier in his career he was the founder and chief executive of two nationwide companies in China and held senior executive positions with Hutchison Whampoa, Citibank and PepsiCo after starting his career at Procter & Gamble.

Amba Hotels aims to be a global operator of contemporary 4 star hotels owned by glh, the London-based global hotel subsidiary of the Singapore-listed GuocoLeisure Group. The Amba Hotel Experience has been designed in response to customer feedback, delivering seamless technology and authentic experiences in a premium location: Amba Hotel Marble Arch will be the next to open, driving expansion into London, and followed by plans to expand into Asia, the USA and Europe in the future; Smart TVs are installed in every room to make it easy to sync devices or stream from subscription accounts and USB sockets are provided in every room at the bedside; Nespresso® coffee machines in every room, so guests can enjoy top quality coffee whenever they want – for free; The latest technology, from check-in kiosks to smart in-room apps and iPads in every room that guests can use to surf the net, order room service, learn more about the hotel or simply discover more about London; A hotel brand with unique designs, driven by the individual location of each hotel, including artwork to reflect the city’s iconic attractions; Our people are all local experts, available to help and guide guests so they get more from their stay; On-site business and leisure facilities that meet the needs of executives using the hotel as a personal business base or business event location, or when travelling on leisure.
brand information
Other Brands operated by GLH Hotels Management (UK) Ltd