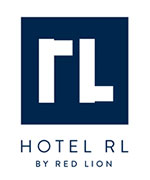 SPOKANE, Wash. -- RLHC (Red Lion Hotels Corporation) (NYSE:RLH) announced today the company has signed a franchise license agreement with a developer in Texas who plans to build a new Hotel RL, the company's upscale brand. Set to open in the first half of 2017, this is the seventh Hotel RL location, the second franchise and the first new construction property announced since the brand launched just over a year ago.

"The Living Stage, Pacific Northwest coffeehouse experience in the lobby and advanced check-in technology integral to the Hotel RL brand all are quickly generating interest among guests and hotel owners," said Brian Quinn, RLHC Senior Vice President and Chief Franchise Officer. "To have announced our seventh deal as a new build in Texas is a huge win for RLHC and this escalating brand."

In addition to its current Hotel RL locations in Baltimore Inner Harbor and Washington, D.C., the company announced a franchise agreement for a location at the St. Louis Airport and three company-operated locations in Salt Lake City, Utah, andSpokane and Olympia, Washington, all expected to convert in the first half of 2016. 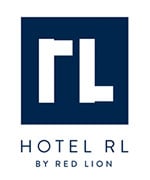