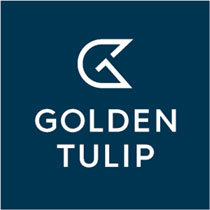 Director of Sales, Ms. Elfa Yuliani Erlangga said the Conference Center now opens East Java to a international branded 5 star M.I.C.E experience. The demand for meetings in Kota Batu at the Convention Center has already been strong.. This new 5 star facility is what the market has been asking for and has the real potential to become the new prominent MICE destination for all of Java..

The city of Batu lies on a slope of several mountains. It has always been an important tourism destination for all Indonesian leisure seekers attracting and average of 4 million visitors per year. The new Golden Tulip Holland Resort become's the first 5 star International branded hotel in all of Malang & Batu. Surrounded by 4 mountain ranges, Kota Batu to retreat away from the heat of the city and is destined to be the new meeting and wedding destination for popular Region..

CEO; PT Sunrise International Persada, owners of Golden Tulip Holland Resort Batu; Mr. Aditya K. Njonoriswondo said: we are excited to partner with Golden Tulip and launch this new flagship property in beautiful Batu City. This European brand has been growing rapidly in indonesia in the past few years and its own heritage has significant historical connection to the region. Our company's investment is a testament to total belief in Tourism in East Java. We have bought in an internationally experienced team of hoteliers to train our young team and endeavor to be the shining star in batu city, Malang

Since 1962, Golden Tulip has been offering modern, 4-star hotels with personalised services in 33 countries. Each hotel reflects the character of its region and guarantees international standards of comfort.
brand information
Other Brands by Louvre Hotels Group