Today, there is even bigger news. Vimana is restructuring what it already considered to be the industry’s best-deal terms by creating a no-nonsense offering designed to drive system growth on a larger scale. New Vimana franchises now have fantastic deal terms such as: 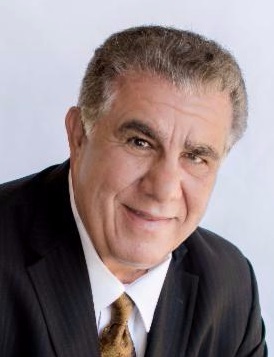 “2017 is a major transitioning year for Vimana, as we continually strive to meet the changing needs of our customers,” said Steve Belmonte, Vimana CEO and co-founder. “There are enormous changes taking places in the franchise landscape; in fact, it’s staggering. The biggest move for Vimana this year was adding a mega-effective infrastructure to create more reservations for anyone joining our system. Then, we looked at our retention rate; it’s at 96 percent. Since the day Vimana was conceived, people signing with our system who had an expiring contract or a window to renew stayed with Vimana. That’s darn good. What this says about Vimana is that our franchisees like us . . . they trust us.”

But being a “good franchise” isn’t good enough; Belmonte said in today’s environment successful companies must be great. Vimana has always been touted as the industry’s “most franchise friendly company.” However, when Belmonte took a deep look at all terms, he found that the company wasn’t as amenable as it could be. It charged initial fees and liquidated damages because window terms were three to five years, etc.

“If we say we are franchise friendly, then we need to be franchise friendly – and that means getting rid of the $3,000 application fee, as well as the $14,000 initial fee,” Belmonte said. “Furthermore, we know that the first three months are always tough on a new property. They have signage to pay for and other expenses, so during that first three months, we decided not to charge any marketing or royalty fees whatsoever. That is what franchise friendly is all about. Vimana’s new advertising campaign, which will hit the industry trades by the end of May and early June, will reflect these new deal terms with the hope that a new powerhouse infrastructure combined with the best deal terms in the industry will substantially enhance system growth. Now that’s friendly.”

Finally, Belmonte said Vimana’s new deal terms are designed to remove any favoritism between franchisors and franchisees, noting that franchising can be somewhat unfair; sometimes an owner with several properties or who has a prior relationship with a franchisor gets a sweeter deal than someone entering a system for the first time.

“By restructuring our deal terms, Vimana is leveling the playing field for everyone,” Belmonte said. “Painful haggling when negotiating fees and terms is a thing of the past. A new owner with one property will get the same deal as a large developer. Those who are skeptical that this program will work should think again. If Vimana is sending a healthy flow of reservations to our franchisees . . . giving them the best deal terms in the industry . . . and treating people right, then why should we, as a franchisor, hold their feet to the fire with long-term contracts, heavy penalties and front-end fees? Few, if any, companies can match this type of service offering. With Vimana, it’s no more nonsense.”