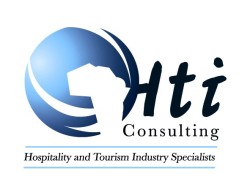 Mauritius experienced yet another year of record tourism arrivals in 2017. This is according to stats from the Mauritius Tourism Promotion Authority (MTPA) who announced that the island c ountry had outperformed official predictions last year, attracting a total of over 1.34 million tourists.

"Mauritius' continued and sustained tourism trends can be attributed to a number of factors," remarks Golay. "Increased air access is undoubtedly one of these as, over the past few years, we've witnessed a number of key international airlines either introducing new flights, increasing their number of flights per week or bolstering capacities on existing flights to the island."

In a strong endorsement for Mauritius as a holiday destination, the idyllic island has also been consistently present in 'top destinations to visit in 2017, 2018' articles (CNN, Condé Nast, Travel and Leisure, Lonely Planet). "Mauritius is also widely regarded as a safe destination and, as such, has gained popularity as several other destinations have unfortunately suffered losses in arrivals due to safety and terrorism concerns," says Golay.

In terms of hotel offerings, Mauritius is characterised by a diversified supply, ranging from midscale business hotels to luxury resorts (bulk of the market) and boasting the largest presence of international hotel groups of any country in Africa. Amongst these are brands such as Rezidor, Starwood/Marriott (with several brands), Accor, Hilton, IHG, Lux, Four Seasons, One&Only, Club Med, RIU, Outrigger, Shangri-la, Beachcomber, Oberoi, Angsana, Constance, Attitude and Veranda.

"When looking at the performance of the islands 5-star market in 2017, one sees a very positive picture emerge," says Golay. "Occupancy rates for these hotels increased 9.3% in 2017, compared to 8.9% in the previous year and a significant improvement from the 1.9% gain in 2015," he states. "With occupancy rates on the rise, these hotels also showed a sound growth of 8.4% in Average Daily Rates (ADR). The Revenue Per Available Room (RevPar) value for these hotels increased by 12.1% during the year, with a substantial 29,8% increase in RevPar in December 2017 vs. December 2016.

Other principle drivers of tourism growth can to be attributed to several initiatives by the Mauritian government and tourism authorities in the past few years, in particular government efforts to promote economic diversification, a favourable business climate and solid infrastructure.

November 2015 saw Mauritius introduce a two-year moratorium on hotel development. "Under the ban, only hotels already under construction (approx. 130 rooms in total) were allowed to open. This enabled existing hotels to undertake refurbishments without the threat of new supply coming into the market and allowed newly refurbished properties time to stabilise and benefit from higher rates and occupancy and, ultimately, better operating profits," explains Golay.

"Also in 2015, Mauritius developed a new Hotel Classification System aimed at providing prospective visitors with relia ble information on the quality of its hotels," he says. "Combined with the ban, the system aimed to encourage existing hoteliers to invest in upgrades in order to achieve better rankings," he says.

"Continuing plans include upskilling employees in the tourism industry to cater to the demands of travellers from emerging markets such as Mainland China and India by accommodating their cultural and culinary habits, setting up a Mauritius Commodities Exchange which will start automatic exchange of tax information with other countries in September 2018, establishing Mauritius as a hub for medical tourism and devising strategies geared towards boosting tourism in the low season," he says.

In terms of new hotel supply? "There are currently only 3 hotels in advanced stages of development on the island. More hotels are in the pipeline and are mostly destined for inland 'smart city' locations or Ebene Cybercity but have not yet broken ground," states Golay.

"Today, however, there is limited prime coastal land still available in Mauritius and it's therefore difficult to foresee the 5-star and luxury market (which requires large plots and prime locations) experiencing significant new supply. We therefore anticipate existing hotel operations to continue thriving."

"On the transactional side, there is relative liquidity in the Mauritian hospitality market as compared to most of continental Africa. With its mature and safe environment and established resort tourism offerings, Mauritius (as well as nearby Seychelles) is often preferred to continental Africa by European and Middle Eastern investors. In addition, several institutional investors are located in Mauritius," he says.

"Five decades on from the country's independence in 1968, Mauritius is a flourishing democracy with an independent legal system and, thanks to its stability, an economic success. Tourism has made an important contribution to this stability and, with the improving global economy and the country carving out a new future tourism economy based on innovation, the country should sustain positive tourism numbers well into the future," concludes Golay.

For more information on these and other services, please see our website: www.hticonsulting.com or contact Hubert Golay Tel: +230 (0) 581 56707 or [email protected]