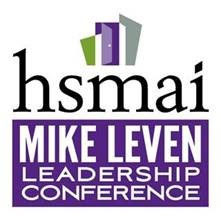 "Year after year our chapters continue to find new and dynamic ways to connect with their members and the hospitality community," said Jenny Teeson, HSMAI's director of chapter management. "It is an honor to recognize our chapters' outstanding efforts and celebrate their achievements."

Over the course of two days, HSMAI chapter leaders gathered at the Mike Leven Leadership Conference to celebrate excellence in education, communications, membership, partnership, special events, and leadership. During the program, the chapters also had the opportunity to discuss best practices and focus on programs to help drive revenue and profits for hotel sales, marketing, and revenue optimization.

The HSMAI Chapter Award Program is named after Frank W. Berkman, who was appointed HSMAI's executive director in the 1960s and served until his retirement in 1981. Each year HSMAI recognizes the best of the best in honor of Frank W. Berkman.

The 2019 Frank W. Berkman Best of the Best winners are:

Collegiate Chapter of the Year

The theme of this year's HSMAI Mike Leven Leadership Conference was "Vision 2020". Throughout the conference, chapters were asked to evaluate and ideate new ideas surrounding content, experience, and promotion. To start, award-winning author and leadership expert Andy Masters gave a keynote presentation on association leadership and discussed how to empower leaders and boards in an era of doing more with less. Chapters also had the opportunity to connect and discuss their challenges and opportunities. To close, motivational speaker Courtney Clark encouraged chapters to still win, even when things don't go according to plan.

The conference was renamed the HSMAI Mike Leven Leadership Conference following a generous donation from the Mike and Andrea Leven Foundation in 2013. This year's conference was made possible by the InterContinental Stephen F. Austin, PSAV, Visit Austin and HSMAI Austin Chapter.

For more information on the awards and conference, please contact Nicole Quain at [email protected].

HSMAI is a global organization of sales, marketing, and revenue optimization professionals representing all segments of the hospitality industry. With a strong focus on education, HSMAI leads the way in identifying and communicating trends in the hospitality industry. Operating as a leading voice for both hospitality and the sales, marketing, and revenue optimization disciplines, HSMAI connects its members with customers. Founded in the United States in 1927, HSMAI is a membership organization comprising 5,000 members from 35 countries and chapters worldwide. HSMAI operates around the globe via regional boards of directors and staff. There are four regions: the Americas, Asia Pacific, Europe, and the Middle East. Each region has signature programs and services for association members. HSMAI has a Global board which is made up of delegates from each region.