What the Future Holds for Sales Professionals

By Ed Skapinok, Immediate Past Chair of HSMAI’s Sales Advisory Board

Things have changed drastically for every discipline in the hospitality industry over the past four months, including sales. As hotels are opening back up, many hospitality professionals are wondering which of these changes should be permanent — if any. HSMAI's Sales Advisory Board (SAB) discussed this topic on a call June 11. Here are a few of SAB members' thoughts on the biggest likely permanent changes they see.

Team structure: While most sales departments have faced layoffs and restructuring in the past few months, several SAB members said that they plan to continue with the modified team models they have built, potentially never going back to their old staffing structure. Other members had salespeople who were laid off but quickly brought back as consultants, with a different compensation model — a small retainer but potentially a large commission. 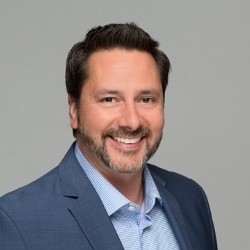 "When we talk about permanent changes, that's something I may go in to 2021 and 2022 with," one SAB member said. "The timing was good. Normally that would be a pretty tough conversation to have with someone earning a decent base salary, but since the timing was right, they were super excited about it and are doing well."

Another SAB member said that their team is bringing back salespeople a few at a time with a new compensation structure and building their team back up slowly, but they don't think they will ever have the same size team as before — because they no longer need it. Other SAB members mentioned changing around their staffing models to eliminate salespeople at the property level and regroup above-property salespeople into clusters. "It's going to look very different — night and day — to what it was before," one SAB member said about their new structure.

Collaboration: As staffs have been consolidated, it has been necessary for salespeople to work more closely than ever before with their peers in marketing and revenue, as well as with salespeople previously working in different areas. "I definitely think there are less silos," one SAB member said. "We don't have as much money to spend, and so we have to work together more in order to make things happen. It's been a good change, though and one that I think will move forward."

Another SAB member said that while in the past they have seen other salespeople be more resistant to utilizing revenue tools, now there is a lot more engagement. "Before this, they tended to say, 'We don't need ideas. We don't need to see the lead scoring. We've got this,'" the member said. "But with the adoption of these tools, the revenue management team is empowering the sales team a lot more, and the salespeople feel like they're able to make a lot sounder decisions because of this."

Another SAB member said the biggest change they have seen is the attitude toward marketing at the director level. "We've seen our directors of sales work more hand-in-hand with marketing, especially in social, because they're tying to capture the leisure market," the member said. "DOSs are used to doing group sales, but now they're suddenly hanging up flyers at laundromats, which gives them a new appreciation for marketing."

Bonus compensation models: SAB members on the call all reported different plans for readjusting payment through bonuses, incentive plans, and even hazard pay.

One SAB member said that he has seen a lot of purse-tightening from companies he has spoken with and has heard that few companies are paying their employees incentives and bonuses this year. "They've got the attitude that 'if you come back, you're just lucky to be there and have a job,'" the member said. "It comes down to the wallet and if the company going to have the money to be able to afford that."

Conversely, another SAB member said that they've "tried the best we could to reset all of our individual targets and adjust the incentive plan." My leadership felt very strongly that we should not have an entire year where the sales team feels that they're not achieving anything variable, because they're all doing a lot."

Another SAB member agreed that incentive compensation should still be considered even in a year as devastating as 2020. "We learned during previous downturns," he said, "that even when revenues were down and the business unprofitable, the financial situation would have been far worse had it not been for the efforts of the hotel's salespeople." This is especially evident during COVID-19 because demand dropped so suddenly and dramatically. "You can tell if your sales team is effective because you will see RevPAR index growing right now. If your hotel is growing share at the moment, it likely isn't because of marketing or revenue management efforts, it's the result of direct sales. Think of incentive pay under these circumstances as an investment to not just keep salespeople motivated, but to minimize financial loss and prevent the situation from spiraling totally out of control."

In that vein, another SAB member said that their company is considering giving hazard pay to staff members who have seen pay cuts but are still doing multiple jobs that they haven't trained for, such as running the front desk and cleaning rooms, on top of their usual job. "We don't want to call it a bonus," the member said, "because it's not really a bonus, but it's saying, 'Hey, you held this together and you deserve something when ownership can fund it.'"

The Hospitality Sales and Marketing Association International (HSMAI) is committed to growing business for hotels and their partners and is the industry's leading advocate for intelligent, sustainable hotel revenue growth. The association provides hotel professionals and their partners with tools, insights, and expertise to fuel sales, inspire marketing, and optimize revenue through programs such as the Adrian Awards, HSMAI ROC, Marketing Strategy Conference, and Sales Leader Forum. Founded in 1927, HSMAI is a membership organization comprising more than 5,000 members worldwide, with 40 chapters in the Americas Region. Connect with HSMAI at hsmai.org, HSMAI Facebook, HSMAI Twitter, and HSMAI YouTube.