Hope and despair in locked down European hospitality sector 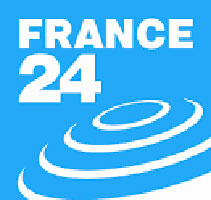 As coronavirus lockdowns are extended across Europe, protests have flared in its hard-hit hospitality sector, along with warnings that many businesses are on the verge of extinction. Four voices from around the continent detail the impact of the crisis on struggling firms.

In Vienna, a recent protest dubbed "five minutes to twelve" was organised to highlight how close many such businesses are to collapse.

One who took part was Christina Hummel, 44, and the third generation of her family to run the Cafe Hummel in Vienna's Josefstadt district.

Many in the sector feel "fobbed off from week to week" by changes to government policy and are finding it impossible to plan, she says.

As to whether she would consider opening in defiance of the law, Hummel says that's out of the question.

"First and foremost I'm a mother of a six-year-old son and I'm responsible for 30 families in my business – I wouldn't do anything which would get me into trouble or mean I would have to pay a fine," she says.

"I'm no Covid denier or conspiracy theorist, we know it's a drastic situation at the moment in the hospitals."

She rejects the label of "rage restaurateurs" that parts of the press have given protesting cafe and restaurant owners, describing herself instead as someone who is "passionate about hospitality".

In the long term, Hummel is optimistic, however.

"Viennese cafe culture has already been through crises. This Viennese way of life will never be defeated; as the saying goes: 'A real Viennese never gives up'."

A more militant attitude is found in the Czech Republic with former rightwing politician Jiri Janacek, who now manages the Maly Janek brewery and restaurant in Jince, a small town about 40 kilometres (25 miles) southwest of Prague.

He has organised protests against restrictions together with other pub owners and re-opened Maly Janek on December 9.

It has remained open ever since in defiance of lockdown, despite visits from the police and a fine from the public health authorities.

"I will never bow to government restrictions," vows Janacek, promising not to "stop until the government stops harming this country".

Janacek says he "ran out of patience with the government when it changed the rules three times within a single week".

He dismisses the danger of infections spreading through businesses such as his.

"There is no sophisticated research, no study that would fully prove this," he insists.

In Geneva, Laurent Terlinchamp, president of the Swiss city's hospitality industry association, sketches out the dire situation the industry finds itself in.

"We wait for help which never comes, promises which are never kept, and the little help which does arrive is trivial," he says of the official response.

Terlinchamp describes his members as being in a state of "despair", adding: "For 30 percent of them, which in Geneva is the equivalent of 600 businesses, it's already too late."

He says his members need more concrete information from the authorities to protect their livelihoods.

"The important thing for me is to know when we can open again under viable conditions" and in the meantime to receive help that means "I won't lose my life... my passion".

Later this week in Sofia, restaurant and bar owners are planning a "march towards freedom" after the government failed to set a reopening date for them.

Read the full article at france24.com