Brace yourself: Long-haul travel may not get going until 2023 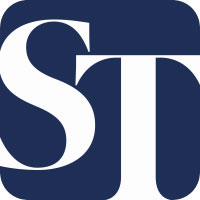 As coronavirus vaccines started rolling out late last year, there was a palpable sense of excitement. People began browsing travel websites and airlines grew optimistic about flying again. Ryanair Holdings even launched a "Jab & Go" campaign alongside images of 20-somethings on holiday, drinks in hand.

It's not working out that way.

For a start, it isn't clear the vaccines actually stop travellers spreading the disease, even if they're less likely to catch it themselves. Neither are the shots proven against the more-infectious mutant strains that have startled governments from Australia to Britain into closing, rather than opening, borders.

An ambitious push by carriers for digital health passports to replace the mandatory quarantines killing travel demand is also fraught with challenges and has yet to win over the World Health Organisation (WHO).

This bleak reality has pushed back expectations of any meaningful recovery in global travel to 2022. That may be too late to save the many airlines with only a few months of cash remaining. And the delay threatens to kill the careers of hundreds of thousands of pilots, flight crew and airport workers who've already been out of work for close to a year.

Rather than a return to worldwide connectivity - one of the economic miracles of the jet era - prolonged international isolation appears unavoidable.

Read the full article at straitstimes.com