Over the past year, the number of expatriate employees in management-level positions in Moscow and St. Petersburg has decreased significantly in 3, 4 and 5-star hotels. 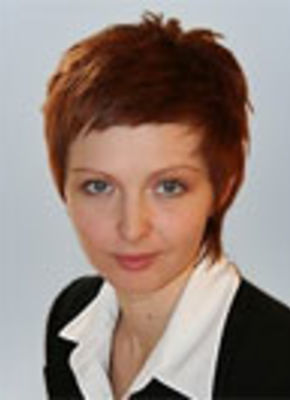 In May 2008, HVS Executive Search–Moscow completed its 2nd annual Compensation Survey of property-level hotel positions in 2 major Russian markets–Moscow and St. Petersburg. This year the survey attracted a larger group of respondents, covered a wider array of positions, and included a larger number of indices. As a result, the survey yielded more in-depth results than the previous year. In this article, we would like to point out the major year-over-year changes from our 2007 Survey, as well as draw your attention to several interesting observations regarding management positions and their packages.

This year, we had wider participation–24 hotels took part in our survey vs. 15 in 2007. Additionally, there has been an increased participation from non-chain, unaffiliated properties in Moscow and St. Petersburg. This year we had participation from 3, 4 and 5-star hotels, for which the salary information exchange became habitual a long time ago. We are hopeful that next year we will be able to attract more participants from both the Russian regions and CIS.

We included more dimensions of management compensation packages in our survey this year. This year, we don't only report on base salary, bonus, and total comp, but also monetary values of medical insurance and meal allowance for management positions. For non-management employees, we are covering base salary figures, bonus and total cash compensation in this year's report.

The most drastic change from last year's survey is the reported decrease in number of expatriate employees in property-level management positions. While we reported some expatriate presence in nearly all positions surveyed last year, this year the only jobs that were still steadily held by expats were General Manager and Executive Chef, with some inclusion of Director of Food & Beverage. Amazingly, this holds true among all hotel categories across 3, 4, and 5 star properties. See Table 1 for graphical representation of the data on various positions.

With a decrease in a number of expatriates in management positions, we observed a smaller number of hotels that provided additional benefits to their top managers such as housing, car and travel allowance. Interestingly, not only has there been a decrease in a number of expats getting this package, but a number of local managers that used to have similar packages to that of expats seem to have been stripped of excessive add-ons. Either hotels are starting to count their kopecks, or there is a new breed of managers starting to appear, for which other things matter more: association with a recognizable name, ability to grow professionally and learn from the best in the industry and career opportunities, to name just a few.

Another sizeable change occurred, not surprisingly, in the base salary figures of all Russian labor market participants. As the ruble gets stronger and the demand for staff grows, the candidates start demanding a premium for having a local expertise, knowing the market, and speaking the language. Some of the changes (in US Dollars, gross) year-over-year, are shown in the Table 2 below.

In 2007-2008 RevPAR increases in Russia have been in the neighbourhood of 10-15% per annum, which may justify some of the noted spending on execs' pay. It's been industry knowledge for some time that Russia is enjoying one the lowest proportions of labour cost to ADR. Perhaps it is now creeping up to match the world standard. Russia's annual inflation rates in the past couple of years have been around 9-11%, and it's customary for employers in Russia and the former USSR states to give “pro-rated inflation equalization” raises.

And still, such substantial over-the-board increases in executive pay prompt further questioning into whether this is consistent with the line-level pay increases and with the hotels' profitability/revenues. We will look into the line employee pay levels in the next article of this short sequel.

Tatiana Veller is Managing Director of HVS Executive Search - Russia. Tatiana specializes in Executive Search and compensation consulting for all facets of the Hospitality industry in the territory of Russia, CIS and the Baltics. For more information, questions and comments please contact Tatiana Veller at [email protected] or phone numbers +7 (495) 230-0117 and +7 (909) 642-0313.