Rate parity – the elusive dream which just got more elusive 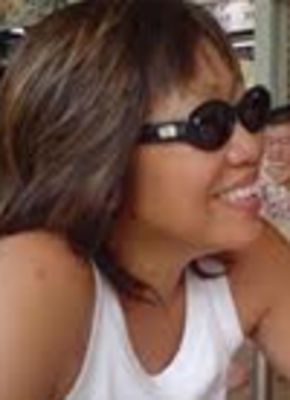 Hotels claim they’ve got rate parity. After all, they’ve been working on it for years. But what’s the reality especially in the current market conditions? Has rate parity flown out of the window? Yeoh Siew Hoon reports.

The first thought that popped into my head when I saw a news release headlined “What happened to rate parity?” was “Was there ever?” And what’s rate parity anyway? Is that the same as rate integrity, something the hotel industry has been dreaming of for years?

The release issued by Cornell Nanyang Institute of Hospitality Management (CNI), reporting on a recent CNI Thought Leaders in Revenue Management Roundtable, was basically saying that maintaining rate parity in the current climate of deep industry discounting was becoming a challenge.

I decided to take up this issue with a few hoteliers.

Responding to the question, “was there ever rate parity?”, Frank Trampert , executive vice president, revenue generation of Carlson Hotels Worldwide-Asia, said, “Some do a better job than others.

“To be specific, you have to probably define rate parity first. If it means to provide rate parity across all distribution channels for publicly available rates (same rate/package/conditions), I believe we are doing a pretty good job (as does the majority of my international hotel chain colleagues). Many technology enhancements were introduced over the past years that made the distribution of publicly available rates easier and more controllable.”

Maria Taylor, vice president of distribution for Accor Asia Pacific, said, “Actually we have managed to achieve "Online Rate Parity" for the past three years. Any Rate parity checks across our network find better than 95% dates and Hotels in parity but it took two years to get to that with making tour operators/ wholesalers take static contracted rates off the internet.”

“It is interesting that just when we get close to really managing hotel inventory with some sort of realistic strategy, along comes a market downturn, and everything gets “thrown out the window”. No wonder the poor consumer is learning to just focus on finding the cheapest price.”

Asked to explain the difference between rate parity and rate integrity, Dennis, who worked with Marriott International, said, “Well, you can have rate integrity without rate parity, if you announce and promote your actual rate strategy, thus maintaining your integrity.

“With “rate parity” out the window at the moment, and the OTAs gathering market share, it would be interesting to see what the major online hotel companies think.”

To Jos Weesjes , vice president distribution, marketing & revenue management, InterContinental Hotels Group (IHG) Asia Pacific, rate parity means having the same rate across all channels accessible to the customer. If you achieve this, then you have rate integrity across the system.

“The industry was known for its disparate rates in the past but with the rise of the Internet and transparency of rate displays by the Online Travel Agencies (OTA), hotels realised that they had to keep their rate parity intact, otherwise the OTAs would be setting their de facto rate strategy.

“It had nothing to do with whether we liked or did not like the OTAs – rate parity is in the interest of the consumers.”

In 2001, IHG took steps to ensure that the major OTAs complied with company strategy. “It took us about a year or more to align our rates across the system. Of course there are always OTAs out there that might not comply but by and large the system works,” said Weesjes.

IHG then launched its Lowest Internet Rate Guarantee to give consumers the confidence to book on its website.

Weesjes however admits that maintaining rate parity in the current climate is a challenge for all hotel groups. “It is more difficult in today’s climate because of the rate fluctuations and we have to make sure correct prices are reflected all the time.”

Trampert sees the challenge to rate parity as coming from the wholesale distribution channel, which accounts for about 35% of Carlson’s business in Asia Pacific.

“Many online wholesalers distribute rates through their own channels without the hotels’ knowledge. Those rates undercut the pricing structure and cause issues. Some good examples for well-known violators are AWD and Asiarooms. Everyone knows – only a few talk about it.

“In addition OTAs that are not connected to a CRS cause another opportunity for “leakage” once the hotel amends rates that are not automatically updated on those sites.”

Conceding therefore that “there may never have been rate parity”, Trampert said, “A lot of efforts were made over the past years to reduce the occurrences of non-parity. It would help if wholesalers would finally join the “technology” train and improve their backend systems to integrate with suppliers.”

An industry observer who used to work in revenue management and distribution for a major hotel brand described what was happening right now with hotel pricing as “chaos”.

“You’ve got a triple whammy happening for hotels. One, the economy which is impacting revenues, two, business from distributors which has dropped and three, distributors asking for increased commissions.

“A lot of wholesalers are also setting up their own websites to compete with the OTAs and guess what, they are displaying contracted rates which usually have a 30% margin. And the OTAs are then turning round and saying, that’s not right.

“So yes, these are tough times and tough love is needed. But is the industry up for the tough love part of it?”

Yeoh Siew Hoon is the Editor-at-Large for Shy Ventures – a company that she founded, that is driven by the mantra: “Content, Communication, Connection”. The multi-talented Miss Yeoh also created and manages the highly regarded travel insider website www.thetransitcafe.com, while publishing her signature columns and features in key travel industry titles, and business and lifestyle magazines.