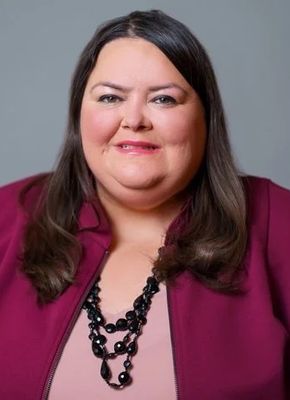 The hotel industry is often said to see cycles of performance over the course of years and decades. But fluctuations in services, rates, and demand require more frequent examination.

Every hotelier knows this is a volatile industry, swept up to great heights in economic updrafts, and plummeting sharply as these winds recede.

Shifts in hotel values have also been notable over the past several years, and the notion of volatility is actually fundamental to how professional hotel appraisers approach an assignment. While office space and other kinds of commercial real estate lock down lease agreements by the month or year, new leases are signed every night at the typical hotel, and rates can change by the hour. Given this constant flux, a strong methodology for quantifying daily data on revenues, expenses, occupancy, and average rate into a comprehensive perspective on a hotel’s performance is crucial, especially when it comes to understanding the property’s current and projected value.

Below we briefly review how various volatile elements are affecting hotels as the industry recovers from the downturn.

The economic recovery that has taken root this year gives hotel owners and operators reason to be optimistic. At the same time, the economy still stands on shaky ground, and its tremors will have an acute and sometimes prolonged effect on industry fundamentals.

The most prevalent area of concern for hoteliers is average rate. Even as demand grows and occupancy strengthens, average rate has lagged behind. There are many reasons for this. Rates were heavily discounted at hotels during the recession, an effort to attract guests wanting to squeeze the most from their lodging dollar. Hotels from the budget to the luxury tiers felt the effect, but while the four-star, full-service properties have been able to recover some ground, rates at limited- and select-service hotels remain stubborn. Online travel agencies (OTAs) are often cited as exaggerating the problem, as they create a sense among consumers that hotels are hiking their rates and keeping travelers from scoring the best deals. Efforts on the part of hotel companies and organizations like the Asian American Hotel Owners Association are working to combat this negative perception, but average rate growth is expected to remain embattled for at least the near term.

More and more independent hoteliers and corporations are finding promise in lifestyle and boutique hotels. With major new brands like Hilton’s Home2Suites, Starwood’s aloft and element, IHG’s Hotel Indigo, and others having come on the scene over the past few years, the hotel landscape is shifting in league with travelers’ more sophisticated expectations. One of the trends ushered in by lifestyle hotels is the complimentary offering of Wi-Fi and Internet access, an area of some concern among hoteliers. The offering of complimentary features and services behaves a lot like the offering of discounted rates: guests are quick to latch on, which is good for filling rooms in the short run—but they’re also loathe to let go, meaning that hoteliers will have a hard time charging for amenities that guests are used to getting for free. As a result, expect these “value-added” perks to remain a linchpin of a given hotel’s competitive positioning and marketing efforts.

Some brand representatives have touched on the importance of moving U.S. hotel brands into international markets. Hotels branded with Marriott, Hilton, and other major U.S. companies have proliferated and are doing well in markets in Mexico, for example, and hotel companies realize the potential for further development overseas. This is especially inspired by increased levels of international business travel, creating a large contingent of guests who place a premium on standards—comfortable beds, free Internet, quality amenities, and redeemable rewards points—that a brand guarantees.

Hotel brands and even individual assets tend to operate independently of each other with respect to raising rates and offering complimentary amenities and services. This makes the industry different from, for example, the airlines, which work more in unison to create new paradigms (e.g., baggage fees, which became a reality almost overnight). There are of course outliers among the airlines (think Southwest with its complimentary drinks, snacks, and baggage checks), but individual hotel brands are more apt to initiate a new offering independently or be constrained to following industry trends.

Outlook for the Dallas Hotel Market

Market trends show Texas faring much better than the rest of the nation when it comes to the overall economy and hotel performance in particular. The Dallas/Fort Worth region is especially significant, with signs of recovery in 2010 that should continue with an even more profound impact next year. As noted above, demand growth will likely outpace rate gains for the next few years, though occupancy and rate should increase enough to measurably raise RevPAR levels in 2012 and beyond.

Hoteliers have thought hard over the past year about how operational practices and external volatilities impact short- and long-term performance. Demand growth will lead the way as the economy continues to recover, though it remains to be seen how the recent trends of complimentary services and discounted rates will affect overall revenues. Hotel owners, investors, consultants, and appraisers will need to keep a close eye on fluctuations in the economy, the industry, and individual hotel markets and assets. But the good news, particularly for Dallas area hotels, is that overall performance metrics are on the upswing, a trend expected to continue as the national and international economies strengthen and elicit more travel.

About Kathleen D. Donahue | Kathleen is a Senior Project Manager for the HVS Texas office. She joined the office from Radisson operations in Austin, where she also graduated from the University of Texas. Kathleen's operations experience in a variety of full-service hotels allows her to provide a level of expertise and insight valued by hotel investors and lenders. As a Senior Project Manager for the office, Kathleen oversees site inspections, analyses, and report preparation for our valued clients. She is a certified general appraiser in nine states across the western and south central U.S. While at home, Kathleen stays active with her two dogs: Basil (a Yorkshire terrier) and Bentley (a Maltese). As the only native Texan in her family, Kathleen enjoys living close to her hometown of Arlington, Texas. Kathleen garnered a passion for cooking (her specialty dish is Bruschetta) from her father, who is a favorite guest at the dinner table. Her culinary curiosity often prompts her to enjoy a diverse mix of dining venues while engaging in another favorite hobby, traveling.

About Jane L. Rogers | Jane is a Vice President with the HVS Dallas/Fort Worth and Mexico City offices and is a primary manager for Mexico and Central America consulting assignments. Jane earned her bachelor's degree from the University of Texas at Austin and has completed graduate work at Texas Woman's University; she is multilingual in English, Spanish, and French. Jane has held positions in both food and beverage operations and hotel rooms divisions, including the position of reservations manager for Hilton Hotels and Resorts. She is a certified general appraiser in Texas. Contact Jane at (214) 724-7995 or [email protected]

Kathleen Donahue is a Senior Vice President with the HVS Dallas consulting and valuation office. Kathleen joined HVS from Radisson operations in Austin, following graduation from The University of Texas at Austin. She is licensed as a certified general appraiser in Texas and surrounding states and has particularly strong knowledge of hotel markets in north Texas, Oklahoma, and Arkansas.

HVS is a leader in global hospitality financial consulting. Hotel owners, developers, investors, lenders, management companies, and public agencies around the world rely on HVS to make informed business decisions. HVS's commitment to excellence and unrivalled hospitality intelligence is delivered by more than 300 people in over 50 offices throughout the world who specialize in a wide range of hospitality assets including hotels, restaurants, casinos, shared ownership lodging, mixed-use developments, spas, and golf courses, as well as conventions, sports, and entertainment facilities. For more information about HVS visit https://hvs.com.