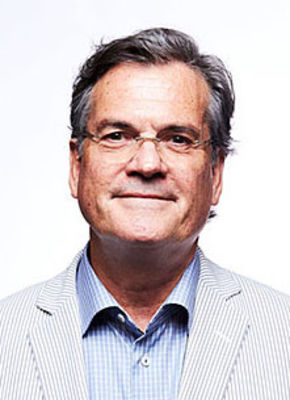 Data from Smith Travel Research ("STR") reveals that U.S. industry-wide average room rates in Q3 2010 experienced their first year-over-year quarterly increase since Q3 2008. This outcome brought to an end an unprecedented two-year period of severe price discounting during which, in real terms, the average cost to rent a room returned to 1996 levels. This reality brings to mind a lament heard often at many industry conferences: "What if hotel managers had simply elected to adjust their room rates in sync with inflation – as opposed to discounting - think about how much higher prices would be today!"

According to Wikipedia, a term for this mind set is counterfactual thinking, a concept that deals with the tendency people have to imagine alternatives to reality. Humans are predisposed to think about how things could have turned out differently if only ... and to imagine: what if? The unfortunate reality is that hotel managers did not discount their room rates willingly. Their actions were a consequence of the most severe disconnect between the property (supply) cycle and the business (demand) cycle that occurred since STR began collecting data in the 1980's. From 2007 through 2009, total U.S. lodging demand decreased at an average rate of 2.3 percent per year while supply grew by 2.3 percent per year (per STR). Industry occupancy declined from 62.8 percent in 2007 to 54.5 percent by year end 2009 as a result.

While much research has been completed that reveals discounting in the lodging industry rarely pays, the fundamental laws of economics support the notion that excess supply leads to declining prices. STR reported that the Average Daily Rate (ADR) for all hotels in the U.S. declined by 8.5 percent in 2009. This phenomenon held true in each of the 50 U.S. markets that comprise the Colliers PKF Hospitality Research Hotel Horizons® universe. The range in outcomes during the period included an ADR decline of 2.6 percent in Pittsburgh (the best performer) to a decline of 22.3 percent in New York.

Economic theory also holds that an inverse relationship exists between price and demand - as one goes up the other goes down. Analysis of the STR reported increase in hotel demand for 2010, when compared to the underlying change in the domestic economy suggests that low room rates likely contributed to the surprising surge in the volume of hotel guests during this period. Since price and demand are related, analysis of the Revenue per Available Room (RevPAR) statistic is more appropriate than a singular focus on ADR.

STR reported that the 2009 RevPAR for all U.S. hotels declined by 16.6 percent relative to the 2008 level, and that the variance across the 50 Hotel Horizons® universe ranged from a decline of 6.3 percent in Pittsburgh (once again, the best performer) to a decline of 26.2 percent in New York.

In contemplating the question "What if?" all this price cutting in 2009 had not occurred, it seems appropriate to take into consideration market behavior leading up to the period which we now know was the worst performance year on record for U.S. hotels. To establish a framework for this analysis, the cyclical conclusion of the previous industry downturn appears to have been in 2004, when (per STR) the nationwide occupancy level approached long run average levels. Further, since STR began collecting supply, demand and revenue data in 1987, long run average (or trend) is defined as the period 1987 through 2004. Thus, the counterfactual exercise is as follows:

"If the change in industry RevPAR during the period 2005 through 2009 had approximated long run average levels, how would the actual 2009 RevPAR amount compare to the hypothecated level?"

Table 1 below shows the results of this analysis.

Select observations of these results are as follows:

What does the impending recovery hold?

Increased evidence continues to surface that the domestic lodging industry is once again on a sustained, albeit lengthy, road to recovery. Continued increases in demand, in concert with well-below average growth in available supply, suggest well-above average levels of performance. Using the March - May 2011 Hotel Horizons® forecast for the U.S., Table 2 illustrates a comparison of the expected levels of RevPAR for the period 2011 through 2015 to the counterfactual levels of RevPAR assuming that only the long run average rate of change is realized.

Select observations of these results are as follows:

R. Mark Woodworth is president of PKF Hospitality Research. He is located in the firm's Atlanta office. For more information on PKF-HR's forecast reports, please visit www.hotelhorizons.com. Parts of this article were published in the February 2011 edition of Lodging.

Woodworth has spent more than 35 years building ironclad credibility in the hospitality business. He has been quoted on hospitality issues in numerous high-profile media outlets and industry publications, and been qualified as an expert to provide testimony in legal proceedings regarding hospitality properties.