Tourism in Rio: The Hotel Challenge 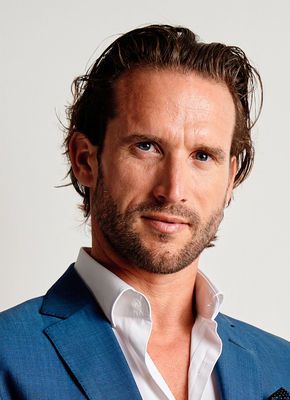 World Youth Day next year, FIFA World Cup in 2014, the 450th anniversary of Rio in 2015, the Olympic Games in 2016 ... Theatre of a growing number of world events in the coming years, Brazil has a great future in the Tourism and Hospitality industry. Having earned $ 79 billion in tourism revenue in 2011, the country will have, according to the World Tourism Organization, an increase of 7.8% in the same sector this year. If the destination attracts many foreigners, It is mainly driven by local tourism, boosted by the steady rise in the standard of living, which is experiencing significant growth: + 6.5% in 2011.

More business opportunities to take advantage from, for the BRIC country that became the seventh world economic power. Immediate target: the World Cup 2014. Only in Rio de Janeiro, it will generate 170,000 jobs, including 100,000 in tourism, says the Ministry of Tourism. And officials hope that the event will bring five times more than its cost. Ambitious goal, as the challenges are major to provide appropriate reception and accomodation: Rio is forced to increase its capacity by 9,000 beds until 2014!

"The Brazilian market shows a significant deficit of rooms: it has less than 10,000 hotels throughout the country. In number of rooms, it represents less than 10% of the U.S. market, "says the French entrepreneur, Erwan Garnier, former operations Manager of InterContinental Hotels & Resorts in South Africa and former Director of Performance at Hilton Worldwide who has just launched Mise en Place, a program to boost the performance and profitability of Brazilian hotels in the perspective of the World Cup and the Olympics. "Having an obvious lack of infrastructure to accommodate delegations and the public for these international events, Brazil also has a big problem of quality and service in the existing hotels ».

Aware of the Hotel industry challenge, the Brazilian Ministry of Tourism has for the first time launched a Hotel classification system, called SBClass, rating properties from 1 to 5 stars. The innovation of SBClass is to include the criteria of environmental sustainability alongside the quality of infrastructure and services. To become a five-star hotel, Brazilian hotels will not only provide bathrooms of minimum size of 4m2 and bathrobes in all rooms, but also reduce energy consumption and selecting suppliers that respect environmental standards.

Support from foreign professionals with a global expertise will be crucial to allow hotels to grow in time with new official standards. If large international hotel groups have important sights on the country - Accor plans to double its portfolio in five years - 80% of the Brazilian market remain independent hotels. "The boutique hotels and mid-sized hotels are increasingly requesting our international expertise, says Erwan Garnier. We establish their operational audit, service by service, to identify gaps, bring strategic advices and support to improve each key area: operation, management, sales, marketing and communication ».

A step is needed to bridge the growing gap between the level of service and international customer requirements as well as national ones. Regulars travelers to Brazil know: even the most prestigious institutions are in need of qualified personnel at many levels. And when they have competent professionals, hotels are struggling to keep them, because of the lack of attractiveness of salaries and local benefits.

Implement effective policies for recruitment and human resource development: this is one of the major challenges that must overcome the Brazilian hotels. "Human development is a key element in the success of any hotel project. Establish a corporate culture, develop a recruitment strategy, mapping skills and setting a training plan and annual incentive: the Brazilian institutions must step up in human development to be ready for the upcoming events" said Erwan Garnier. This is the price they can create an environment appropriate for customer service and team development. As we say in our profession: « Happy team means Happy guest! »