Impact of Chinese Investment and Tourism on the Vancouver Lodging Industry

Centuries of Chinese immigration has led to the current surge in tourism and investment into the city. This first installment of a three-part series examines how history has created a roadmap for Chinese investment and tourism into Vancouver. 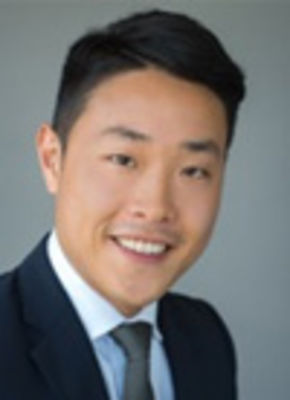 This is the first installment in a three-part series examining the impact of the Chinese market on Canada's lodging industry, with special emphasis on the city of Vancouver. In this installment, we examine Vancouver's connection with Chinese immigration and the role that this history plays in the current surge of investment and tourism into Vancouver from the People's Republic of China. Chinese investor attitudes and tourism to Vancouver will be discussed in the second and final installments of the series.

U
nderstanding the History: How Centuries of Chinese Immigration Has Led To A Surge in Hotel Investment and Tourism in Vancouver

Canada's high quality of life, fair political process, and stable economy have created an environment that has fostered foreign investment. From the viewpoint of the Chinese investor, however, one of Vancouver's single greatest assets is its long-established Chinese community. Indeed, Vancouver currently has one of the largest Chinese communities outside of Asia. Historically, Chinese investors have shown a strong preference for moving into foreign markets where Chinese expatriate communities have long been established. This effectively makes the foreign market less foreign, as there is a class of people who, fluent in the languages and customs of both cultures, can function as brokers to smooth and cement business dealings and negotiate the barriers that inevitably arise when different cultures meet.

The fruition of Vancouver as an opportunity for Chinese investors today is thus rooted in the waves of Chinese immigration to British Columbia that first got underway in the 19th Century. The Chinese community in Vancouver has been shaped by the evolving immigration policies of the Canadian government. The race-based, protectionist policies contained in the Chinese Immigration Acts of the 19th Century were eventually supplanted by more enlightened policies in the 20th and 21st Centuries, all of which deeply influenced the development of Vancouver's Chinese community. To understand Vancouver's particular position in the eyes of Chinese investors today, it is necessary to understand the social and political forces that shaped development of Chinese-Canadian community in Vancouver.

The first wave of Chinese settlers arrived in British Columbia to participate in the Fraser Canyon Gold Rush and the construction of the Canadian Pacific Railway. These immigrants arrived and settled in what is now known as Vancouver's Chinatown, which was then the poorest neighbourhood in town. In response to the influx of Chinese settlers in the 19th Century, Canada imposed anti-Chinese immigration policies as a way to protect employment opportunities for established citizens during periods of economic weakness. This fostered a climate that was hostile to Chinese immigrants, who were actively discriminated against socially, legally, and politically. In this period, Vancouver's Trades & Labour Council established the Asiatic Exclusion League, which aimed to keep "Orientals" out of British Columbia. The federal government's Chinese Immigration Act of 1885 imposed a head tax on Chinese immigrants, which was a burden on Chinese workers in Canada trying to bring family members to Canada and create a better life. The Chinese Immigration Acts of 1923 to 1947 imposed further bans on the Chinese, except for immigrants that were classified under specific titles and statuses.

This was a very difficult time for Chinese immigrants in Canada, but the unintended consequence of the racist policies that were enacted at the local, provincial, and federal levels of government was that Chinese immigrants had to rely on each other for survival, which led to the establishment of insular Chinese communities that remained separate and distinct from other immigrant communities and the established settler society. Immigration without the possibility of assimilation set the stage for the emergence of urban Chinese ghettos, otherwise known as Chinatown. For many years, Chinatown was the only place that welcomed Chinese immigrants, which led to the rapid growth of these enclaves. Today, with the removal of the racist barriers and policies that made Chinatown necessary in the first place, Chinese immigrants are favouring other areas of Vancouver for settlement, and the population makeup of Chinatown is diversifying and becoming less concentrated with those of Chinese descent.

In the mid-20th Century, there was a shift in Canada's attitude towards immigration. Rather than "protecting" the country from certain kinds of people, the focus shifted to bringing in a certain class of immigrants that were moneyed and educated as a way of supporting the social and economic prosperity of the country as a whole. In 1962, Canada eliminated the preferred country of origin system for selecting immigrants, and in 1967 the "points system" was introduced. The points system used merit in place of race and country of origin as a means for selecting immigrants. Candidates were scored up to a fixed number of points for different categories; immigration was granted once they had reached a certain number of total points. This new system attracted the first wave of immigrants from the Special Administration Region (SAR) of Hong Kong. The real tipping point for Chinese immigration, however, was the Immigration Act of 1976, which targeted immigrants who belonged to the "business class." Under the business class designation, residency in Canada was contingent upon purchasing businesses or making investments in the country.

In the 1980s and through most of the 1990s, the highest number of Chinese immigrants to Canada came from the Hong Kong SAR, with most choosing to settle in Vancouver. During this period, Britain was preparing for the official transfer of the sovereignty of Hong Kong back to the People's Republic of China (PRC). The Sino-British Joint Declaration, which had been signed in 1985, came into effect in 1997. Although the agreement guaranteed that Hong Kong's way of life would remain unchanged for 50 years, the violent and deadly clashes between student demonstrators and state military at Tiananmen Square on July 4, 1989, were fresh in the minds of Hong Kong people, who greatly feared that the transfer of government would bring about a loss of their freedom, or worse. To avoid the political and economic uncertainly of Hong Kong after the "handover," Hong Kong's business class looked for a way out of the city and were drawn to cities like Vancouver, which offered an economic and political safe haven and came with an already well-established Chinese community. The Canadian government welcomed these business-class immigrants with open arms, as they injected billions of dollars in investments and funds into the national economy.

The influx of immigrants from Hong Kong after 1985 resulted in the severe inflation of residential real estate values in Vancouver; the high demand for an undersupply of residential housing drove prices up. In addition to driving up house prices, immigrants from Hong Kong, who came with large and easily accessible equity, also spurred growth in commercial development, resulting in the flourishing of Chinese businesses and real estate developments in Vancouver. With the development of these businesses and financial institutions, Vancouver became Asia's gateway to Canada's Pacific Rim. The solid infrastructure of Chinese businesses and real estate holdings that was established over many years is the reason for the growth in investment from the PRC that Vancouver is seeing today.

Immigration from Hong Kong declined dramatically after 1997, as many immigrants from Hong Kong returned back to that city after seeing that the economy continued to thrive following the handover. Since 1997, the Chinese immigrants, investors, and tourists coming to Vancouver have been mainly from the PRC. Historically, immigration from China remained low because of the lack of formal diplomatic relations with Canada. In 1970, the two countries established formal diplomatic relations, but even then immigration from the PRC did not increase until after the Tiananmen Square Massacre. Whether China currently constitutes a socialist and/or a capitalist society remains open to debate, but it is clear that the social and market reforms that unfolded in the PRC at the turn of the century have increased the number of citizens from the country seeking education and foreign investment opportunities in Canada. This trend remains in place today and is expected to continue for the foreseeable future.

As a safe haven for investment and education, Canada is a desirable location for Chinese investment. Vancouver, with its position as Asia's gateway to Canada's Pacific Rim, is positioned to realize a greater share of the interest that investors based in the PRC are taking in Canadian real estate, largely because of the presence of the city's well-established Chinese community that has grown and flourished through centuries of immigration and local investment.

In the next installment in this series, we will look at the unique motivations driving investors from the People's Republic of China to take an interest in Canadian real estate investments, including hotels.

Understanding the Motivations: Why the Vancouver Market is on the Chinese Investor’s Radar | By Duncan Chiu

6 October 2014 — This is the second installment in a three-part series examining the impact of the Chinese market on Canada's lodging industry, with special emphasis on the city of Vancouver (Read first installment here). In this installment, we examine the unique context that informs the decisions of the Chinese investor, the motivations these investors have for investing in foreign markets, and why the Vancouver hotel market is poised to see an influx of Chinese capital.
Read more

Duncan Chiu is an associate with the HVS Vancouver office in Canada. Duncan graduated from the University of Guelph with a Bachelor of Commerce degree, majoring in Hotel and Food Administration. Prior to joining HVS, Duncan worked in revenue management for Shangri-La Hotels and Resorts in Hong Kong.