When Picking a Hotel at Disney World Does Money Buy Magic?

By Zach Blatt, Founder of RightBid 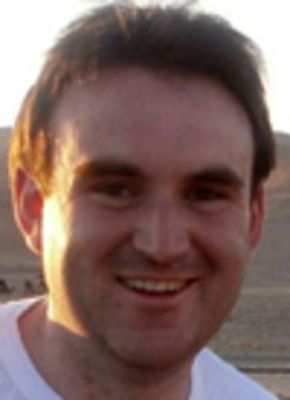 There are few pastimes more exciting than planning out a family vacation to Disney World. With thirty resort hotels in Disney Worlds and countless other hotels in nearby Orlando and Kissimmee customers have many options from which to choose. But does spending money on a more expensive hotel lead to a better customer experience? I ran a list of 30 Disney Hotels through our RightBid Feedback Collector software to find out1. We collected summary rating data from leading travel sites like TripAdvisor, Priceline, and Hotels.com that included 93,569 customer rating votes and 39,168 text reviews. Through our analysis we applied the advertised starting price from .

Overall Disney’s hotels had very positive reviews – The median hotel had a weighted review score of 4.43 on a five point scale (this equates to roughly the 90th percentile from my recent study of Philadelphia area brand name hotels ). Fifty percent of all hotels had ratings between 4.08 and 4.49. The top rated hotel, Disney’s BoardWalk Inn came in just above this with a rating of 4.55. Only Disney’s Coronado Springs had a rating below four—coming in well below the rest with a rating of 3.67. Pricewise the hotels range from $98/night at Disney’s value hotels (such as Disney’s All-Star Movies Resort), to approximately $181 for Disney’s moderate hotels (such as the two Port Orleans Resorts), to between $289 and $496 per night for Disney’s Deluxe hotels (such as the Grand Floridian Resort). Based on our findings, if you’re planning a trip to Disney World we recommend you consider the Art of Animation Hotel (value), Port Orleans French Quarter (moderate), and Disney’s BoardWalk Inn (deluxe) and think twice about the All-Star Movies (value), Coronado Springs (moderate), and the Contemporary and Polynesian Resorts (deluxe).

We ran several models to test whether the more expensive hotels had stronger customer ratings. We regressed customer rating on price and observed the following relationship:

While the t-stat of 3.61 indicates that the multiplier on price is statistically significant, what is striking here is just how minimal the relationship between price and rating is. Put another way, a $100 nightly increase in price (roughly the cost of moving from a value to a moderate resort) should lead to an increase of just 0.11 in the customer rating. In other words, you’ll have to pay far more to move from great to excellent. (In our Philadelphia hotel study this is roughly equivalent to the difference between a Hilton and a Hampton Inn).

Now it could be that customers find the more expensive hotels to be overpriced, which would explain the weak improvement in rating based on price alone. To test this we regress rating on the price as well as the value rating that customers assign to each resort:

Given that the value rating is on a scale of 0 to 100, it appears that the value rating has no meaningful effect on the customer rating. However in this model the coefficient on price is slightly negative indicating the opposite of what you would expect in the first model. This is further evidence that the advantages of Disney’s more expensive resorts are slight.

One last question we looked at was whether these patterns held up for families booking a vacation. While we couldn’t separate out families from all reviewers, we were able to isolate out ratings by age and gender. Women aged 35-49 are likely to be travelling with young children and play a disproportionate role in the booking process for Disney World. In our sample, 35% of all reviews came from this demographic as compared with 20.3% of reviewers in a recent study of upscale hotels. We regressed rating on price just for this sample and found the following relationship:

This closely mirrors the pattern for larger study as a whole. Among this demographic the Animal Kingdom Lodge and the Art of Animation Resort fare unusually well given their price.

We found that Disney’s high-price resorts offer only a slightly better customer experience than their lower price alternatives. Given that the deluxe hotels cost over three times more per night than the value hotels, your family may be better off opting for one of the less expensive hotels and staying for a day or two longer. If you take this option, you can always use the time to try what I enjoyed doing on my Disney vacations as a kid —take the bus to the luxury hotels and enjoy the best waterslides for free!

1 Several hotels were omitted from our study. The Disney Swan and Dolphin was collected as a single hotel (Disney advertises them as two hotels). Disney Animal Kingdom Villas Jambo House was omitted. Several villas and campgrounds were excluded from the study including the Disney Wilderness Campground.

Zach Blatt is the founder of RightBid, a software company that produces research for the hotel, restaurant, and e-commerce industries. The RightBid Feedback Collector software can collect detailed customer feedback data from some of the largest hotel chains from leading online review sites enabling industry decision makers to deliver a stronger customer experience. For more information email [email protected] or visit www.rightbidretail.com.