Technology Trauma May Cause Guests to Need the ER-Emotional Recovery 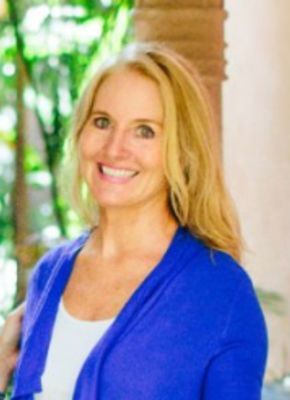 Please press "1" if you are frustrated, please press "2" if you are annoyed and please press "3" if you just want to SCREAM about technology replacing human resources and decision making!!! According to Professor Stephen Hawking, one of today's pre-eminent scientists, when asked about the progression and greater impact of technology, he recently told the BBC, "The development of full artificial intelligence could spell the end of the human race." He continued with, "Humans, who are limited by slow biological evolution, couldn't compete and would be superseded." Yikes, could our hospitality leaders and employees actually be superseded?

According to Professor Stephen Hawking, one of today's pre-eminent scientists, when asked about the progression and greater impact of technology, he recently told the BBC, "The development of full artificial intelligence could spell the end of the human race." He continued with, "Humans, who are limited by slow biological evolution, couldn't compete and would be superseded." Yikes, could our hospitality leaders and employees actually be superseded?

Professor Hawking's potential forecast may seem dramatic, questionable or at least a very distant possibility to some. Yet, the issue of today's tremendous innovations and applications of technology in so many arenas, including hospitality is; how are the humans who direct, support or manage that technology doing when all does not go smoothly and how are they using their "biology" to do things the computers and software can NOT do?

How many times are hospitality and business leaders and their teams alienating loyal guests and potential customers due to a disconnect between technology solutions and human interactions? With exciting technologies emerging in all areas of hospitality and business daily, how are hoteliers preparing, managing and training their teams to ensure the personal touch is not lost Are the humans and technology performing as a team or two separate roles? How are they ensuring that reactions, responses and emotions do not also become automated for guests and especially that their employees are not all superseded by machines? And, when technology does cause some form of trauma, how well are employees trained to send guests to the ER and deliver an emotional recovery?

The Answer: Mobilize and train human beings to come to the rescue!

After staying in a well-known flagged hotel in the Northwest United States several times and being one of their loyalty club members, I thought making my next reservation would be painless, easy and welcome based on my history and desire to return again. I called the hotel directly, hoping to make that personal connection about my return visit and spoke to a front desk agent in that specific hotel. I thought for sure I would be in their system and the computer would pull me up as a familiar friend. However, when that front desk agent heard the word "reservation", she immediately transferred me to the "central reservations" center and I quickly lost the personal connection I had specifically called to make. It was late at night and the call agent I was transferred to seemed aloof and disinterested in my history. She asked for my loyalty number, as proof that I was really loyal; looking up my name and history was not enough. I felt like I was starting over and having to prove I had stayed at this property several times before and that I had been loyal to the brand. Technology that should have showcased my fabulous loyalty ended up being an impediment to making my glorious return and ended up annoying me due to the questioning and duration of the phone call. The human being using that technology was NOT trained to come to my rescue and pick up where technology left off.

I was traumatized by the experience and wished I had someone or someTHING to make me "feel" like I was welcome to come back to this property!

Another study sponsored by Cornell University and authored by Dr. Rohit Verma, Dr. Spring H. Han and Lilia Karimi titled "Personalizing Guest Experience through Technology", and featured in an International Luxury Hotel Association (ILHA) luxury hotel industry trend whitepaper, talked about different kinds of technologies and how they are being used to enhance guest satisfaction and engagement.

Their study noted that "regardless of hoteliers' ability to keep pace, customers are beginning to expect these services and providers must be aware of their capabilities and their costs in order to ensure they make the appropriate choices for their establishments." Dr. Verma said that customer preferences will continue to evolve and that a 60-year-old man or a 16-year-old girl could easily have the same preferences in technology. What is interesting about those conclusions is that technology preferences may start to align with different age groups and be used more frequently on all levels but guest reactions and questions as they interact with and respond to those technologies will STILL need the humans!!!!

Some hotels have moved toward those preferences by eliminating the humans in favor of technology, such as with check in, entertainment and cuisine choices and travel arrangements. In some properties, the most people intensive position, the concierge, has been eliminated. However, Dr. Verma said even though customers are trending towards self-serve kiosks and online check- in " customer desire for a traditional, human concierge is by no means in danger of becoming obsolete." Customer desire will remain and real humans, not machines, handle desire better! Humans use language, intuition and emotion to add the personal touch to all the technology. Artificial intelligence is just that--Artificial! Use people to make the AUTHENTIC difference and perceptual intelligence!

I had placed an order for a product with a major retailer and realized I had provided the wrong address. I called back less than 12 hours later to fix my mistake. The order had not been processed yet and work had not yet begun on fulfillment. I spoke to someone in customer service to explain I simply needed to change the address. I was told that was NOT POSSIBLE! Incredulous, I responded that is was NOT possible that it was NOT possible to change the address.

I was told once again, they could not go into the system to fix the address, even though the order was not processed or underway yet. I asked for a supervisor who confirmed that they could NOT go into the system to change the address. I could not believe it. Something so simple, an easy fix and there was NO WAY to go in and change the address for an order that I would now not receive due to the faulty address. The ONLY solution was to try to intercept it after it was actually shipped which would cost the retailer more dollars and cost me greater inconvenience and delay in delivery. Technology was in charge and I was traumatized once again. I was emotionally distraught and no human being was able to come to offer any recovery. How could this be? Isn't the technology there to support customer service, not disrupt or block it? What technology systems are in place in your environments and are human beings "still allowed" to interact with them when needed and especially when guests need to go to this article's "ER", Emotional Recovery?

After this incredibly frustrating outcome, the last thing the customer service representative asked me was, 'Is there anything else I can help you with?' AAAARRRGGGHHHHHH! I was not helped and did not want anything else!!!!! I just wanted my problem solved and someone to care that it was. What is the blend between an efficient system of software and processing and adapting to the human beings delivering and receiving the services or products of that system? What kind of responses or behaviors should the humans use when frustrations or problems occur? What, if any emotions are or should be involved and how can the "ER", Emotional Recovery, be deployed when technology trauma occurs?

In the case above, employees were trained to follow a script to support the technology and phone calls, down to the final comment, which was like pouring salt into the wound. They were not trained to handle recovery or disruptions to the regular flow of service and procedures. They seemed trained on saying certain things in each call and did not know how to pay attention to the things "not" being said. When someone is upset, as in the above situation, closing the call with an empathetic statement like " I apologize for this inconvenience and we will do our best to provide a solution for you" with a corresponding tone versus a cheery, happy closing like above that seems to disregard the emotions at hand would seem to be key to employee training.

In hospitality and any industry, consider the many new technologies and systems that could have a situation happen like above, where a guest requests something that is not routine or that is part of the technology protocol.

Then what? With today's greater emphasis on more personalized experiences and more focus on individual needs, how are the soft skills of service being integrated with the exciting hard technologies being designed to improve and enhance guest and customer experiences? How are behaviors changing or how should they change as this rush of new communications, social media, software programs, reservations systems and more penetrates the industry?

In another story, a guest was on a call with an airline needing to get an assigned seat changed for his companion on a different record. The caller was an 'elite' mileage club member - his companion was not - so that seat was technically unavailable to her unless she was on the same record – a seemingly obvious technical issue a human should be able to override, especially since the companion was the guest's wife. As the guest tried to get the seat situation resolved, the original agent said,"Sir, that's not possible, the computer will not let us do that – even though the seat is empty and you have the right to change her seat to be next to you". At this point the guest replied- "so the computer is in charge?" The agent's response, "YES!"

Ultimately a supervisor was able to override the system and secure the available seat for the guest's wife but until that happened, the original agent remained surprised that the guest had made the request and probably still has no idea that it was actually possible for a human to override the computer. This technology created rule was steadfast for that employee and no matter what emotions or needs his customer had at that time, the computer was in charge according to him and he had no other way to deal with the guest's frustration and request. The guest had to solve his own problem and ask for a supervisor.

Be wary of artificial intelligence, which replaces authentic human interaction. Ensure they are a team! Inspire wonderful guest experiences along with new technologies and innovations by training employees to rush guests to the ER-Emotional Recovery when needed. There are only seconds to save service moment 'lives'. Operate with emotional efficiency and create even healthier guest loyalty and bottom lines!

Roberta Nedry is President of Hospitality Excellence, Inc., leaders in guest experience management. Ms. Nedry has developed a unique 3D Service(sm) methodology to take guest service to the next level. Her firm focuses on guest, customer and client service, the concierge profession and service excellence training for management and frontline employees.