An acceleration in group hotel demand and solid supply fundamentals are two factors favoring a positive outlook for U.S. hotels. 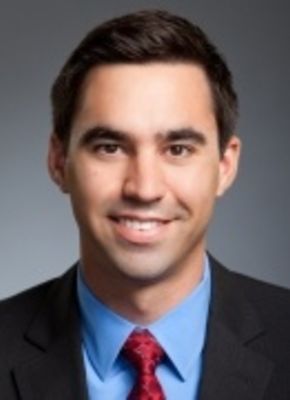 Some of the nation's most respected hoteliers and hotel statisticians pitched a very optimistic outlook for the U.S. hotel industry at the 2015 Hotel Data Conference, held August 4–5 in Nashville. The term "recovery" is becoming obsolete, as the recession of 2008/09 fades further into the background. U.S. hotels, on the whole, have been coursing through an upturn unlike anything industry veterans have seen in their decades in the business, and the numbers support the continuance of this positive trend into at least 2017.

Here are some key takeaways from the conference, including insights into domestic and foreign economic impacts on the U.S. hotel industry, trends in new supply, and demand generation for U.S. hotels.

Advancements in technology and the way people meet to conduct business created a lag in group demand recovery, which had paced well behind the recovery of transient demand. Group demand is now expanding, supporting a favorable outlook through 2015 and 2016. In the last twelve months, group demand growth at luxury and upper-upscale properties has outpaced transient demand by 1.2%, according to STR. Increased group demand, supplementing already high levels of transient demand, is expected to fuel occupancy growth in the near term.

While group average daily rates have surpassed historical levels in most top markets, eight of the top markets have yet to reach the prior peak; moreover, when adjusted for inflation, group average rates have yet to recover fully. New Orleans has been one of the top-performing group markets in the past five years, as its popularity as a convention city allowed local hoteliers to maintain rate integrity relative to other major markets, such as Orlando and New York City.

Despite the seemingly endless supply of capital chasing a finite number of deals, the capital markets have remained in check compared to past recovery cycles. The disciplined approach practiced by players in the capital markets arose from the devastation wreaked by the most recent recession, when so many real estate deals went bad and properties, including hotels, almost immediately lost value.

Hotel developers have had to lay out more stringent, well-documented, authoritative forecasts of performance and value for their proposed hotels in order to gain financing. The good news on all sides is that, compared with the near absolute capital drought that followed the recession, banks and other financing vehicles are enthusiastic about putting money into promising hotel projects.

Alongside more rigorous investment parameters, increasing construction costs and a rise in land values have helped to keep the U.S. hotel supply pipeline at just a trickle. Overall, new supply remains below the long-term average; however, select markets are at greater risk in the near term, as the majority of new supply is concentrated in some of the nation's biggest hospitality markets. These include New York City, Nashville, Houston, Miami, and Austin, along with several others that face an above-average influx of proposed hotels.

Most development is occurring in the upscale and upper-midscale chain scales, with the most prominent concentration in the limited- and select-service product types. Development of full-service hotels is expected to resume as average rates continue to rise and group demand expands. The return of meeting and group demand has been particularly important to the metrics of upscale and luxury hotels, especially those positioned in convention markets. The strength of the group demand segment has prompted new builds in these tiers.

Strong Dollar Has Yet to Impact Foreign Travel

Hoteliers at the conference expressed some concern about the strength of the U.S. dollar bringing down levels of foreign travel. This negative impact, however, has yet to materialize, at least not directly. High airline prices have had a more pronounced effect on travel to the U.S., though even rising rates for flights have not constrained foreign travel too severely. Furthermore, U.S. policies to improve ease of access to the country and the expanding economies of nations such as Brazil and India bode well for foreign travel over the long term.

The presentations and data-backed forecasts from the 2015 Hotel Data Conference illustrated how hotel metrics and broader economic forces intertwine. Disciplined capital markets have helped keep supply growth in check, while increases in transient demand have boosted occupancy to peak levels in many markets and given hotel operators the pricing power to command strong gains in average rate. As a result, lodging fundamentals are improving, a trend expected to continue at least into 2017.

HVS Managing Director Carter Allen oversees all hotel consulting and valuation assignments for the firm’s Houston office. Carter graduated from the University of Houston’s Conrad N. Hilton College of Hotel and Restaurant Management with an emphasis in Hospitality Finance and Development. He also served as President of the school’s student chapter of Hospitality Finance and Technology Professionals.