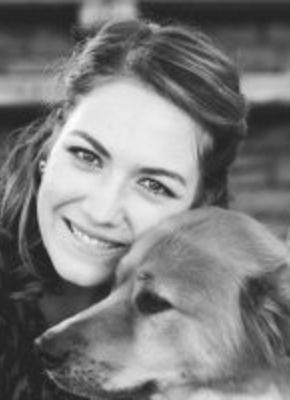 In the never ending battle between hotels and online travel agents, the first quarter of 2015 saw OTAs gaining valuable ground. Already, the distribution channel which includes players like Expedia, Hotels.com, et al experienced the largest jump in bookings ever. While Brand.com sites saw 7.1% year-on-year gains, OTAs more than doubled that number with a 15.1% increase according to Eye for Travel.

As these monsters continue eating up smaller competitors through mergers and acquisitions, hotel brand.com marketing efforts are struggling to keep up with the spend afforded to the Expedias of the world. As a matter of fact, even the OTAs themselves are spending a huge amount of revenue on aggressive marketing strategies in order to compete with each other.

Following their merger with Orbitz, Expedia now boasts around 60% of the US market shareCLICK TO TWEET according to a report by STR Global. This leaves a much smaller piece of the pie for other American online travel sites, but U.S. anti-trust regulators appear to be less concerned about individual markets, instead taking a more global focus where Priceline dominates.

However, one of Priceline's largest subsidiaries, Booking.com, has been experiencing struggles of its own as the battle for rate parity rages on in Europe. While it remains to be seen, rate parity could eventually be done away with for good, giving hotels the ability to set their own prices for any channel, reflecting the cost of commissions paid. Ideally, this means that travelers once again would view individual brand sites as the best place to book, leaving the door open for a brand loyalty renaissance.

Meanwhile, Expedia has been putting a lot of effort into matching Priceline's growth this year. Following a $1.6B deal with Orbitz Worldwide, the company acquired enough properties to push its book of business to over 510,000 properties, just 120k short of Priceline. Although the company did 53% of its business in the US last year, Expedia is pushing into global markets with a goal of 65% of revenue to come from international bookings in 2015.

If market speculation is any indicator, South America is ripe for the picking, remaining relatively untapped by online booking sites to this point. With American interest rising in its neighbors to the south, the continent has seen huge growth in tourism and hotel development.

Staying ahead of the technology curve has been an important strategy for OTAs as efforts are increasingly focused on mobile. Expedia, Hotels.com and Hotwire have even released apps for Apple's wearable product Apple Watch along with their already existing mobile products.

But Priceline and Expedia have more to worry about than each other's marketing budgets. There are new players on the scene who are already making big waves, not because of what they are doing as much as who they are.

Google and Amazon have already played a few cards in the travel booking world this year, but they are by no means showing their full hands, leaving those in the industry to speculate on their next moves.

Google's 'Book with Google' is up and running as they internally test hotel price alerts while Amazon's Destinations product is rapidly expanding following its launch earlier this year. While they don't seem like much, the possibilities for integrated product offerings from both companies are what competitors should be worried about. When it comes to data and what can be done with it, Google and Amazon are in a league of their own.

Sarah Harkness is the Marketing Manager for Screen Pilot, a Denver-based marketing agency with select clients in the hotel, resort, and hospitality industry. A graduate of Wake Forest University, she has 10 years of experience working with luxury and hospitality clients both nationally and internationally.