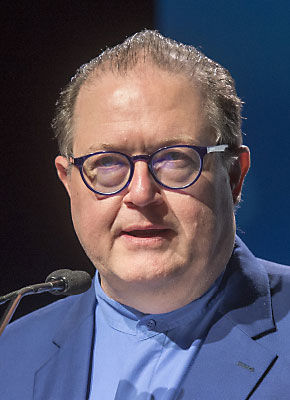 Now that summer has officially ended, many of us begin some serious travel to industry events. Just a few weeks ago Hospitality Upgrade hosted their annual CIO Summit, which gave me the opportunity to spend some quality time with HTNG's (Hospitality Technology Next Generation) new CEO, Mike Blake. For those of you who may not recall, HFTP was one of the first supporters of HTNG when it was created in 2002 at HITEC. Mike and I have been industry friends for a long time and one of the events held at the summit was a sailing regatta competition and it just so happened we were assigned to the same team. We worked very hard as a team, but despite much effort our group was voted "most likely to sink" and came in dead last. It's a good thing our groups didn't hire us for our sailing skills!

On a more serious note, it is no industry secret that over the last few months there have been numerous conversations about the competitiveness between HFTP and HTNG. To me these have been caused by both organizations doing a better job of educating their members about their respective associations and the increase of social media use. One commentary which has surfaced is that HFTP is doing the industry a disservice because of its recent announcements to produce HITECs in Asia and Europe, and CIO Forums outside North America. Some say the industry does not need more conferences or tradeshows and that other organizations have things covered.

While I can only speak on behalf of HFTP, we have had many successes since our 1996 HFTP Board of Directors decided we would become the global group speaking for hospitality financial and technology professionals. So here are some points illustrating our operations related to the aforementioned commentary:

I want to reiterate a couple of points about the HTNG/HFTP relationship that might have gotten lost "in the weeds." HTNG was created at HITEC with the support of HFTP. From its inception, HTNG was created to fill a need that was not being addressed by the industry. Because HTNG is a trade organization made up of a majority of vendor/supplier members, HFTP provided them a forum, exhibit space and education session opportunities to market the organization. Over the years, HFTP has maintained that support. During the recent HTNG CEO search to identify the successor of HFTP International Hospitality Technology Hall of Fame member Doug Rice, HTNG leadership contacted me to discuss my opinions of HTNG and my comments were accepted graciously. During HITEC 2015, HFTP sponsored an event attended by both HFTP and HTNG Board of Directors to honor Doug Rice. In late August, HFTP hosted HTNG at our offices in Austin and it was a very productive meeting. It is my opinion that HFTP and HTNG both do a great job in working towards making the industry better together. 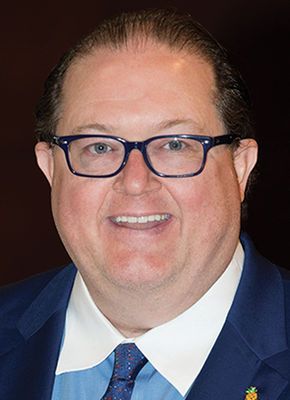 Frank Wolfe, CAE, FIH is the CEO of HFTP and an inductee into the International Hospitality Technology Hall of Fame and an HFTP Paragon Award winner. He often speaks on hospitality and travel related issues. He is an author, speaker and an advocate of careers in hospitality technology or finance.