Interview with Director of Jamaica Tourism Board 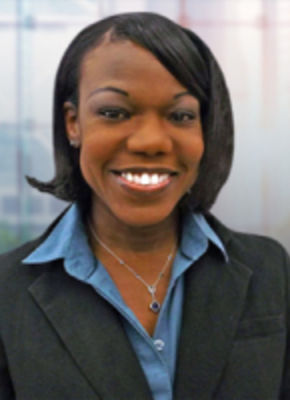 I recently had the opportunity to briefly interview Mr. Paul Pennicook, the Director of Tourism for the Jamaica Tourism Board ("JTB"). Along with his team of officials, their initiatives have helped promote the Island's brand and focal point as a major tourist destination. The interview offers insights to interested investors and travelers alike about a Country that has experienced significant increases in tourism (one of four Island countries to exceed the two million visitor mark in the Caribbean), recent tourism-related openings (i.e. the Marriot Courtyard, Moon Palace Jamaica Grande, Hospiten Montego Bay) and foreign investment developments (i.e. Karisma Resorts, Harmony Cove & Celebration Limited) as well as some of the challenges they face (i.e. infrastructure, eastern international exposure).

The JTB is an agency under the Ministry of Tourism and Entertainment. There is constant collaboration with other agencies of this Ministry as well as other Ministries and agencies of government. Additionally, we also [regularly] work with the Jamaica Hotel and Tourist Association.

Expansion in the industry in both the accommodation and attraction sectors, as well as aggressive and effective promotion of the destination [through] traditionally public relations and advertising as well as digital [forums].

Our major resort areas are Montego Bay, Negril and Ocho Rios and although not yet designated as a resort, the Falmouth/Trelawny area is fast becoming a resort area. In addition to these major resort areas, there is also the Southcoast and Port Antonio as well as the capital city, Kingston.

In addition to our great beaches and wonderful weather, Jamaica also has rivers, mountains and a rich heritage and culture. The authentic flavours of our Jamaican dishes are infused with special spices. Our sporting prowess is legendary from Herb McKenley to Usain Bolt. The pulsating beat of our reggae music is heard all over the world with icons such as Bob Marley.

We need to continue to explore new [international] markets and additional airlift for the destination due to the fact that the competition continues to increase [in the region].

Our third largest market is the United Kingdom followed by Continental Europe. The following emerging markets are currently being explored: Latin America and Asia with specific emphasis on Japan, China and in the not too distant future, South Korea.

We view the opening up of Cuba to the U.S. as an opportunity more so than a threat. We will work with Cuba as part of our multi-destination marketing.

We support the idea of marketing the Caribbean as a single region in the appropriate markets. For example, a Chinese visitor coming to the Caribbean would more than likely want to visit three or more countries on a single trip.

Renese Johnson is the President and CEO of Vanguard Leisure Consulting, an advisory firm focused on the Leisure, Hospitality & Gaming industries with a specialization in the Caribbean and Latin America. She is currently an active member of the Caribbean Hotel & Tourism Association as well as Global Gaming Women and has served as a guest columnist for the Orlando Business Journal, Yogonet International and Cuba Journal.