Predictions for Hospitality Technology in 2016

By Bernard Ellis, President and Founder at Lodgital Insights LLC 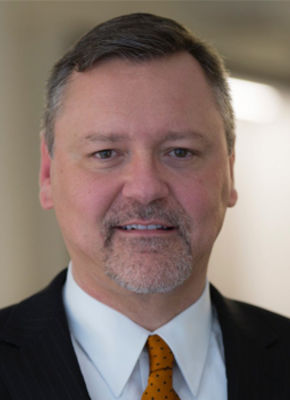 What a difference a year made in hospitality technology. For Americans, Chip-and-PIN/EMV appears to be the new Y2K - those who prepared are feeling terribly anti-climactic, and those who ostriched, so far, haven't felt much pain. It did, however, provide more widespread awareness of the need for credit card tokenization, and data security in general. People who previously hadn't moved to the cloud out of fear of losing data security, now started doing so to actually increase it. And the predicted revolution in HR did indeed happen, but rather than seeking more optimal staffing levels, today's humming business levels made it more of a priority to leverage talent science to avoid bad hires - not only because they are costly, but because there's simply no time for them.

More of the industry infused science into their revenue management practices too, but learned the hard lesson that it all begins with the data, and that some systems aren't just a "cigar box" after all, as was also discovered by their colleagues who were attempting to power guest-facing apps from them. And a lot of system purchasers now have a heightened appreciation for vendors who actually seem to want their business, and for systems that actually do what the presentation made it sound like they would do.

So what's coming for the rest of 2016? First, re-read the last two sentences. Many predict that seemingly innocuous "cigar box" systems, such as PMS and POS, will be replaced in droves, and that data collection and security, ease of integration, and overall quality of partnership will actually take priority over system functionality. RMS, CRM, and HCM selections will be made with input from more stakeholders than in the past, but little of the debate will center around whether or not to go cloud.

As stated above, in the United States the October EMV/chip-and-pin liability shift deadline came and went with little fanfare. But, I'm afraid that doesn't mean we won't be talking about it for another year. But, shouldn't it at least be a little less boring? If so many hotels blew past the deadline for investing in the new chip readers, shouldn't we now be reading gripping stories about humiliated general managers and IT professionals getting hit with heavy fines, going to jail, or at least being brought downtown for questioning, as a result of their moral turpitude?

Flagrant disregard of payment card industry deadlines usually carries consequences, doesn't it? Anyone who has missed a payment or two knows that? Well, as the deadline neared and busy hoteliers finally made time to look into it, they discovered that, no, they won't actually be forced to shut their doors if they don't comply. Instead, what would happen after that date is, for card-present transactions, all liability for fraud resulting from the acceptance of a lost, stolen, or counterfeit card would be borne by whichever party, either the merchant or financial institution, had not invested in the most secure technology available. So, since by now almost every credit card in every American's wallet has a chip in it, haven't the financial institutions covered their side? Shouldn't we now be reading about hotels across the land succumbing to bankruptcy, folding under the crushing weight of all the new fraud liability that has shifted their way? Yet, we're not.

As it so happens, there wasn't much in the way of new liability after all. The vast majority of lodging transactions are card-not-present, and the hotel industry was already liable for fraudulent activity on those. Well, isn't that still a serious threat to the financial health of the industry? Not really, because criminals in possession of a fraudulent card don't typically use it to call in an advance deposit on a future stay at a resort. Ok, so what about roadside properties with big walk-in business, who capture so many credit cards at check in? They are now liable for all of those! Yes, but again, criminals looking to make a fraudulent purchase with a card will usually choose grab-and-go resalable merchandise like electronics and jewelry, not check into a motel, waiting for the paddy wagon to back up to their door.

But, even though the liability threat didn't live up the hype, most hotel merchants were still conscientious about wanting to comply, to do all they could to minimize risk to their properties. But when they tried, they learned that making integrated EMV-certified terminals "available" to them required the alignment of quite a few stakeholders: not just their PMS and/or POS provider, but the payment gateway to which it integrates, the processors to which that integrates, and the financial institutions to which they integrate. Each pair of stakeholders has a time-consuming EMV certification exercise to schedule and conduct, and all are forced to prioritize based on perceived risk. The result for many hotels: their PMS/gateway/processor planets have not yet aligned to make a certified solution available to them, because all the focus has gone to higher risk industries like retail. Financial institutions are well aware of this, and are often giving hotels a pass for just showing good faith in attempting to comply. So for the remainder of 2016, all of us in the payment transaction chain will continue to, dare I say, "chip away" at supporting EMV.

Bring Your Own Device (BYOD).

Moving on from credit cards, for most people the subject of our next few 2016 trends can be found in the next pocket over: the smartphone. As more companies across industries discover the cost saving advantages of embracing BYOD, more employees than ever before will purchase smartphones or use their existing ones to bridge their personal and professional lives. They will use them to not only bring work with them when they travel, but to bring home with them as well. Their preferred music, television programs, movies, and family facetime will be right in their hands.

Increasingly , rather than trying to figure out what entertainment options a guest might want, all hoteliers will need to do is to give them a way to share their screen and play their audio. But by "give," I mean "give;" hotels won't make any revenue from it either.

The Internet of Things (IoT)

Even beyond the television screen, the smartphone can hold the key to completely personalizing the guest experience, if the guest allows access to the right data. It is truly one of the most powerful components of the IoT. Think of all the other physical devices that could become new members of your service team if they were privy to a guest's information as he navigated through the IoT at your property, such as thermostats, shower heads, faucets, ambient lights, window treatments, door locks, coffee makers, and exercise equipment. The last example leads to our next trend, because it goes beyond just giving a guest his desired physical environment, and actually suggests activity.

A New Level of Personalization

To understand what I'm getting at, take a fresh look at the many "For You" menus your smartphone uses to suggest music, or whom to contact next, or what app it now expects you to need next, with uncanny relevance, not to mention the eponymous menu on your DVR, which has gotten better than ever at suggesting programs it thinks you might like, based not just on what you've chosen to watch and record, but also based on what other people like you usually like. Hotels may well be able to produce a "For You" menu of suggested meals, activities, and next steps, not only based on what they know about the customer's past patterns and what they glean from social media, but also from on-the-fly access to data that customers may themselves provide, right then and there. Today's act of providing location access "while using the app" may translate to providing access to music, calendar, and other profile data "while staying at the hotel." This stands a solid chance of becoming a reality in 2016 - the question is whether it will be hotels themselves who seize the opportunity, or whether they are once again beaten at their own game, except not by OTAs this time, but by Amazon, Apple, or Alibaba.

Fiber to the Room

While there is obviously revenue to be gained by pleasing and retaining guests, less and less of it will be generated in the guest room. Yet, at the same time, guests expect faster and faster broadband at lower and lower, if any, cost to them. With no telephone or in-room entertainment revenue to fund technology investments, are in-room technology and broadband now complete drags on the balance sheet? The industry will have to shift its thinking from how much more revenue can be generated from guests in the guestroom, to how much additional revenue can be generated by guests from the guest room, or the hallway, or the meeting room, or anywhere else you might be struggling to justify providing better broadband.

2016 is looking to be a very exciting year for hospitality technology, with more long-held assumptions being let go than any time in recent memory.

Reprinted from the Hotel Business Review with permission from www.HotelExecutive.com
Visit us at 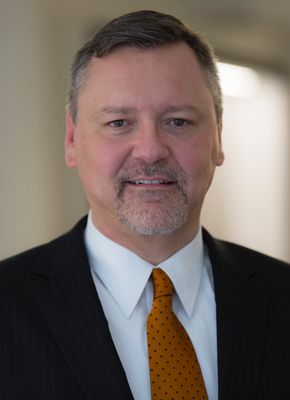 Mr. Ellis has a track record of stewarding technology initiatives from industry startup to industry standard. He has spent most of his career at early- and mid-stage startups bringing best-of-breed solutions to market. then leading to successful acquisitions: namely, Micros (Oracle), SynXis (Sabre), and IDeaS, (SAS).

Infor is a global leader in business cloud software specialized by industry. With 17,300 employees and over 68,000 customers in more than 170 countries, Infor software is designed for progress. To learn more, please visit www.infor.com.