By Gino Ravaioli, Chairman of the DCC Forum 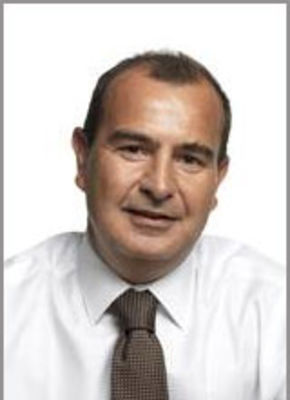 Welcoming an increasing number of customers from abroad can present challenges, but it also creates a huge opportunity for our industry to grow over the coming years. International travel for both leisure and business shows no signs of slowing, with a growing middle class in emerging markets starting to splash their cash abroad.

In the UK alone, tourism from abroad is expected to be worth £23bn in 2016, but an increase in visitors who are less familiar with your language, currency, and customs means you'll have to adapt, offering additional services and more choice.

Hotels and restaurants in more tourist-heavy areas usually offer additional services to help foreign visitors such as translating menus into different languages. This is becoming increasingly important as a growing number of visitors are less seasoned travellers who may be unfamiliar with foreign languages or exchange rates.

Tourists are also now travelling with much less foreign currency in hand, instead choosing to make the majority of their payments on credit or debit cards. This is particularly true when it comes to business travellers who usually find it easier to track their expenses by using a credit card provided by their company.

The first is to pay in the local currency, that is, the currency that your hotel or restaurant is located in. The amount displayed at the point of transaction will be the cost to you as a provider, although this might be in a currency that your guest is less familiar with. Additional fees from banks or card providers will then be added on later after a separate currency conversion has taken place. In some cases, the transaction will appear as two separate items on bank statements.

The second option is for your customer to pay in their home currency, that is, the currency they bank in. If this option is selected, dynamic currency conversion, or DCC, takes place and means that your customer has their bill presented in a currency which they might better understand. Additional fees from banks or card providers are replaced with a DCC fee, of which the hotel or restaurant processing the transaction receives a percentage. Any replacement DCC fees will be added on at the point of transaction so that the total cost to your customer is taken at the same time.

Importantly, no one option is necessarily better than the other, and different choices will suit different customers depending on the situation. Your guest might prefer to pay in the local currency if they have a particularly good foreign exchange deal with their card provider or if they have a very good grasp of the current rates. They might prefer to pay in their home currency, however, if they feel confident with exchange rates or want to better track their transactions for the purpose of expenses.

Although more choice is usually better for your guests, it must go hand-in-hand with clear and concise information at the point of transaction. Your customers need to know the difference between choosing their home or the local currency so that they can ultimately make the decision which suits them best.

Gino is Chairman of the DCC Forum, having joined Global Blue in Italy in June 1998. At that time he started as Finance Manager of the Italian subsidiary. In 2006 he has taken the responsibility of Product Currency Choice joining the Group Management Team working on developing the Currency Choice business worldwide.