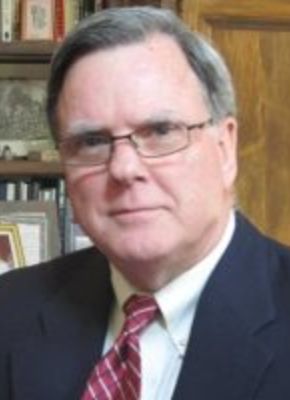 The Ritz-Carlton Hotel Company embarked on a three year program centered on reducing energy consumption. The purpose of the program was not only to reduce the portfolio's energy consumption and cost, but also to raise the awareness of the Ladies and Gentlemen of the Ritz-Carlton as to their personal responsibilities pertaining to energy and the environment.

The Ritz-Carlton program was a resounding success by any measure. On a portfolio basis, energy consumption was reduced by over 13% from the baseline year which gave rise to a substantial decrease in energy spend.

One of the primary success factors in The Ritz-Carlton's ability to drive down energy use was the more than 400 energy projects and retro-commissioning measures completed during the Program. The energy projects coupled with the increased focus placed on energy conservation yielded outstanding results, as the portfolio far surpassed the 9% stated energy reduction goal at the outset of this program. In fact, the portfolio energy reduction was 47% over this energy reduction goal relative to the collective Energy Baselines of all the properties.

Operationally each property (a total of 32 at program end) was visited to review energy performance and assess overall building operation. Using energy auditing and retro-commissioning tools, a snapshot of the hotel's current operation was generated along with a road map of how to reach greater levels of energy efficiency. This was followed by regular communication with the Director of Engineering as a method of placing constant emphasis on the importance of energy reduction.

The key performance indicator for energy consumption used throughout the program was British Thermal Units per square foot (BTU/SF). This is the preferred measure of consumption that best reflects how efficiently a hotel operates. While not a perfect metric, BTU/SF produces a better comparison between properties. Other metrics based on occupied or available rooms can become skewed when comparing hotels with large differences in room count.

Each property reported its energy consumption by energy type on a monthly basis throughout the program duration. Those inputs (kWh, therms, gallons, etc.) were converted to BTUs and subsequently to BTU/SF for each property. Three scorecards were created and posted monthly:

The first two reports were based on adjusted energy consumption (see Adjustments section below), and show the final property standings. The monthly energy report provided the properties with their raw, unadjusted energy use, and, for Ritz Corporate, it documented summaries of energy use and utility costs for all properties.

The second primary measurement tool used during the program was the Energy Reduction Summary Report shown at right. The data contained here presented the Directors of Engineering with their updated energy reduction requirements necessary to achieve their Program goals in both BTU/SF and in percent.

Energy consumption in any Ritz-Carlton hotel is largely determined by three factors: the overall attitude of the hotel staff as it relates to energy efficiency; the existing infrastructure, and the ability to change and upgrade existing systems.

The commitment of the entire hotel staff to the goal of energy efficiency cannot be overstated. The process begins with the Engineering group, but they must have the support of the entire hotel team in order to achieve lasting energy reductions. The key individuals are the Director of Engineering and the General Manager. The DOE must put forward a plan of attack, and the GM must put his or her position behind it. Lack of commitment by either will produce few results, but an enthusiastic embrace by both can achieve significant savings.

The Ritz-Carlton portfolio participating in the program is diverse with several located in tropical climates, others in cold weather areas, and still others in dry or desert conditions. Location alone will begin to define a hotel's energy profile. But more importantly, the hotel's existing systems will dictate where it stands on a BTU/SF metric. A property with a full service laundry will consume more energy per square foot than a similar property that has none. A hotel serving a half million food covers per year will consume more than one serving only 100,000, all other things being equal. Hotels with aging and inefficient lighting or HVAC equipment will also consume more energy.

Therefore, the ability to modify or change existing systems, or change the way in which these systems operate becomes an extremely important process in moving toward greater energy efficiency. Replacing inefficient equipment requires capital expenditures, some of which have attractive returns on investment. These changes and upgrades are identified by doing a comprehensive energy audit on the facility. Modifying the method of operation of certain systems like HVAC can also achieve positive results. This process is called retro-commissioning. Each EMS property had both an energy audit and retro-commissioning done during the Program.

During the course of the Program, through both energy audits and retro-commissioning at each of the hotels, almost 800 separate energy projects were identified. Some of these involved capital expenditures while the rest did not. More than half of the total energy conservation measures (ECMs) were reported completed. Statistics on the savings generated by these ECMs across the portfolio are shown below.

These savings were generated over the course of the program and became valid as each ECM was completed. Some of these projects were done in year one while others were completed in years two and three. But the total energy saved by the completion of these 433 projects is enough to power over 1,300 average sized homes for a year.

One of the key documents reported throughout the course of the program was a usage reduction report. This report outlined the overall energy usage reduction for each property on a monthly basis as it related to its Energy Baseline. A similar report is presented below summarizing the entire portfolio's Program performance versus the overall goal.

The adjusted Energy Baseline for The Ritz-Carlton portfolio was 175,893 BTU/SF. The baseline was adjusted to account for hotel openings, closings, large variations in occupancy, and other events that resulted in major changes in energy usage and/or baseline year. The Energy Baseline in conjunction with the 3% annual goal was used to outline annual reduction goals for each program year. All baseline adjustments have been incorporated in this table.

The usage reduction report also showed a comparative annual BTU/SF graph indicating the portfolio's annual performance since the base year. Last, the report contained a table listing the top ten energy conservation measures recommended for implementation at all of the properties. The method of selection of these measures was determined by: (1) the frequency in which they were recommended; (2) the effectiveness of the measure in BTU/SF savings; and (3) its financial viability in terms of payback. All numbers presented are averages from the actual projects recommended. Two of the measures are classified as no-cost, low-cost opportunities generated in the retro-commissioning process; the others are categorized as capital projects.

During the course of the program, the Ritz-Carlton portfolio reduced its overall energy consumption by 13.2% relative to the collective Energy Baselines of all the properties. That is 47% over the stated goal of a 9% reduction

A timeline was generated for each property in order to better grasp visually the effect of their efforts to reduce energy consumption. Two timelines for the portfolio were developed indicating only major hotel events such as openings, closings, etc. The first showed raw, unadjusted consumption in millions of BTUs, the second presented consumption adjusted for occupancy and other changes in BTU per square foot.

The quarterly Performance Report updated the hotels on their historic (unadjusted) performance by utility type. These inputs were then translated into carbon emissions to create a carbon footprint for each specific property. The tracking of carbon emissions became more important as the program progressed, especially for marketing purposes at the property level.

The carbon footprint was calculated by converting both electric energy consumption and natural gas (or propane, fuel oil, etc.) usage into carbon emissions. Electric energy consumption creates indirect carbon emissions (direct emissions associated with this usage comes at the power plant); the burning of natural gas or other fuels on site in boilers or stoves creates direct emissions. Emissions resulting from on-site combustion are a known fixed quantity per unit of fuel burned; therefore the calculation of direct emissions is simply the product of the usage times the CO2 rate per unit. To calculate indirect emissions conversion factors obtained from the EPA in their Energy Star program are used by geographic region to translate electric usage into metric tons of CO2. The portfolio's carbon footprint over the duration of the program was shown in a separate graphic along with each property's footprint in kilograms per available room and kilograms per square foot.

As a part of the engineering service, each hotel had an energy profile calculated to give a better indication of how well that property was performing. The profile took into account the type of building, the existing HVAC systems in operation, operational parameters, occupancy, food covers, and hotel location. The result of this process was a BTU/SF value that was regarded as a norm and not a goal. The property's energy index was generated by comparing this value against the property's actual energy consumption. Hence a value below 1.0 represents a hotel whose operation is better than the norm and has less room for improvement. A hotel with a value above 1.0 is one whose operation should be able to be improved.

The chart below shows the energy indices for each property calculated after the base year and the current indices. In most cases, the current indices had decreased indicating better overall performance since the program inception. San Francisco had its index increase dramatically due to the start- up of a co-generation plant. San Francisco consumed significantly more energy on site once the co-gen plant came on line due to natural gas usage for the micro-turbines, but because of the nature of a co-gen system, San Francisco lowered its overall energy cost by hundreds of thousands of dollars per year.

As previously discussed, The Ritz-Carlton energy program was tremendously successful. On a portfolio basis, energy consumption was reduced by over 13% from the 2005 baseline which gave rise to a substantial decrease in energy spend as outline in the table below.

These gains in energy efficiency are all the more remarkable considering the extremely high standards set by The Ritz-Carlton Hotels to create its ultra-luxury brand. Standards in guest comfort and overall guest experience precluded the use of certain energy saving devices, such as compact fluorescent lamps. As such, energy conservation measures were recommended in order to not compromise brand standards. If additional compact fluorescent lighting projects and other miscellaneous measures had been incorporated into the list of energy savings projects, the savings would have been even more dramatic.

One of the two primary success factors in The Ritz-Carlton's ability to drive down energy use were the more than 400 energy projects undertaken during the program. As noted above properties that completed energy conservation measures saved more than those that did not. And ECMs tend to have a lasting effect. Once a measure is put in place, it will typically continue to produce energy savings.

The second primary source of success of the Program was the ability of management to change the attitudes of entire hotel staffs regarding the use of energy. This is a key factor because large energy savings are often the result of many small initiatives, ones that the Ladies and Gentlemen are likely to make if they have been well schooled in the value of saving energy. This paradigm change is a testament to the skillful leadership at The Ritz-Carlton and their continued focus on energy conservation.

An expert in HVAC systems, Jim delivers innovative energy reduction opportunities for hospitality clients through targeted energy assessments, retro-commissioning services, and energy management. Jim’s broad experience over 40 plus years enables him to understand the intricacies of hotel HVAC and lighting system operations - because understanding is the key to delivering true energy opportunities to hotel clients.