2016’s Most Important Digital Marketing Trends for the Hospitality Sector 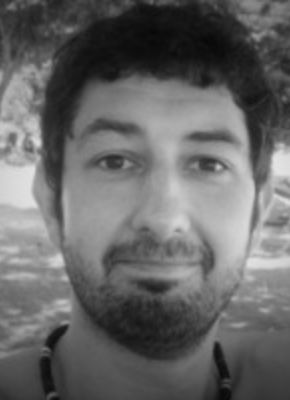 2016 was always set to be a year of shiny-new toys to play with from a hospitality marketing perspective. From video conferencing to remote training opportunities to the most simplified centralised management systems to date, the IT takeover really has taken over the sector. But what's at the forefront of the minds of most industry leaders right now is exactly how to capitalise on cutting edge technology, in order to further sales and marketing efforts.

The answer? Well, those with the biggest budgets are already exploring the following, but sooner or later we'll be looking at a picture where these emerging 2016 marketing trends are nothing less than the new industry standard:

If you thought VR would turn out to be a short-lived fad, think again. Likewise, if you thought it had no relevance in the hospitality space, you couldn't be further from the mark. The VR arena is only just getting off the ground, with devices like the HTC Vive, Oculus Rift and Samsung VR proudly leading the charge. Soon enough though, we'll be looking at a consumer phenomenon that actually gives people the opportunity to visit and tour your whole hotel in full VR, before making a booking. And while it might be a while before this happens, those getting in at ground level will have a huge advantage.

Hardly a new concept for the hospitality industry, but video marketing is nonetheless set to continue exploding in power and prowess going forward. As the influence and value of TV, print and other marketing platforms waver, the online video is becoming a powerhouse like nothing else. Strategic use of video on a business website translates to lower bounce rates, longer visit times, improved engagement and considerable better conversion rates. And that's all at the same time as painting the prettiest picture possible of your business/establishment. Web video marketing is and will continue to be a real game-changer.

Consumer studies have shown time and time again that the thoughts, opinions and pointers of both fellow consumers and influential figures mean more to them than all the marketing spiel in the world. Just five words and a solid star-rating from a person they don't know from Adam could do you brand's reputation more good than all the self-promotion in the world. The web has transformed the way the consumer public decides what it will buy, where it will buy it and how much it will buy. Content, community, commerce – the 3Cs strategy (again, one Marriott swears by) – focuses on social influence first, traditional marketing second.

Similar to video, social media marketing is an established, explored and exceptionally powerful concept that's only just beginning to hit its stride. What's really significant about social media advertising from a 2016 perspective is its incredible potential for targeted, localised marketing. If you were considering a deal targeting mid-30s females within a 30-mile radius of any given hotel branch for example, social media offers unrivalled scope for doing exactly that.

While it's true to say that the wearable technology market has gotten off to a slow (understatement) start, it will eventually take over. It's just that the devices on the market right now like the Apple Watch and so many imitators haven't quite nailed the magic formula. But they will. And when they do, this will represent a spectacularly powerful new marketing platform for the hospitality sector. Take the Disney MagicBand, which guests can use in place of papers tickets, as a key to gain access to their hotel rooms and basically to plan their Disney World holidays from start to finish. We've really only just begun scratching the surface with wearable technology, but one way or another, it is the future.

Last but not least, the results of a recent CMO survey suggest that the hospitality will up its collective marketing analytics spending by an eye-watering 60% this year. Which isn't entirely surprising, given the way in which there's a ridiculous amount of consumer data ready and waiting to be tapped into, which can effectively allow for the creation of fool-proof blueprints for stellar performance. From website and social media engagement to demographic behaviour to competitor performance, the more than happens online, the more we know about every customer we target.

And right now, pretty much everything happens online!

Eddie Jones is a British national from the North of England, who graduated university with First Class BA Honors in Journalism and has been working as a professional writer since 2010. Prior to this, he worked for over a decade in hospitality management in the UK, the United States and Ireland.