Hotels: From Pokémon Go to the Pokeconomy 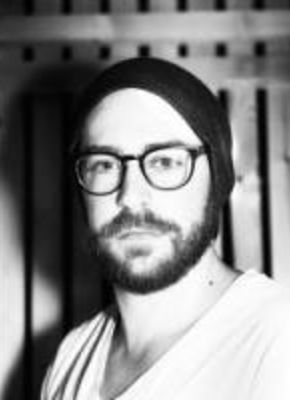 When Pokémon Blue and Red came out to the market 20 years ago it was a Game Boy instant success. Two decades later, Pokémon are showing up in the middle of the street, in parks, restaurants, and yes, also hotels thanks to augmented reality. Although some people think it's crazy, we see a powerful mobile marketing tool for hoteliers.

The first Pokémon game came out to the marketing in 1996 and more than 100 million copies have been sold around the world since then, with sequels and new games in the market every year. Today, 20 years later, the game follows the same successful recipe and takes it a step further by turning users into real Pokémon masters, walking around catching creatures. If you don't know by now, Pokémon Go's basic premise is to explore and catch creatures with your mobile device. Using Google Maps technology the game tracks users using GPS and presents creatures in augmented reality. This video can explain it better than we can (video in the bottom).

In the Base7booking office, we have different perceptions of the game, with some of our collaborators loving it, some others disliking it, and others apathetic about it. Regardless of your perception, Pokémon Go has as 26 million users approximately and is more popular than Tinder and Twitter. People use the app 15 minutes more than they use Whatsapp, with a daily average of 43 minutes. Furthermore, 7 of 10 people who download the app use it the next day, with a retention rate of almost 80%. Users are also spending around $0.25 per day, making it even more profitable than Candy Crush.

With so many users playing and the buzz about it, hoteliers can't ignore the fact it's extremely successful and will continue to grow. Current players combine the infamous millennial generation and Generation Z. Young people aged 17 to 34 years will spend more than $200 billion next year alone, with a total of $10 trillion in their lifetimes.

How can hoteliers be a part of the Pokémon Go craze?

Exploration is the key element fueling the app. Therefore, turning Pokémon Go into a revenue source means opening your hotel doors to players who explore. People will discover your hotel, bar, pool or restaurant. Tnooz already exposed how the app will change the travel industry by showcasing the Australian (and first) hotel chain claiming to be Pokémon Go-friendly. Similar establishments have reported increased sales and more clients just with the existence of the app, meaning the augmented reality app is changing more than this industry, but our way to discover cities, places, socialize and even consume.

Attracting Pokémon Go users and monetizing their activity can be easily done if you know how the game works. After playing and exploring for many hours Pokémon Go, we are giving you five suggestions to be a part of the Pokemania.

How do you communicate you want Pokémon Go players in your hotel? Use your social media, give discounts, or simply put up a sign saying you are welcoming players into your hotel. Some cafes have discovered they are Pokestops, specific locations in the map where users can get free items and find rare Pokémon if some conditions are met. For example, the Palm Beach Zoo in the US is posting pictures of captured Pokémon in the Zoo and visitors enjoying the game. By combining real and virtual world, people will interact within your property and in the app.

Discover and use Pokestops and Gyms

A Pokestop is a strategic location in the map where users can collect free items, like Pokeballs, potions, and eggs. If you have a stop nearby then you will have more pedestrians in the area. There are special add-ons players can use in any Pokestop called lure module. A lure module attracts Pokémon to one specific stop for 30 minutes, and any player can benefit from this. An American pizzeria reported +75% of sales during the weekend after using $10 to buy lure modules. Although you must buy the Lure modules with real money, 30 minutes of luring costs around $0.60. A Gym is a battling arena where users train their Pokémon during battles. For the moment these are the only spaces to train the Pokémon, so there's guaranteed traffic.

Thanks to the AR nature of the game, creativity has no limits. Do you want to organize a PokEvent? or want to give free food or a coffee to members of one of the teams? We have seen many commercial strategies similar to loyalty programs, but with the app angle. For example, offer WiFi as the game doesn't work without it; have some customized merchandise inspired in the game and give it to players; keep score of your closest Gym and stay updated on the winning team as they are active users in your area, and display it; become a user yourself and be a part of the players in your area by sharing your activities in social media.

As you can imagine, the app consumes a lot of battery, so thinking ahead is a good strategy. Do you have electric plugs in the areas you want your users to be? Have you identified hotel spaces where Pokémon usually appear? Just like pet-friendly places have water bowls and offer pet food, a well-thought Pokémon area includes charging stations, free WiFi, comfortable spaces to walk without disturbing other guests, and of course, with no hazards like staircases, cliffs, or pools. We have seen people trip and fall playing Pokémon, keep that in mind.

Pay for pokestops or Gyms

Although it is not possible (yet) to pay for Pokestops or request Gyms in your area, hoteliers and businesses will soon be able to pay for their own sponsored content in the game. This will motivate players even further to go and visit specific locations. This feature, according to the developing company Niantic, will come soon.

It's clear that Pokémon GO is fantastic for attracting foot traffic. So shopping malls, amusement parks, venues, and events can use it as part of their marketing strategies. Lost Heaven restaurant in Melbourne offers discounts for customers with certain Pokemon, guaranteeing they spend money rather than just hanging around. We truly believe hoteliers should embrace technology, especially when it's totally free and can increase traffic and revenue in point of sales.

Considering the app came out two weeks ago, don't wait until the hype is over. We saw this with social media, when hoteliers took their time to actively participate and lost potential guests and free marketing. Pokémon Go is just one example of how technology can help you to grow your business. Don't be afraid of it, try to understand it and embrace it because it's just the beginning.

Even if the game is still in growing stage and might seem incomplete to some users, Pokémon Go has endless possibilities. For me, the one possibility that outshines the rest is monetarization. Following World of Warcraft, people will probably be able to 'grow' their own money. Although Pokémon offers the possibility to buy coins with real currency, there's more than that behind the concept. I think we will see in the future how some users will sell their mature accounts with rare Pokémon for real money. This would create a side economy, uncontrolled by Nintendo and Niantic, Inc. and pushed by communities. This is called 'account farming'. However, by giving users the option to buy in-game enhancements to develop their accounts and even buy Pokémon, Nintendo and Niantic, Inc. will not only control, but also increase their revenue through the side economy. Finally, a utopian Pokémon Go would offer users the possibility to earn real money by battling, catching rare Pokémon, and doing specific tasks in the game.

Co-founder & marketing freak at Base7booking. A blend of geekyness and provocation to discuss the future of hospitality. Read about entrepreneurial experiences and tech insights.