By Susan Barry, President and Queen Bee of Hive Marketing and consultant with Cayuga Hospitality Consultants 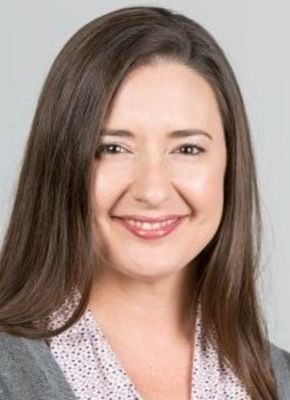 Y'all. It's almost hotel budget season. Yes, last year's budget season just ended, and hotel execs have just gotten their schedules back from the countless meetings — meetings before the meetings, meetings, and meetings after the meetings that make up the circle (circus?) of doom that is setting a hotel's annual budget.

But it's that time again! Here are the lies you can expect.

First, no matter how many times you utter the words "zero-based," every question you will get asked in a budget review is about why each number on each line is higher or lower than it was last year. Budget reviews are by their very nature a comparison to last year (at least in hotels). Why bother trying to reinvent your approach to direct expense if you'll just get beaten up for it later?

Second, it's very difficult to make substantive changes to sales and marketing expenses year-over-year because only a tiny fraction of the dollars spent are within the control of the sales leader. The vast majority of marketing expense is set by the brand and the management company, and you're not allowed to say no (even if you're told you can). Furthermore, most conferences and sales missions must be committed to long before budgets are approved, so a hotel's hands are essentially tied.

If you've got someone really smart at the helm, s/he will have kept notes over the last few months and will ask for input about sales trips from the team. But in general, there is no plan – just a hastily compiled set of numbers that is questioned so many times that justifications are developed to explain them. The reasons come after the numbers; they aren't the impetus for the numbers.

I hear you, Directors of Finance and Asset Managers, shaking your heads in disagreement. Bear with me.

If we set pricing during budget season, and market conditions change enough to allow us to increase our rates, should we stop ourselves because the budget is set at a lower ADR? Of course not. Hotel leaders are supposed to be nimble and smart, making quick decisions to maximize an owner's returns in reaction to current conditions. In the same way, if we set a sales and marketing expense budget in July of the year prior, we may not be aware of opportunities that will arise as the year unfolds.

Get over the idea that hoteliers can ignore the pace of change on the expense side while taking full advantage of it on the top line. That's just silly. Come to a philosophical agreement about what percentage of gross revenues can be devoted to sales and marketing; sketch out some general plans; and adjust as necessary during the course of the year.

These lies do not have to be told.

There is, of course, a better way to do this. We as an industry can decide to allow hotel executives the chance to think strategically about their plans. We can put our money where our mouths are by providing real tools — not Excel spreadsheets, not year-over-year comparisons, and not "guidance" — but rather real, data-based tools and economic direction that stimulates original thought. We can put the brakes on staffing consolidation and endless meetings, even if just for a few weeks, to give hotel leaders the uninterrupted time to think and plan. And we can use real numbers and real information, rather than the collective "gut feeling" about what works and doesn't work.

Hotel DOSMs and GMs, I wish you a painless budget season. What would happen if you told the truth?