By Benjamin A. A. Levin, Director, HVS Nashville 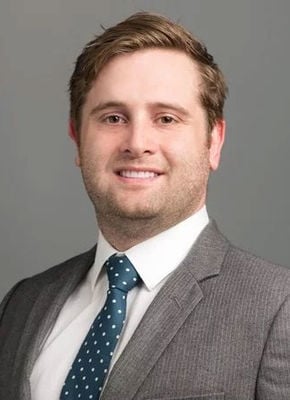 A significant amount of work is underway in Atlanta, with new expansions and builds promising to bring in more tourists, commercial travelers, and group demand for the city's hotels. The highest-profile projects include a $6-billion expansion of Hartsfield-Jackson Atlanta International Airport, which is expected to span the next two decades, and Mercedes-Benz Stadium, which will host Super Bowl LIII in 2019.

This HVS Market Pulse report gives a brief look into the timelines and potential impact of these and other developments on hotel supply, demand, and performance in Atlanta.

Since 2000, Hartsfield-Jackson Atlanta International Airport has been the world's busiest airport in terms of annual passenger traffic. Work on a $6-billion, 20-year airport expansion began in June 2016 with the two-year renovation and modernization of the domestic terminal. In October 2016, construction began on the installation of two steel and glass translucent canopies that will cover the north and south domestic terminal curbside areas.

Other plans for the massive expansion project include replacing the existing parking decks with new, larger decks; adding five gates to Concourse T; constructing the new, ten-gate Concourse G; developing the Airport City, which will feature a 440-room InterContinental hotel; and building Class-A office space, a travel plaza, and eventually a sixth runway.

The following chart illustrates passenger traffic at the Hartsfield-Jackson Atlanta International Airport over the past decade.

Whether Atlanta needs two new stadiums has been a topic of debate since plans were first announced for the proposed Mercedes-Benz Stadium and SunTrust Park. There is little doubt, however, about the economic impact these two stadiums will create throughout Metro Atlanta. Scheduled for completion this summer, the $1.5-billion Mercedes-Benz Stadium will be the new home of the NFL's Atlanta Falcons, as well as the recently formed Atlanta United FC Major League Soccer Club. The stadium will reportedly create some 4,500 jobs over its three-year construction and generate more than $400 million in statewide economic impact.

Mercedes-Benz Stadium will host a series of world-class events in Atlanta in the coming years, including the College Football National Championship in 2018, the Super Bowl in 2019, and the NCAA Men's Final Four basketball tournament in 2020.

The draw from the stadium is expected to generate significant hotel demand in Atlanta. A new, 800-room hotel is planned for construction on the site of the existing Georgia Dome, which sits adjacent to Mercedes-Benz Stadium. The new hotel is anticipated to be flagged as an InterContinental or a Fairmont. Coupled with the new, onsite hotel, a planned $50-million expansion at the Georgia World Congress Center would connect Building B with Building C, attracting new and larger events, conventions, and conferences to Atlanta.

Turner Field, the former home of the Braves, will not fall by the wayside. A joint venture between Georgia State University (GSU), Carter, Oakwood Development, and Healey Weatherholtz Properties (HWP) closed on the purchase of Turner Field and the surrounding 68 acres on January 5, 2017.

Cranes can be seen across the skyline of Midtown Atlanta, just north of the city's Downtown. They visually represent the several billion dollars in developments currently under construction in Midtown; additional high-profile developments are in the planning stages.

Of note, Fortune 500 company NCR is moving forward with the first phase of its new global headquarters, a $213-million, 494,000-square-foot office tower that should open in the first quarter of 2018. Construction on Phase II of the project, which includes 240,500 square feet of office space and 10,000 square feet of retail space, should begin later this year.

Proximate to NCR's new facility, a $400-million, 770,000-square-foot mixed-use development called CODA is under construction in Midtown's Tech Square. Georgia Tech will be the primary tenant, occupying roughly half of the available office space; 40,000 square feet of retail space will also be available.

The Near Future for Atlanta Hotels

The boom in development, redevelopment, and expansion across Atlanta promises to boost demand for the city's hotels. Atlanta's market-wide occupancy and average rate levels stood at historical highs in 2016. With so many major projects underway throughout Metro Atlanta having the potential generate demand, occupancy levels should maintain this elevated position in the near term, with only a minor dip in overall occupancy anticipated as new hotels come online. Meanwhile, average rates are expected to continue to realize healthy gains, resulting in a forecast for positive RevPAR growth for Atlanta hotels over the next several years.