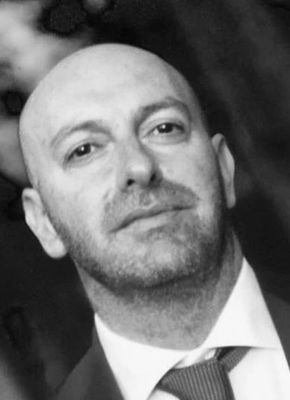 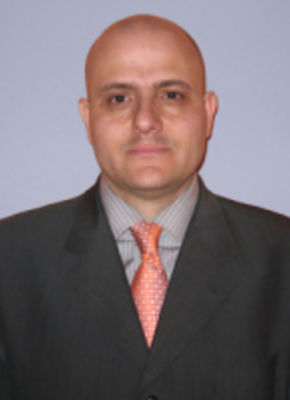 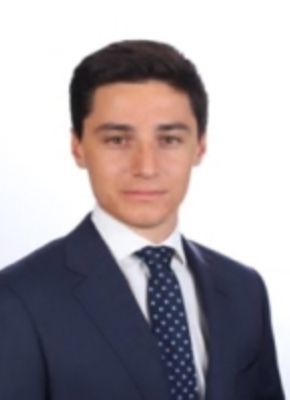 This market snapshot presents current data and information on the upscale and luxury hotel and tourism industry in Florence, Italy. In writing such articles, we utilise the expertise of HVS in each market to the full extent by combining our in-house data and research together with published information regarding the examined destinations. A separate publication about the region of Tuscany will follow.

Florence is the capital city of the Italian region of Tuscany and of the province of Florence. It is the most populous city in Tuscany with approximately 370,000 inhabitants, expanding to over 1,520,000 over the greater metropolitan area. Florence is famous for its history: a centre of medieval European trade and finance and one of the wealthiest cities at the time, it is considered the birthplace of the Renaissance. A turbulent political history includes periods of rule by the powerful Medici family and numerous religious and republican revolutions. From 1865 to 1871 the city was the capital of the recently-established Kingdom of Italy. The Historic Centre of Florence attracts millions of tourists each year. Florence was declared a World Heritage Site by UNESCO in 1982. The city is noted for its culture, Renaissance art and architecture, and monuments. The city also features numerous museums and art galleries, such as the Uffizi Gallery and the Palazzo Pitti, while still exerting an influence in the fields of art, culture, fashion, and politics. Tuscany is amongst tourists' most favourite regions to visit in Italy. In 2014 and 2015 it was third amongst the most visited region of the country.

Tourism is the main industry in Florence. The University of Florence is an international cultural centre and the city is home to the National Library. Only one bridge, the fourteenth-century Ponte Vecchio, survived World War II intact, although several modern bridges now span the Arno. UNESCO estimates that 60% of the world's most important artworks are in Italy and more than 50% of them are in Florence. As the capital of Tuscany, and with its abundance of historic art and cultural attractions, Florence is a highly desirable tourist destination. The main attractions in the city include Ponte Vecchio, the Duomo (Cathedral of Santa Maria dei Fiori), Palazzo Medici-Riccardi, Palazzo Strozzi, and the Galleria dell' Accademia.

Florence also benefits from the presence of a strong fashion district. Prime luxury brands (Roberto Cavalli, Salvatore Ferragamo, Gucci, Emilio Pucci) are based in the greater Florence area. Leveraging off this historic tradition, Florence hosts the biannual 'Pitti Immagine' fair, which is an important international fashion exhibition held in January and June in the Fortezza da Basso. Other exhibitions include the Antique Fair held every two years, the Scent Fair, the Taste Fair, and the Luxury Yacht Fair (held for the first time in May 2016).

Heavily dependent on tourism, Florence benefits from being centrally located in the coutry and is widely visited by groups touring Italy. Other notable cities for tourists around Florence are Pisa and Siena. However, the region is also known and loved for its landscapes, traditions, and history. Home to the famous Chianti wine, large vineyards form a central part of the scenery with small authentic villages also attracting tourists.

A relevant portion of the international tourists are attracted by the several events Florence hosts every year. Moreover, the recent renovation of the Congress Centre is likely to benefit the growth of the MICE market in the city. However, one of the main weaknesses of Florence lies in its accessibility; the airport cannot accommodate long-haul flights, reducing the potential of the city as a conference destination.

Florence Airport Peretola, formerly Amerigo Vespucci Airport, is the international airport of Florence. It is the second airport in the region in terms of passenger volume after Pisa International Airport, also used by tourists to access Florence.The historical volume of passenger traffic at Pisa Airport is summarised in Figure 1.

Healthy growth has been recorded at Pisa Airport in the past seven years, primarily driven by the domestic market. However, growth in 2016 was driven by the international segment, while the domestic segment indicated signs of reduction in volume activity of 4.2%, as compared to 2015.

The historical volume of passenger traffic at Florence's airport is summarised in the following table.

Robust growth in passenger volumes occured from 2010 to 2016, primarily driven by international passengers. In 2016, the growth rate was reduced mainly as a result of various terrorist attacks at some European cities since late 2015 and into early 2016, events that hampered international visitation.

The following table summarizes visitation to Florence over the last five years, divided into domestic and international market. Visitation is expressed in arrivals at hotels and other lodging facilities. Throughout the reporting period, the majority of visitors to Florence were of international origin. International arrivals accounted for roughly 75% of total arrivals at the city's lodging establishments. The high number of international visitation to the city is attributed to the fact that Florence is one of Italy's most well-known attractions. The number of total arrivals at hotels in the city experienced a compound annual growth rate (CAGR) of 1.6% for the examined period, driven by robust CAGR from international visitors at 2.5%. However, during the first 9 months of 2016, a decline of 3.4% was evident in number of visitors to the city, as compared to the same period in 2015.

The number of accommodated bednights at hotels in Florence is shown in the following table.

Throughout the depicted period, total bednights demonstrated growth, resulting in a CAGR of 2.3%, driven primarily by international bednights. However, in the first 9 months of 2016 the number of bednights decreased by roundly 3%, as compared to the same period of 2015. Visitation in Florence is primarily driven by the leisure segment of individual and group travellers. The latter generally stay at hotels situated in the outskirts of the city that are positioned towards the lower end of the market, in contrast to the properties located in the Historic Centre, where individual demand is significantly higher in volume and at much higher prices.

The following table summarises the hotel supply in Florence and how the city's bedroom offer is distributed among the different classifications.

In 2016, Florence offered 20,588 hotel rooms across 570 lodging facilities. The development trend over the reporting period shows that the hotel room supply grew slowly and balanced between an increase in four- and five-star hotels and a progressive decrease in properties of lower classification; the supply of three-star properties remained rather unchanged. The average size of hotels, especially for the 3-star category (30 rooms) and the lower categories (15 rooms), indicates a peculiar market with small, non-branded, family-operated units. Due to the peculiarities of the hotel market in the historical city centre of Florence, there are high barriers for new developments and the various rumoured / envisaged projects involve the conversion of historic buildings into luxury hotels, aiming at higher operating yields capable of covering the significantly-higher redevelopment costs.

Figure 7 summarizes the performance of hotels affiliated with hotel chains according with AICA (Italian Association of Hotel Chains) for the past four years.

This sample experienced continuous increases in RevPAR and average daily rates (ADR). Compared to prior years, 2015 demonstrated the most prominent change in all key performance indicators, with RevPAR improving by 12%. In 2016, occupancy decreased by 2% versus 2015. However, this slight decrease in occupancy was balanced by the increase in ADR, which resulted in RevPAR recording further growth.

With respect to Florence's luxury segment (Figure 8), the following chart summarizes the recent performance of a select sample of five-star hotels located in the city of Florence, representing 1,004 rooms or 77% of the total five-star supply in Florence.

The examined hotels experienced strong increases in occupancy between 2013 and 2016. Average room rates demonstrated healty increases and improved by roundly 23% in 2016 over 2013. As a result, RevPAR gained continuous strength since 2013, reaching €299 in 2016.

Out of this group, the six 'best performer' luxury properties in Florence registered in 2016 an occupancy of 65,3% and an ADR of €522. This ADR was roundly 22% higher than that of the previously-examined sample of 1,004 rooms.

Infrastructure Developments and other initiatives

Several important city infrastructure projects and initiatives are expected to enhance the city's accessibility, mobility, and visibility and potentially contribute towards further growth in the tourism industry in Florence. These are:

During 2016 Florence recorded one of the most prominent hotel transactions in Italy: the St. Regis and The Westin Excelsior, both managed by Starwood Hotels & Resorts, were purchased by Nozul Hotels & Resorts. The buyers have finalized the transaction for €190 million for both properties (€702,000 per room) and Starwood will continue managing the operations of both hotels. Another important transaction in 2016 was that of Hotel Helvetia & Bristol, part of the Royal Demeure Portfolio, that was acquired by Starhotels. In February 2017, the Leeu Collection Group announced the acquisition of the former Collegio alle Querce in order to convert it into a luxury resort with more than 70 keys.

Florence benefits primarily from its artistic heritage but another important driver for the city's tourism demand is its recent positioning as a fashion hub and events venue. The tourism industry development in Florence is well supported by the municipality that has launched several projects aimed at improving the city's overall image.

These figures suggest that the upscale hotels' demand in Florence is well established and its growth is well on track, as further confirmed by the latest interest of foreign investors in the city's luxury properties. The limited contraction in tourist arrival that occurred in the first nine months of 2016 should be assessed once full year data become available (also considering the impact of the fear of terrorist attack). The positive economic fundamentals of the main source countries, together with the actions in place by the local authorities, contribute towards a forecast of positive/moderate growth over the next years.

He has 25 years experience in Hospitality, Real Estate, and Leisure Real Estate markets in Europe, Caribbean, Latin America and South Africa. He joined HVS in 2010 having significant experience in executive positions at Northcourse Advisory Services (Wyndham Worldwide), Ernst & Young, and other companies in the hospitality and real estate field.

Themis Trakas is a Director with HVS Athens Office. He joined HVS in 2006 having ten years of operational experience in the hospitality industry in Greece, Switzerland, and the United States. He holds an MBA in Accounting from Baruch College in New York and a Bachelor of Science in Hotel and Restaurant Administration from Cornell University.

Filippo Brivio joined HVS as an intern in 2017. He recently graduated Glion Institute of Higher Education in Switzerland with a degree on hotel management. [email protected]