Brexit's article 50 is triggered: The future of business travel in Europe is at stake

By Michael W. McCormick , Executive Director at the GBTA 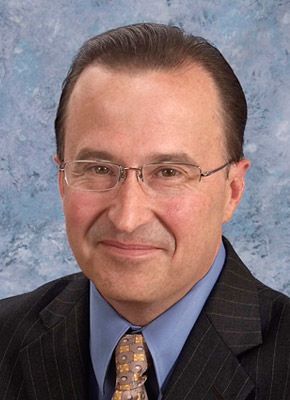 This afternoon in Brussels, GBTA met various leaders including Mr. Tim Figures, Head of the Competitiveness and Market department as part of the Permanent Representation of the United Kingdom to the European Union on this historical day in the future of Europe.

Last June, the people of the United Kingdom voted to leave the EU, which fostered the term "Brexit". Yesterday marked the next major milestone in this process as Prime Minister Theresa May signed Article 50 officially beginning the separation process. Today, it was delivered to European Council president Donald Tusk. By triggering Article 50 and formally notifying the intention to withdraw, the clock to negotiate the UK's exit starts running.

So, what happens next? The EU has 48 hours to respond with draft negotiating guidelines. The EU is also likely to convene an emergency EU Leaders Summit on 6 April to discuss the matter. Negotiations should begin in earnest this June. This BBC article profiles the leaders who will be key to the negotiating process.

The UK and the EU will have two years from today to agree on an exit agreement as well as a new trading relationship. The two-year negotiating period can be extended for one year if all other EU countries agree. Any agreement needs to be unanimous among every country involved. If the talks collapse at any point in the two years, Britain could face leaving the EU without a deal at all.

The main objective of the EU will be to minimize the negative impact of UK's exit on the EU economy and business while demonstrating that the UK cannot 'have its cake and eat it too' in order to avoid setting a dangerous precedent for other countries.

What does Brexit mean for business travel and the economy? Uncertainty is never good for business. We have seen this in the impact of recent executive orders issued by President Trump to the electronics ban implemented by both the United States and the UK.

The potential for financial upheaval and pending changes to trade and immigration rules will raise many concerns in corporate management and travel offices – causing some postponement and even outright cancellation of business trips. It may also trigger travel budget constriction as management seeks to hedge the uncertainty.

A positive, and perhaps unintended, consequence that could result will be the possibility that negotiations will help the EU finally push through barriers in discussions about EU aviation including modernizing the EU airspace, air traffic management and air passenger rights.

The true impact will only be fully revealed as time passes. GBTA will be involved every step of the way keeping you up to date on how this will impact our industry and advocating on your behalf for the best interests of our industry.

All this week, GBTA is in Brussels engaging with policy makers at the Council of Member States, the European Commission and the European Parliament. As we meet with these key EU decision-makers, we will focus primarily on visa issues expressing the importance of visa-free travel reciprocity between the EU and the United States and will also address transport and aviation-related issues. Stay tuned for a more in depth post on our engagement with EU policymakers.

Over the past four years, Mike McCormick has led GBTA through a period of global expansion resulting in member growth of 106 percent over this same period. He oversees the daily operations of the GBTA association, foundation and academy with staff on six continents. McCormick comes to GBTA with more than 25 years of travel industry experience, including leadership positions at such travel brands as Rosenbluth International, PhoCusWright and Travelport.