Are Airlines in the Hospitality Business?

By Stan Sandberg, Co-founder of TravelInsurance.com 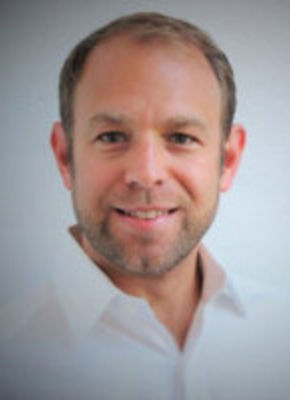 To say that this has not been a good couple of weeks for United Airlines is an understatement. First there were the girls who were turned away from their flight because they were wearing leggings deemed to be too revealing. Then, just as that unfortunate coverage was fading away there was this week's case of the passenger forcibly removed from his flight, seemingly to make room for United personnel. In the words of United's CEO , the man was "re-accommodated."

Whether United had a corporate rationale for its outrageous behavior or its employees were merely adhering to an overly rigid set of policies, United lost sight of who they really serve--that is their customers.

In case you missed them, both incidents are available online courtesy of mobile phone videos captured by other passengers. Twitter and Facebook lit up instantly in both cases, and United's stock took a hit, and it's likely that the company's bottom line will continue to be affected. This is not the viral media that PR and advertising agencies promise in their marketing materials. It's what they normally refer to as "crisis communications."

To be fair, United is not the only airline to have received negative publicity through the social media amplifier. Professional surfer Alexander Gray had five of his competition surfboards broken by American Airlines this week while returning home to Los Angeles from Hawaii, a route that should be all too familiar with handling oversize surfboards. American Airlines, like most other airlines, charges a surcharge ($150 in this case) for oversize equipment like surfboards. Gray and his 80,000 Instagram followers took up the cause and American's social media feeds have been inundated by the #americanairlinesbreakssurfboards hashtag.

What makes United's situation notable is that it has happened twice in the span of a few weeks. Part of the problem may be one of expectations on the part of both United's management team and the traveling public. To many in the airline business, air travel is transportation, getting people from here to there. That vision contrasts significantly with the expectations of many travelers who believe that airlines are a part of the hospitality industry. To them, it's not just getting from here to there and back again. It's about traveling in comfort if not style. To many, the flight is a part of the trip, no different than the hotels and restaurants they will frequent. It makes no difference whether it's a vacation or a business trip.

The public's response to the airlines' missteps seem to have come as a surprise to United's management. It really shouldn't have come as big news. The public's response to the airline industry's cuts in amenities like blankets, pillows and meals have been subjects of grumbling not to mention late night comedy monologues for several years. People notice and they care. In taking a quick temperature of public sentiments, social media can be just as useful to companies as it can in other circumstances prove harmful.

While airlines certainly have the right to cutback on services, an important question is whether it's a wise business decision to put customer service and perception last. Many overseas airlines have grown and prospered by putting service first. Even United's own marketing campaigns would seem to indicate that they "get it." Yet when the pressure's on, it would seem that they really don't. Until the time comes when airlines realize that they're as much a part of the hospitality industry as they are a part of the travel industry, they will continue to get burned online and off.

Stan Sandberg is the co-founder of TravelInsurance.com, a premier travel insurance comparison website. Stan appears regularly on industry panels and has been quoted widely as an expert in the field. TravelInsurance.com works with top global insurance companies such as Allianz, AXA, AIG, CSA, RoamRight and others and provides a transparent and fast shopping experience.