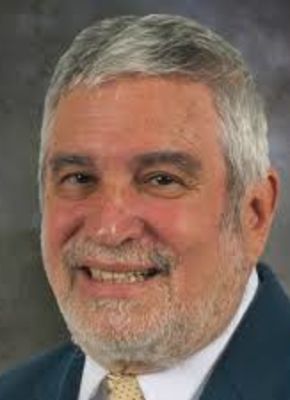 We only have to see photos of people praying in Mecca, visiting the Vatican, washing in the Ganges, or attending a religious festival at the Western Wall in Jerusalem to know that both religion and religious pilgrimages play a major role in tourism. Religious tourism even bleeds into the world of "secular faith" as proven by the millions of people each year who make a "pilgrimage" to places such as Washington, DC or treat their favorite football team almost as if it were a religious icon.

People in the world of tourism should not be surprised by this phenomenon. Faith based visitations speak directly to the emotions and tourism is all about the "experience" of being there. Although we do not like to think of religion as being connected to business, the reality is that religion is a major business and with a great deal impact for on the tourism industry. In fact, there is much that tourism professionals can learn from the world of religion and how religion speaks to the very soul of its adherents.

One of the oldest forms of tourism is religious or faith based tourism. The Bible speaks of ascending to Jerusalem at least three times a years for each of the Biblical harvest festivals.

Likewise the Islamic world is famous for the Hajj or pilgrimage to Mecca. Other cities around the world have developed religious tourism. People from around the world visit locations such as: Fatima in Portugal, and Lourdes in France.

Although there are many differences between travel by the faithful to a religious site and a theme park, interestingly enough there are also many parallels between what would appear to be two very different venues. For example, in modern (and from what we can learn from ancient texts, also in the ancient world) both religious sites and theme parks produce secondary industries. We only have to visit Rome or Jerusalem to see hundreds of people selling religious souvenirs. Just as in the days of the Bible, the lodging industry is impacted by religious tourism and in many places lodging grows around a particular pilgrimage site. Just as in the world of tourism, religious tourism is aimed at a particular audience, in this case, the believer, whose faith turns what might be for a non-believer the secular into the sacred.

Visiting a religious site is an exercise in emotion rather than cognition. The site may not be beautiful or grandiose but in the eye of the believer such a site is both spiritual and memorable. Religious or faith-based tourism, however, is not only about pilgrimages. Faith based travel may take place for life cycle events, for missionary work, for reasons of humanitarian interest and/or as part of religious conventions and conclaves. Religious tourism is big business. It is estimated that in the US alone some 25% of the traveling public is interested in faith-based tourism. When one adds to this the number of people who travel for faith-based conventions, and faith based activities such as weddings, bar mitzvahs or funerals, the number become extraordinarily large. World Religious Travel is one of the fastest growing segments in travel today. Religious travel is estimated at a value of US$18 billion and 300 million travelers strong. Religious tourism sites bring in considerable revenue.

To help you deal with this growing travel trend. Here are some essentials to help the busy travel and tourism professional.

While a recent study reported by the Associate Press found that Israel was the number one preference of faith-based travelers followed by Italy and then England, faith-based tourism does not have to be built around a pilgrimage site.

There is no doubt that it helps to have a major religious center, such as Jerusalem, Mecca, or Rome most locales will never have such holy sites. Lack of a religious center does not mean however that a location cannot develop faith-based tourism. Florida has created its own Bible land, and multiple cities around the world have found ways to incorporate religious holidays into their tourism product.

A locale does not need to have a major religious site to be part of religious tourism.

Religious tourism is anything that touches the visitor's soul. Take an inventory of your local houses of worship and you may discover that they contain not only great items of beauty but are the holders of personal histories and culture. In a world where people seek both personal genealogies and an understanding of who they are, both local houses of worship and cemeteries may provide a whole new travel experience, that adds not only to your community's bottom line but provides in-depth experiences.

Take care of the physical appearance and condition of your religious sites.

Emphasis on maintaining sustained tourism with minimal corrosive impact on old and sacred structures and places of worship is imperative. Religion has an enormous sentimental value. The devotees and tourist having a thirst for holy voyages would certainly love to see their religious destination and places of worship well preserved touching the acceptable standards of cleanliness and existence of infrastructural support.

Religious travel is often less prone to economic ups and downs in the market place.

Religious travelers also tend to panic less during periods of political turbulence. Because faith-based travelers are committed travelers they tend to save for these religious experiences and travel despite the state of the economy or political challenges.

Faith travelers tend to have different motives for travel then do travelers for other reasons and tend to fear less.

For example, faith-based travelers often travel as part of a religious obligation or to fulfill a spiritual mission. Because faith base travelers tend to be more steadfast in their desire to fulfill what they see as a commitment they can provide a steady flow of income to a local tourism economy.

The religious and faith-based market have the advantage of appealing to people from around the world, of all ages and of all nationalities.

Tourism and travel professionals should be aware that this market might well double by the year 2020. To add to this number many faith-based travelers prefer to travel in groups rather than as individuals.

Religiously aware professionals should be careful to be sensitive to the needs of this market.

This means that tourism professionals should consider everything from the types of food served, types of music played to when local activities take place. As in other forms of tourism it is essential to know the market. For example, airlines that do not offer vegetarian meals may loose a portion of the faith-based market whose religion has specific food restrictions.

Connect your local secondary industries with your faith-based tourism.

All too often the spirituality that visitors seek is lost at the level of supporting industries. During faith based tourism periods it is essential that hotels and restaurants connect with the arts and cultural communities to develop an overall faith based product rather than a mishmash of unrelated offerings.