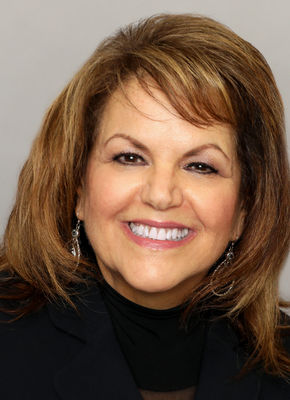 Looking at the large online travel agencies recently you might be surprised to spot a few new names among the Starwoods and Marriotts. Tribute? Curio? Quorvus? Could these be new independent David's taking the hotel-world Goliaths by storm?

Of course, these aren't new companies by any stretch of the imagination, but fresh incarnations of those same hospitality superpowers that have dominated the industry for decades. Independent in ethos, but multinational in outreach, these are the new hotel 'soft brands', they've come out of the blue, and they're opening up everywhere.

But what is a soft brand, and why is everyone talking about them lately? At BLLA when we refer to soft brands, we mean independent hotels that have joined a large chain and are reaping the benefits of their loyalty programs, while maintaining a degree of independence and a discreet identity. For examples, look at Marriott's Autograph Collection or Hilton's Curio, where the hotels are independently run, but under the umbrella of a huge worldwide brand.

Soft brands are a controversial topic, with some arguing they offer the best of both worlds, and others considering them a terrible compromise. But whichever side of the fence you are on, there is no harm in gaining a better understanding of what this phenomenon is, the better to deal with soft brands' influence on the marketplace.

In a way these 'corporate independents' are the logical extension of a journey that began with the homogenization of the hotel industry through the growth of the big brands. As the hotel industry became more and more corporate, and the hotels more and more alike, the appeal of independent hotels, with their own style and unique character, became more and more apparent. Consequently, the majors took note of the growth of the boutique sector and started to see what they were missing – that this injection of personality, attentive service and an individual touch was exactly what their own megabrands were sorely missing.

And therein lies the raison d'être of the soft brand – all the individuality and personalization of a mom-and-pop boutique hotel, mixed with the financial might and marketing heft of the some of the world's largest brands.

There is no position more liberating than independence – being beholden to no paymaster, even in a 'soft' capacity, leaves lone operators with the freedom to create their own identity and go against the norm in unique and refreshing ways. And this leads to the kind of individuality and personalization that make the Boutique & Lifestyle sector truly shine.

But of course independence also carries with it a greater risk, and there's no doubt that, faced with a straight choice between 'soft brand' arrangement and bankruptcy, closure or being swallowed whole by a superbrand, there's no question over which is preferable.

And that's not to mention the many advantages that corporate helping hand brings with it. It would certainly help with affording the exorbitant fees of online travel agencies such as Expedia and Booking.com, and the increased visibility that these arrangements can bring. (Although in StayBoutique.com we've developed a truly independent alternative to those sites, with 100% of booking fees going direct to our member hotels.)

It remains to be seen whether 'soft brands' will stand the test of time or go the way of so many other hospitality-industry fads before them. But one thing is for sure: the appeal of true independent hotels continues to grow, and through organizations like BLLA, we are developing the infrastructure and support network needed to promote and sustain truly independent hotels without associating ourselves with the big chains. Boutique & Lifestyle with the sector growing year on year, and BLLA's membership expanding at an equally fast pace, we're swiftly gathering the resources needed to compete with the big legacy chains from a position of independence. And there's nothing 'soft' about that...