Which Social Media Platforms Should You Use To Promote Your Business? 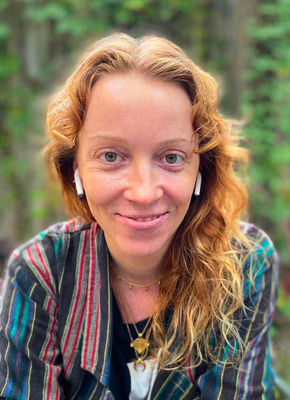 Social media is a fantastic marketing tool for the hospitality industry, as it allows hotels to connect with their target audiences in a space they are already enjoying and interacting with other brands. Social media is affordable, easy-to-use once you're familiar with the ins and outs of each channel, can be accessed 24/7 and delivers messages to potential customers globally, in real-time. It is changing the way consumers search for and book trips, making it an operational imperative for B2C companies to have a presence on the top B2C-focused social media sites.

Even B2B companies can use social media to identify, connect with and build relationships with potential customers. Here are some important statistics about the 6 most popular social media channels, including what makes each so effective and which type of hospitality company they would be best suited for:

Facebook
Even with new social media channels popping up all the time, Facebook is still king. "There are 1.94 billion active monthly users, with 1.28 billion users logging in daily. Five new profiles are created every second."

"Eighty five per cent of these daily active users are outside of North America."

"Just 3.57 users connect every person on Facebook to every other person. If Facebook were a country, it would be the largest country on earth."

"Three hundred million photos are uploaded per day and 4.75 billion pieces of content are shared daily."

Take-away: Facebook's user base is steadily growing across all demographics, so there's tremendous potential value for your business on Facebook. Users' shares, likes and comments are akin to a personal endorsement; "86 per cent of Millennial travelers were inspired to book a trip based on content they viewed online," making it important for all B2C hospitality companies (like hotels!) to be active on Facebook.

"Thirty two per cent of Internet users use Instagram."

"Users have shared more than 40 trillion photos to date… The average number of photos and videos uploaded daily is 95 million."

"Eighty per cent of all Instagram users come from countries outside of the United States."

"According to a forecast by eMarketer, 48.8 per cent of U.S. brands will use Instagram for social media marketing in 2016."

"Posts with at least one hashtag average 12.6 per cent more engagement."

Take-away: Instagram is a great way to create brand awareness for hotels using visual content, which is more effective at creating an emotional reaction in potential customers, making them more likely to book with your property. Users can also tag your property in their images and videos if you have an account, increasing your views – without you even lifting a finger! Stories are increasingly popular and a great way to share timely information about your promotions with your friends. You can also share videos that you'd like to stay on your page directly to your feed. Check out my step-by-step guide on how to post a video on Instagram.

"Seventy nine per cent of users are outside the US, with the top 3 countries being Brazil, Japan and Mexico."

"Thirty six percent of online Americans aged 18 to 29 years old use Twitter, more than any other age group."

"Sixty six per cent of Twitter users have discovered a new small or medium business on Twitter, 94 per cent plan to purchase from them and 69 per cent already have."

Take-away: There are great opportunities for consumers to learn about your business through Twitter; however, because so many tweets are sent per second, it is easy for yours to get lost. This means your tweets must be very good and very shareable to be effective. To find out more about how to make your tweets more shareable, check out this article.

There are 42 localized versions of YouTube for different countries. "YouTube is broadcast in 76 languages, covering 95 per cent of the Internet population."

Take-away: Don't these stats make you want to create a YouTube advertisement? One thing is clear: the days of television ads are behind us. Using YouTube, it is easy for content to gain attention and garner views and it's also popular globally, allowing your business to reach over 95 per cent of all people online.

Pro Tip: You can share the same videos you create on Instagram via your YouTube channel. To be most successful, you should make your brand video between 31-60 seconds long.

LinkedIn
There are "more than 450 million members of LinkedIn."

"Forty per cent of LinkedIn users visit the site daily."

"Forty one per cent of millionaires use LinkedIn."

"LinkedIn is used in 200 countries and territories, with 70 per cent of LinkedIn users being based outside of the US."

"LinkedIn users are four times more likely to visit your website than Facebook users… LinkedIn accounted for nearly two thirds of all social network referrals to corporate homepages… far more than any other social network."

"LinkedIn has the highest visitor-to-lead conversion rate (at 2.74 per cent) among all social media platforms; in fact, it's 277 per cent higher than both Facebook and Twitter."

"Eighty per cent of LinkedIn users say they want to connect with companies."

"…users are almost 50 per cent more likely to buy from a company they engage with on LinkedIn."

Pro Tip: "LinkedIn's own researchers found that updates containing links get up to 45 per cent higher follower engagement. Meanwhile, images get a whopping 98 per cent more comments," so create your content accordingly to earn the highest conversion rate from your posts. In addition, posts that asked questions "got double the comments of updates without questions," so whenever possible, use questions to boost engagement with your followers.

"Users spend an average of 30 minutes a day inside the app."

"Snapchat has its highest penetration rate in Ireland, followed by Saudi Arabia and Sweden, according to the Global Web Index, with India, the United States, the United Arab Emirates, Canada, Belgium, the United Kingdom, and France rounding out the top 10."

Take-away: Snapchat is an amazing way for B2C brands to use images or short videos to engage Millennials, who are a highly valuable audience for hotels. In your images and videos, share your property's amenities and the on-site experiences offered, including food, drinks, events and décor, as well as destination-specific videos and information. This will help your property become a resource about the destination for potential guests, increasing your brand awareness and making it more likely that they will choose to book with your property.

I'm a PR pro with a passion for the travel industry and 10+ years experience executing media relations, content marketing and marketing activities for B2B tech companies selling their tech product or service to hotels. If you need someone who is passionate about the hospitality industry AND who can tell the difference between a PMS, CRS and RMS, I'm your girl! Some of JLNPR's clients (both past and present) include REVPAR GURU, Vertical Booking, LodgIQ, SiteMinder, TripCraft, ReviewPro, Loylogic, among many others.