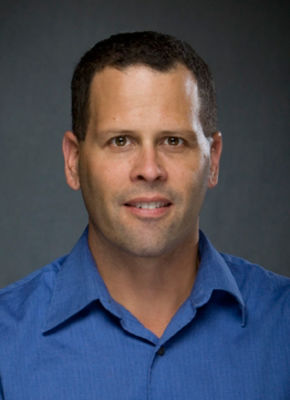 Israel has been touted as the "Start-up Nation," a moniker it's received due to its surfeit of companies listed on the NASDAQ. But only recently did its tech start-up community catch on to the need for innovation in the hotel space, and begin to tackle the industry's thorniest issues.

From the tech ecosystem that brought us Waze, MobilEye and the self-driving truck, the country's tech innovators find themselves smack in the middle of key issues and debates confronting the U.S. hotel industry, including the hotel-OTA relationship, the rise of Airbnb, the emergence of artificial intelligence and machine learning, and the lethargy of the hotel community in the face of threats posed by new gatekeepers and disruptors.

These and more were discussed at Travel Tech Israel 2017, created by Innovel, a Tel Aviv-based innovation center that incubates start-ups in the travel space.

The conference drew close to 400 attendees, including more than 100 Israeli start-up companies; brands, including AccorHotels, Hilton, and well-established tech leaders, such as Booking.com, Airbnb, Skyscanner and Fornova.

Of Battleships and Dynamic Distribution

"[Travel companies] are battleships," said travel industry analyst Henry Harteveldt, who opened the conference and served as its emcee. "They talk a good game, but are slow to innovate."

Many brands have made innovation a priority, but industry wide, the progress is slow and impeded by the size of hotel companies and lack of corporate incentives to innovate quickly—all on the back of antiquated legacy technology systems that were created as long ago as the 1960s.

None of the problems are new, but some of the Israeli start-ups brought a distinctively original perspective.

Fornova argues that the hotel-OTA competition is not a zero-sum game, with hotels standing to gain much more by partnering with OTAs on their own terms, than by casting them as villains and net negatives for the industry. Fornova believes there is an opportunity to turn OTA relationships to hotels' advantage, using them to sell rooms in markets where brands or smaller chains do not spend a lot of money, and marshaling real-time rate data to help hotels market brands more efficiently and effectively.

Another innovator, VDRoom, painted a picture of a future booking path in which guests will book hotels via Google Glass in an augmented reality environment—and with AR all the rage, why not?

A third company, SmartTag, has designed an elegant RFID chip bracelet to allow guests to make cashless payments for products and services throughout the property, opening the potential for increased F&B and retail sales at resort hotels and attractions.

A start-up called Viggo Hotels is combining on-property WiFi services with Smart TV upgrades and guest engagement software on a single platform—promising to solve in a single place many of a hotelier's most persistent headaches.

OTAs, Data, Security Threats and 'Meeting in the Middle'

Gupta said his chief concern comes much more from the OTAs than from Airbnb. He argued that the true differentiator for recapturing the guest relationship is providing services guests cannot receive elsewhere, in the booking path, and more importantly, once the guest reaches the property and throughout her stay. Personalization, of course, is the ultimate goal. He encouraged start-ups to focus on the entire guest experience, beginning pre-booking, continuing on property and through check out to the next visit.

Gupta noted that there are 70 million guests coming to AccorHotels each year, including more 20 million bringing luxury data.

Further on data, Israeli security start-up Trustifi spoke about hotels' vulnerability online, ranging from malware that can expose hotel records and guest profiles, to disabling attacks that can separate guests from their rooms, their belongings or their credit cards. Trustifi adds a new layer on top of encryption to ensure that the person who visited a hotel is the only one with access to his bill and credit card information—no one else.

Hilton's Brennan was asked about the best way for hotel brands and start-ups to work together. With hundreds of innovative companies offering solutions touching on every part of the hotel's operation, how can the hotel community leverage the newest innovations without digging into each individual solution and getting overwhelmed?

"Hoteliers don't necessarily know yet what we need," said Brennan, echoing the Steve Jobs mantra that the key is developing new products and services before the end user knows they need them. "You guys develop what you think we need—and then we'll meet in the middle."

Summing up the day's discussions, Innovel Founder Rom Hendler noted that travel is one of the most vibrant sectors in Israel's tech ecosystem, which is a natural: high tech and tourism are two of the small country's top five industries. The intersection of leading-edge technology and the travel business should not come as a surprise to anyone.

What was new at TTI 2017 was the incredible sense of vibrancy and depth of understanding of the hotel industry's global innovation challenges. Prediction: Of the more than 50 companies I spoke to in the course of two days, at least 10 of them will find themselves into the upper echelons of disruptive hotel technologies in the next five years. All they need is the worldwide stage, and the funding to nurture them along.

Silicon Valley, beware: Israeli innovation is coming up right behind you.

Michael Frenkel is a NYC-based marketing, communications industry relations and business development innovator with more than 20 years of experience in travel and hospitality. Michael is Marketing Partner at Thayer Ventures, the only Venture Capital firm focused exclusively on travel technology, and founder of leading strategic communications firm MFC PR.