How to Discuss Workplace Misconduct with Your Employees 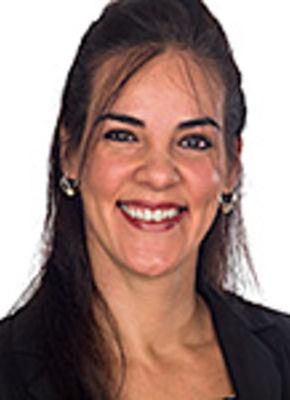 Anyone who knows me well, knows that I am terrified of just one thing: bees. Rats? No problem. I worked in New York City restaurants for years and learned to sidestep them on the street on garbage night. Dark alleys? Easy. I practice BJJ which keeps me confident and alert. But bees? Can't stand the sight of them (notice I couldn't even bring myself to add a picture of a real bee to this article) and won't wear black and yellow color combinations. So, it's ironic that the four things I consider essential to a properly conducted workplace investigation result in the acronym 'B.E.E.S.'

What are these four things I've learned are vital to master in order to conduct an effective investigation? They are:

But let's move on. These four topics are complicated and worthy of lengthy discussion for each, but below are just a few reasons why I consider them vital to any internal investigation, review, or audit.

It is impossible to conduct an independent investigation without mastering your own biases. These tendencies to think or behave in a certain way can be unintentional, but can lead to rash decisions. Here's an example: I'm a woman and I've been harassed. If someone approaches me with an emotional tale of on-the-job sexual harassment, I feel for them; I understand where they're coming from, and I know how hard it was to voice that complaint. But I don't think, "wow, what a jerk that guy must be. Let's get him fired."

The accused has as much right as the accuser to be heard. It's possible the allegation was fabricated, or embellished, or it could be completely accurate. But, I don't come to any conclusions without conducting a complete investigation, free from any bias, until I have sufficient evidence that substantiates the allegation (or not).

Investigations involving employee interviews are challenging. People lie, cry, become threatening, sometimes fake illness. It is very tempting to give in to anger, frustration, and fear. None of these emotions will add to the quality of your investigation and worse, they may hinder your objectivity and derail your strategy.

Mastering your emotions in the face of an allegation that could ruin your reputation, your business – or even just your day – is a critical factor. So much so, that I would recommend seeking a third party to help you conduct the investigation if you feel you can't, or won't, maintain your composure throughout the process. A third party could mean a professional (e.g., lawyer, forensic accountant, law enforcement), or it could be someone you trust and to whom you are comfortable delegating an uncomfortable task. If you don't have sufficient in-house HR, Legal or Internal Audit resources (this article was written with the assumption that you do not), this could be a co-owner, or someone on your management team that is NOT involved in the situation being investigated.

Why is this so important? Consider an employee who has been accused of theft. Perhaps you trusted that employee and are deeply hurt by their actions. Perhaps you raise your voice and walk them out the door while yelling "you're fired!". You didn't get an admission. You didn't collect evidence. The now ex-employee decides to sue you for a wrongful termination. Would you rather have objective and clearly documented evidence of an impartial investigation that resulted in an employment separation that is auditable and defensible, or a series of he-said/she-said arguments that can't be supported by any evidence other than what may have been overheard by other employees? I can't stress enough the importance of maintaining your composure during these difficult conversations. The goal should be to dispassionately gather objective evidence that supports or disproves the allegation, not to vent frustration or anger, or prove that you're the boss. No matter how discreet you are, the rest of your employees will know whether or not you handled a difficult situation in a fair and just manner.

Speaking of proving who's the boss, this is another area where I see many leaders win battles and lose wars. As noted above, the purpose of an investigation is to prove or disprove an allegation so that you can resolve the matter and get back to work. I'll take that further here by saying, the allegation should be supported with sufficient, verifiable evidence – gathered in an objective fashion – that can withstand scrutiny by a third party that doesn't have a stake in the outcome of your investigation. If you are determined to "win" in the investigation, it could prove to be an empty victory. Why? Because nothing about the investigation is about you. This is so important, I'll repeat it: nothing about the investigation is about you – if you aren't part of the scheme. You're simply the one tasked with figuring out what happened and, possibly, how to fix the problem.

For example, you may decide to conduct an interview with an employee whom you suspect is skimming from cash sales. But during the interview, you spend most of the time talking AT the employee instead of providing opportunities for that employee to talk TO YOU. You may do this because you want them to know that you're "onto" them and they sure can't fool you; or maybe because your boss is watching and you want to make sure they know you're on top of things, large and in charge; or maybe you just like to watch law-and-order type television shows and think it's fun to have a chance to play "The Closer." But the best employee interviewers I've seen are slow to talk, quick to smile and encourage, and are soon nodding sympathetically as the employee admits to the activity under investigation. I call this the "Pinball Approach." Just hit the ball every so often in the direction you hope for it to go, then sit back and watch the game unfold. One of my favorite movie scenes perfectly describes this ability to quell your ego during challenging situations. It's from Roadhouse, in which the late Patrick Swayze played a legendary bouncer named Dalton who specialized in cleaning up rough bars:

Dalton: If somebody gets in your face and calls you a "expletive", be nice. Ask him to walk, be nice, if he won't walk, walk him, but be nice, if you can't walk him, one of the others will help you and you will both be nice…I want you to remember, that it's the job, it's nothing personal.

Dalton: No, it's two nouns combined to elicit a prescribed response.

Dalton: I want you to be nice… until it's time… to not be nice

Bouncer: So, uh, how are we supposed to know when that is?

Knowing when and when not to be nice, however, requires a strategy. In which direction do you want to push, and how hard do you want to hit, the pinball? What do you hope to accomplish? Before you approach a potential witness or implicated person, be sure to prepare thoroughly. What information do you have to start with? Based on that information, are you able to develop a theory about what happened, who was involved, and how you can prove the involvement? What issues should you consider before sharing the details of the allegation with anyone? Could potential evidence be destroyed? Will you need to collect computers, mobile phones, or tablets? Is the issue sensitive enough to warrant contacting your attorney for guidance before you do anything at all? Could the implicated employee simply walk out and never return? This might seem like a blessing, but if they are walking out with your money, you should make every attempt to recover it before it's too late.

Here's an example: an employee alleges that two restaurant bartenders are colluding with a manager to skim from cash sales by using the manager's point-of-sale system access card to "void" drinks from checks that were paid for in cash. The three of them split the cash at the end of every shift. The employee provides the names of the bartenders and the manager. What strategy can you apply to investigate?

One final recommendation: whenever possible, have a second person present in the room to take notes and act as a witness. This person should be introduced without fanfare (no egos!) as someone simply tasked with helping you document the discussion. Having another person in the room will help mitigate future "he said/she said" arguments.

Addressing misconduct, fraud, and theft with your employees can be straightforward or complicated, depending on the people involved and the nature of the allegations. But, regardless how complex the issues, remembering the BEES will help you maintain your composure during a difficult time, minimize disruption to your operation, and help you and your employees get back to focusing on your business and your customers.

Juliette Gust has led over 1,300 investigations in 74 countries, and has advised on close to 10,000 whistleblower reports. She is the former global Director of Fraud & Investigations for Starwood Hotels & Resorts. She also served as a subject matter specialist within PwC’s Regulatory, Forensics, and Hospitality & Leisure practices.