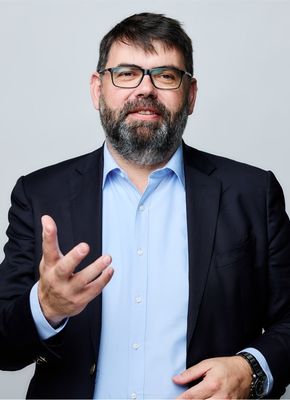 Our recent study * on PMS available on the French market about their features, their interoperability and their security has confirmed an underlying trend: the world of PMS is a world that operates "as we have always done."

The world is changing fast, technology even faster. The PMS takes its time, the PMS imposes its deadlines, the PMS slows everyone down, the PMS is obsolete. If the PMS was only for its publishers, it would not matter. The problem is that an entire vertical economy furiously depends on the PMS, which is the operational IT root of the industry. In a hotel, there is no possibility of disconnecting technology: a hotel works 24/7, 365 days a year, and especially when others rest and unplug.

Reminder of the hotels IT architecture

Exception aside, hotel technology is primarily based on the PMS. Why is that? Because the billing system and then the planning were the first to be mechanized and thereafter to be computerized.

Step by step, the hotels asked their PMS partner to interface with other solutions that would help them in their daily operations. For simplicity and due to a lack of strategic vision, hotels have chosen this path. From a PMS perspective, this is a great opportunity not only to increase its average basket but above all to increase its customer dependency, which makes the divorce even more complicated. PMS' interest is THE top priority, the interest of its client only comes second. Don't you agree? Well, consider the PMS global leader's behavior.

Shall we throw out the baby with the bathwater (this is a typical French remark "Faut-il jeter le bébé avec l'eau du bain")? Today, NOT AT ALL. Why? Because otherwise how would hoteliers manage their daily management and suit their customers.

In this context, the strategy of CitizenM which really controls its technology and especially its data should guide other hoteliers to think and to act.

To change the ecosystem, a few solutions are emerging that put the PMS back to its true role: the PMS handles operational and only operational. Before confirming that this a the best available stragegy, best is to wait and see how smoothly the daily operations run.

Where are these PMS based?

41% of companies make no more than half a million Euros annual sales, 50% less than one million, 61% less than two million ... With such a low turnover, it must be difficult to run a R & D department (Research & Development) with a real "R". Not a single thriving technology company can do without a strong or very strong "R". In this context, how can we hope for innovation?

Cloud is taking the lead

Conversely, 1 in 8 does not have a single interface!

What does it mean ? That the hotel is either locked into a short list of third-party solutions that do not necessarily suit him or he is sentenced to manually manage other tools.

Superman Syndrome? Of course not!

88% think they can meet the needs of Luxury Hotels, 69% of Palaces hotels. Yet they are only 50% to have more than 10 interfaces.

Strangely this statistic does not reflect the other statistics: of those who make less than 500 k € of annual turnover, those who have little or no interfaces, those who do not know the cloud...

Standards are not for them

62% do not know HTNG (Hospitality Technology Next Generation), the association which has set up a large number of technological standards, for example the tokenization environment which allows PMS to delegate the storage of their customers' payment card data to a trusted third party, a "virtual safe".

PCI-DSS: 35% are not compliant

And many are in the process of becoming compliant by 31 December 2017, which means that the compliance rate at the beginning of September 2017 is closer to 50% than 65%.

Of those who are compliant, 21 do so using a trusted third party and 10 by themselves.

40% want to be paid double for each interface

When a third-party solution asks to interface with PMS, 40% of them ask for a financial counterpart, either a single "account opening" fee or a revenue share over time.

Don't forget that the hotel is already paying the PMS:

Half only have written specifications ready

When a third-party solution wants to interface with a PMS, the classic rule is that the PMS provides its written and illustrated technical specifications. 50% of them are therefore not ready to interface.

In a context of globalization and acceleration of technology, it looks obvious that PMS are globally in total discrepancy with the present century. French hotels still have a long way to go before they become truly technologically agile.

Can we extend to Europe? The other European markets are different, of course, but the trend towards small PMS businesses and the "blocking" of connectivity are elements that can be noticed everywhere.

This means that there are real opportunities for bold entrepreneurs who are not afraid to come up against the reflexes of the last century. It's the future that counts!

Oracle Hospitality Stumbled in Micros Integration But Says It Has Recovered - skift.com

11 September 2017 — Three years ago, business software maker Oracle acquired Micros, a hotel and restaurant technology company, for $5.3 billion in cash. Micros was the market leader. More hotels used Micros’s software to check in and check out guests than any other company’s reservation management software.
Read more

Trade in Sentimentality for a Future Proof PMS | By Kevin McCarthy

11 September 2017 — My team and I have now converted 36 properties to Opera Cloud PMS and another 10 confirmed for migration in 2017, and 20+ to come in 2018. This is one part of a bigger project including Cloud Revenue Management, Cloud CRM, Cloud POS etc. The shift from license upfront payment to the subscription model has brought with it an unexpected hurdle.
Read more

Guilain Denisselle has been an international hotel consultant since 2001 with clients throughout EMEA and North America. Specialist in hotel technology, he regularly speaks at conferences and events in Europe. After a dozen years of operational experience, he has worked with numerous technology companies (PMS's, CRS's, Channel Managers, OTAs, business travel, VAT) and hoteliers (chains, owners, operators, etc.