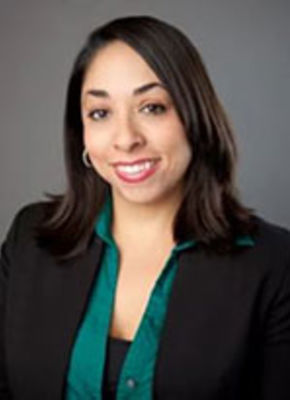 The LAX/El Segundo area has experienced robust growth in hotel demand in recent years, buoyed by increased passenger volume at LAX, the addition of new upper-upscale hotels, and sustained corporate demand from El Segundo and the surrounding markets. LAX is the second-busiest airport in the nation, behind Atlanta's Hartsfield International Airport, and the gateway to Southern California. The airport reached a new peak in passenger volume in 2016, which grew 7.0% over the prior year, and this trend continued through the September 2017 year-to-date period. The addition of Delta's direct flights from China on Boeing's Dreamliner and recent renovations at LAX have contributed to this growth.

El Segundo, a city located to the south of LAX, has become known for its business-friendly environment because of its proximity to the airport and Interstates 105 and 405. El Segundo is home to numerous Fortune 500 corporate headquarters, local companies, and government organizations. Although the city's population is approximately 16,900 (U.S. Census 2013 estimate), over 85,000 employees commute to the area every day. Major employers in the market include Northrop Grumman, SpaceX, Mattel, Gartner Inc., Raytheon, Boeing, Ricoh USA, Chevron, and the LA Air Force Base, which all contribute to hotel room-night demand.

Several developments are underway in the market, as well as throughout the greater Los Angeles area, that are expected to support growth in tourism and hotel demand in the future.

Developments at LAX: The $14-billion capital improvement program at LAX, which began in 2006, includes over 20 projects and is considered the largest public-works program in the history of Los Angeles. The centerpiece of the program is the new Tom Bradley International Terminal, which opened in 2013. More recently, the renovated, $229-million Terminal 5 opened in June 2015, and in July 2016, Delta Air Lines announced its $1.9-billion plan to modernize, upgrade, and connect Terminals 2, 3, and the north side of the Tom Bradley International Terminal. These upgrades will coincide with the largest project in the program, the Landside Access Modernization Program (LAMP), which will feature a 2.25-mile Automated People Mover (ACM) that will connect to a Consolidated Rent-a-Car Center (ConRAC), two Intermodal Transportation Facilities, and the Aviation/96th Street Metro stop.[1]

Metro Crenshaw/LAX Line: The 8.5-mile Crenshaw/LAX Line is currently under construction and will connect the Green Line to the Expo Line. The line is slated for completion in 2019, but will achieve its full traffic-reducing potential in 2023 when the Aviation/96th Street Metro stop is connected to the LAX ACM. This will be the first time that airport passengers will be able to access the terminals without relying on a vehicle or bus.[2]

More to Come in Los Angeles: Other major projects anticipated to support growing airport and hotel demand levels include the planned expansion of the Los Angeles Convention Center, the 2028 Olympics, and the new Los Angeles Football Club (LACF) soccer stadium in Exposition Park.

Lodging facilities are a critical component of an airport's success. Guestrooms for transient visitors, distressed passengers, and airline crews support the popularity of an airport destination. The LAX/El Segundo market is well supported by a diverse array of over 30 hotel lodging facilities, ranging from economy, limited-service hotels to first-class, full-service hotels.

The sheer volume of passenger traffic traveling through LAX bodes well for hotels in the immediate market. In response to recent robust occupancy levels and the positive outlook for passenger volume, several hotels have opened in the market in the last five years, and more are in various stages of planning and construction.

According to projections by the Southern California Association of Governments, LAX could reach over 100 million passengers annually by 2040[3]. As a result, hoteliers in the market expect supply additions to be quickly absorbed.

Historical transient occupancy tax (TOT) collections illustrate the increased demand for hotels in the markets surrounding LAX. As an example, the following table outlines historical TOT collections for the City of El Segundo, which has a current tax level at 12%, one of the lowest in Los Angeles County.

In 2015, TOT collections declined following the closure of the 600-room Hacienda Hotel. The property was converted to the recently opened dual-branded Aloft and Fairfield Inn by Marriott. As a result, TOT collections rebounded significantly by the year-end 2016; moreover, the City has forecast a 26% increase in TOT collections in 2017 given the recent additions of the Hampton Inn & Suites by Hilton and the Cambria Suites.

Our HVS database of hotels within El Segundo and the Century Boulevard Corridor illustrate that occupancy neared 90% by year-end 2016, while average rate registered in the low $160's range, resulting in an 11% change in RevPAR over the prior year. This impressive RevPAR growth marked the third consecutive year of double-digit growth in RevPAR. This trend has continued in the year-to-date period, albeit at a more moderate pace, with RevPAR increasing nearly $4, a 3% gain over the same period in the prior year. Increased passenger volume and strong lodging demand from local companies should continue to support the high occupancy levels in the market and, therefore, increase transient occupancy tax collections.

Since 2012, over $656 million in assets have traded hands in the markets surrounding LAX. Notably, the Belamar Hotel transacted twice within three years, appreciating nearly 83% during that period. The appetite to own an asset in this market continues to be high, considering the consistent demand levels and robust hotel performance.

Outlook: The market has hit cruising altitude and is still rising

A well-developed transportation infrastructure, including one of the nation's busiest international airports, should contribute to this market's continued strength and expansion. The breadth of companies in the LAX/El Segundo area, Los Angeles' reputation as a leisure destination, and the developments at LAX are expected to support continued growth in lodging demand; thus, the lodging market should continue to soar.

Joining HVS in 2012, Jessica enjoys combining her real estate background, finance education, and passion for hospitality as a Consulting & Valuation Analyst at HVS Los Angeles. Specializing in upscale and luxury hotels in the Los Angeles area, she has appraised properties from Santa Monica to North Hollywood, as well as the remainder of California, Oregon, and Arizona.