Putting Out Social Media Fires Faster In a Post-United Era 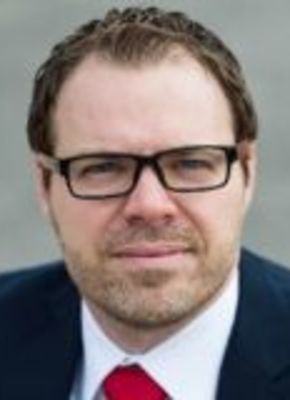 Understanding how to put out social media fires should be a priority for all hospitality companies, though public relations missteps can trip up even the most established brands.

Earlier this year, United Airlines provided the world with the latest example of why it's so important to be on top of your social media game. United was mentioned a staggering 2.9 million times on social media channels in the days following its troubles, according to leading social listening and analytics firm Brandwatch.

United is painfully aware of the chaos a public relations blunder can cause, but members of the travel and hospitality industries can glean valuable lessons from these unfortunate events and adjust their strategies to better prepare for future mistakes.

Include Social Media in Your Strategy

Given how long social media has been a part of the communications world, it's hard to believe that many companies haven't already incorporated it into their crisis management plans. If you haven't yet factored social into your plans, it's time for an update.

At a minimum, your plan should establish a clear chain of responsibility within your organization. It should also identify all stakeholders, incorporate guidelines for messages and responses, and establish protocols for dealing with different crises. If you're interested in additional guidance on creating your own crisis management plan, Cision offers some advice about what to include.

The United crisis highlights the importance of a customer-focused culture in the age of social media. A 2011 report by American Express found that 78 percent of U.S. customers have bailed on a planned purchase due to poor service.

Some of the most renowned hospitality companies have been prioritizing and living a customer-focused culture for more than 100 years. This customer-focused culture is ingrained in the DNA of notable hospitality companies, including everyone from room attendants and back-of-house staff to servers and front-desk staff. That passion for customer service doesn't happen by accident, though. It must be fostered within an organization, incorporated into how staff members are trained, and embedded in hiring practices and management incentive plans.

Still, this doesn't guarantee that gaffes won't happen. Hospitality leaders who have hundreds of thousands of guests living in their hotel rooms, flying on their planes, and eating in their restaurants every day are always at risk of making mistakes. Thankfully, a customer-focused culture creates an environment in which your customers are more willing to overlook small mistakes; it also incentivizes and enables your staff members to fix mistakes if they do happen.

Instead of falling back on legalese to insulate your organization from backlash over poor performance, adopt a strategy that prioritizes customer needs. When clients speak out against any of your standard practices or policies, consider it an opportunity to reconsider how your company operates.

Be Quick to Respond to Criticism

Thanks to social media and the internet, senior leaders are more visible than ever before. In the event of a major crisis, it's easier for people to hurl harsh criticism directly at business leaders.

A failure to respond to these comments within a few hours sends a clear message: You aren't listening to customer concerns. Instead of sticking your head in the sand and hoping the situation blows over, respond to criticism by acknowledging your shortcomings and trying to find a way to remedy the problem.

Moreover, you'll want to choose your words very carefully. Doublespeak makes customers feel like you don't respect their intelligence. Rather than use disingenuous language, be as sincere as you can be about the matter at hand.

When your company makes a mistake — it's going to happen sooner or later — honesty is always the best policy. You might still face public outrage, but it won't last nearly as long.

Denying the truth keeps the media and the public on your tail, and things can escalate quickly if you're caught in a lie. Provided that you are transparent and able to admit you messed up, customers will most likely be willing to accept your apology.

People aren't perfect, and companies aren't infallible. When an angry mob is calling for your head, falling back on legalese and doublespeak will only make matters worse. Have a sound strategy in place to snuff out these social media fires and keep yourself in the public's good graces. Your customers will appreciate your honesty, and you won't have to spend as much effort trying to spin everything in a positive light.

Michael Innocentin is vice president of e-commerce and digital for AccorHotels, a world-leading travel and lifestyle group and digital innovator. AccorHotels offers unique experiences in more than 4,000 hotels, resorts, residences, and private homes around the globe. Michael is also a board member of the Hospitality Sales and Marketing Association International.