How Destination Marketing Organisations Can Better Defend Their Budgets 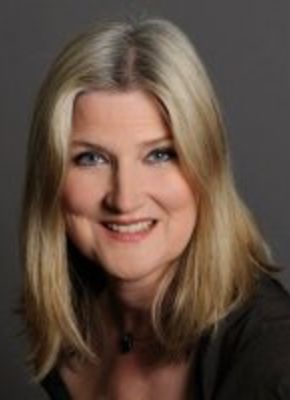 Don't wait for budget kick-back to happen. Here's how to be better prepared with data and arguments so you can retain valuable destination marketing budgetBy Carolyn Childs, co-founder and strategist, MyTravelResearch.comIt's brutal reality. Many destination marketing organisations (DMOs) are now tasked with doing more with a lot less money. Marketing money is tight most places. US States are facing dramatic budget cuts. (Brand USA may even be scrapped.) Visit Britain has suffered years of cuts. There are many examples around the world.

So what can DMOs do to better manage the process?

Having worked closely with DMOs over the years, MyTravelResearch.com believes it's time for destination marketers to quietly review their budget defence assumptions and techniques. It's not just about this year or next year. It's a long-term strategic issue.

Having looked across the range of successful strategies and talked to a variety of DMOs from national tourism organisations to local government areas, councils and towns, MyTravelResearch.com believes there are three indispensible elements to defending your marketing budget.

We call it the "ACE" strategy.

A is for Allies. Gather Them Around You
The most successful DMOs we have seen have a network of people to support them that is both deep (within the visitor economy) and broad (across other sectors).

You need to ask yourself, "Whose views are CFO and public auditors going to respect and trust?" "Who is too important to ignore?" To use a case study from Australia, it was the political clout of the farming sector that helped the tourism industry mitigate the impact of thebackpacker tax in 2016-17.

Furthermore, don't underestimate the importance of the public in this. Call upon as many allies as possible – the public, different sectors, chambers of commerce, NGOs. Build a network of allies with skin in the game.

The Big C: Collaborate With Your Allies
Once you have your network built, speak with one voice. As tourism is a sector with competing destinations and many players – theme parks, attractions, restaurants, nature reserves -- there is a temptation for everyone to put their own spin on the story and try to lead it.

Don't let that happen. Identify who should lead the message and keep it consistent across stakeholders. Policymakers have told us that it is the industry's inability to do so that makes it financially vulnerable relative to other sectors of the economy.

E is for Evidence. Master It
Finally, you need to support your allies and your case with firm evidence. What would be the effects of a budget cut? Which of your allies has evidence that might help? How robust is their data? Can you verify it?

But beyond allies and evidence, we've found that you need to understand the mindset and concerns of financial controllers if you want to persuade them.

Belief in the value of destination marketing varies a lot amongst legislators and budget controllers. Marketers often have a limited idea about those doubts and concerns. Understanding and speaking to those concerns is vital. Just as with customers, we need to see the process from decision maker's point of view.

Budget kick-back could happen tomorrow. Plan for it.

It's not a guaranteed approach, but we have found the three pillars of "ACE" to be most effective when securing or defending a budget. Indeed, an ACE strategy might even help you increase it.

There's more information on defending destination marketing budgets here. MyTravelResearch.com members can hear me talk through this topic and download an infographic on the key points to keep by their desk. Want to access this? Become an MTR member here.

Carolyn has spent more than 25 years’ helping businesses achieve their goals by using research and other evidence to guide strategy and planning – mainly in the aviation, travel and tourism fields. She has worked in more than 35 countries on every inhabited continent and brings a detailed understanding of customers and how to connect with them.