Africa: On a Rollercoaster Ride 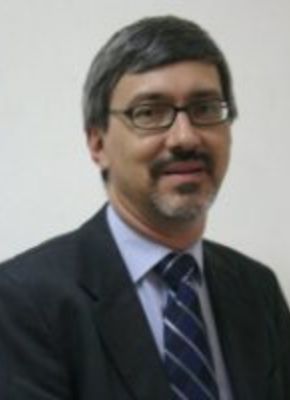 Towards the end of 2017, we witnessed the end of an era (a very long one) in Zimbabwe, as a soft revolution ousted President Robert Mugabe, and brought in Emmerson Mnangagwa. Shortly afterwards, we saw the election of Cyril Ramaphosa as the leader of South Africa's ruling African National Congress (ANC), on course to become the country's next president.

Elections are very important for the hospitality industry in Africa, as political power tends to be more centralized than in more mature democracies and major shifts are not uncommon. Investors – those who stay in hotels, and those who invest in them – need stability, which breeds confidence, and that means economic growth, a virtuous circle from which hotel owners benefit through increased occupancy rates.

In 2018, elections are scheduled in Cameroon, Egypt, Mali, Sierra Leone, South Sudan, and Zimbabwe. Maybe also in the Democratic Republic of Congo (DRC), but don't hold your breath on that one. Zimbabwe's election will be carefully watched. Investors in many sectors – not just hotels – are keen to (re)enter the country, having been deterred for many years by the indigenization policies of Mugabe, and we could see a massive increase in investments if the political environment is conducive.

Leading up to, and during, the elections, hotels benefit from the increased traffic from international observers, politicians, officials, and others who criss-cross the country. But it is the four- to five-year aftermath that really matters. Kenya had two presidential elections in 2017, and the impact on the hotel industry was positive, as the government "gets" tourism, and the authorities responsible for the industry were quick to promote the country, even (for the first time that I remember) running a campaign on regional digital satellite TV service DStv promoting the attractions of Nairobi, alongside the traditional beach and safari product.

According to a report we published about a year ago, almost 20,000 new rooms in 117 chain hotels are scheduled to open this year (out of a total pipeline of 73,000 rooms), an increase on the current supply of some 12.5 percent. Putting that into context, however, Africa has a shortfall of almost 500,000 rooms to reach the "rooms per head of population" ratio of Asia Pacific. That's a long way to go, but we're getting there. In 2009, the entire pipeline of future openings was just under 30,000 rooms.

In summary, I foresee a continuation of the rollercoaster ride that Africa's economies and the tourism industry that is so important for many countries. But for many, it will be onwards and upwards.