What is 3D touch technology and how will it be integrated into future apps? 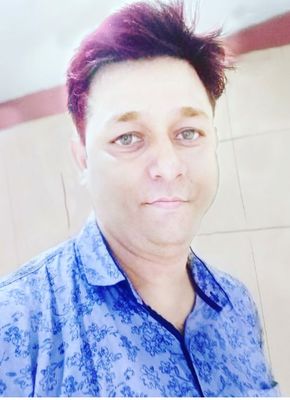 I am pretty sure you are no stranger to iPhone 6s or iPhone 6s plus which means you must have heard of 3D Touch technology incorporated in these phones as well but have you been able to comprehend 3D Touch technology fully? In fact, most of us only heard of it but don't really know much about it. This post will give you a very clear picture of 3D touch technology and how it works?

Apple is not just a brand's name but it certainly has been able to bring about a huge transformation in our outlook towards technology and unlike twenty years back from now, technology is quite a familiar, friendly and useful word. Thanks to brands like Apple for having made modern and advanced technologies increasingly simple and acceptable among the people.

In fact, whenever we talk about innovative technology, Apple is the brand that first crosses our mind for most of us, isn't it? It's because of its futuristic outlook towards technology as well as its persistent initiative to being about the right mix of the modern technologies through its various devices, be it a mouse or a highly advanced smartphone.

As a matter of fact, it was Apple that was the first to introduce multi-touch technology and the concept at once changed the way apps had been used till then with Tap, Swipe, and Pinch on iOS devices. Eventually, there had been a huge increase in iPhone and iPad users back then.

The Force Touch Feature based on pressure sensitivity technology wherein users could carry out several tasks like expanding reminders and dates much quicker than ever before by using different levels of force.

This concept was also introduced first by Apple and the technology was well incorporated in Apple Watch, MacBook, MacBook Pro and Magic Trackpad 2.

Have you heard of Apple's new invention, 3D Touch?

A lot of us must have already heard of it but how many of us really know what it really means? Well, this is certainly Apple's next big move to take Force Touch Technology to a completely new level of effectiveness with the help of high sensitivity and it is going to work with a brilliant combination of capacity sensors with the display on iPhone 6s and 6s Plus.

How Does the 3D Touch Technology Work?

The 3D Touch feature is certainly going to be even smarter than the Force Touch in terms of functionality. It will make things even faster and productive for the users. With 3D Touch, launching your Camera App would not be required in order to take a Selfie.

You only need to press lightly on the Camera App to get the option to take a Selfie on the Homescreen. Isn't that brilliant? You might find it a bit hard to believe but this is exactly how it's going to work. Even so many ios app development companies are working on this technology.

In order to use the 3D feature to the best, it's absolutely important for you to understand the Peek and the Pop. While Peek stands for a light touch, Pop stands for a hard touch.

For instance, if we consider a message, you can press it lightly if you only want to peek and in case, you want a full view, A Pop or a hard touch is what it will take.

Force Touch is really effective in distinguishing among the various pressure applied on the screen and it is fast to a certain extent. However, 3D is just a step ahead of it with a lightning-fast response and what makes it possible is the right blend of capacity sensors and strain gauges.

A lot of users will certainly find it by far more productive than the former technology of Force Touch.

What's the Future of Touch Technology going to be like?

The future of Touch Technology is pretty bright and considering the increasing number of iPhone 6s users, it surely is going to get a whole lot better in the upcoming years. Considering the kind of convenience and productivity it has brought about in the lives of many of its users, it is certainly here to stay.

From the perspective of the Smartphone makers, the concept of 3D Touch is a brilliant feature to invest on as they have begun to realize that it's going to help them accentuate the user experience of their device to a massive extent.

It's absolutely commendable about the way Apple has been contributing to making lives increasingly convenient and easy for the people. Most importantly, Technology is no longer limited to just a few people and Apple has had a huge contribution to helping people fall in love with Technology. Almost, all of their concepts have been greatly effective and this one is going to be a massively successful either.

Author Bio: James Grills is a technical writer with a passion for writing on emerging technologies in the areas of mobile application development and IoT technology. He is a marketing advisor - currently associated with Cumulations Technologies a mobile app development company in India.

James Grills is a technical writer with a passion for writing on emerging technologies in the areas of mobile application development and IoT technology. He is a marketing advisor - currently associated with Cumulations Technologies a mobile app development company in India.