How to Save a Year of Research for Your Account-Based Marketing? 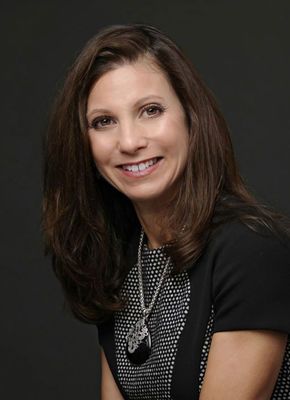 We've enjoyed the privilege of being engaged with a number of our customers for nearly two decades and last year were fortunate to add new projects and new customers. Our 2017 target for the number of new customers was significant, so, with all the rage about Account Based Marketing (ABM), we decided to experiment with the concept. Being a data-driven organization, our first action was to conduct research on the topic as well as to dig into our own data to understand the best way to deploy ABM for our company. And being a metrics-based organization, we wanted to establish specific measures of success, key performance targets, and a quantifiable outcome. While we work with firms of all types in all industries around the world, for this experiment we focused on our sweet spot of mid-Market global US-based B2B companies. Over the course of 2017 we put our ABM strategy and plan into place. As many of you begin to deploy ABM, we thought our processes and lessons learned might serve you well as you embark on your 2018 ABM efforts. We'd welcome your comments and suggestions.

For those of you still coming up to speed with the concept, ABM is a strategic approach for connecting and engaging with a clearly defined set of target accounts. Personalization is a key component of ABM. This wasn't new to many of us at VisionEdge Marketing. Earlier in our careers, all of us were responsible for what in those days we called target-account or strategic-account Marketing, which has morphed into what today is known as Account-Based Marketing (ABM).

How did this year long ABM adventure start?

As with all well-planned initiatives, we began by gaining insight into what the effort would entail. Taking our own counsel to seek third-party expertise to develop skills in new areas, in 2016 we attended a FlipMyFunnel gathering to learn the nuances of today's ABM. Then we had the opportunity to connect with long-time associate Jon Miller, who is now at the helm of Engagio. Using guidance and best practices from these experts and others, we designed our ABM strategy and program.

The first step was to decide who we wanted to engage with, and our strategy. We set aside the first quarter of 2017 for this phase. During this time frame, we selected 533 companies along with their C-level and Marketing executive members that we believed could benefit the most from our expertise in customer insights, competitive intelligence, marketing analytics, marketing alignment, marketing accountability, and marketing processes. We then built a database for this group and found emails, LinkedIn (LI) profiles, mailing addresses, and phone numbers for each of the contacts. We conducted further research to find and identify primary triggers and personas.

We used the triggers as the basis for our strategy and messaging. We set performance targets for both response rates (such as open and click through rates), conversion-to-conversation rates, as well as request for proposal and proposal-to-close rates and total net new customers.

The second step was development and execution. In the second quarter we designed our ABM playbook which included a first half and second half of the year series of "plays" by persona and company. The Ascend2 study found that ABM is more effective when messages and content are personalized. We followed suit and personalized and customized each message.

The first half of the year playbook consisted of a series of 6 persona based emails to be distributed every week starting mid-April through until Memorial Day weekend. We are avid fans of Co-Scheduler's headline analyzer and the email tester and employed both of these tools. White papers, case studies, and educational content were offered in each email, tailored to the persona and the trigger.

Everyone who opened more than one email received a personal follow-up call during the first two weeks of June. We made our response rates targets but the conversion rates were below expectation.

We took a step back in the summer and revised our second half of the year's plays based on what we learned. We refined our areas of focus and messaging. We expanded our touches and channels. In the second half, we doubled- down on a list of 34 companies each with four personas.

We designed a series of eight touches and incorporated social, video, and direct mail into the mix. This phase began with a personal LinkedIn (LI) invites and a personal custom video email. Then using the Enthusem platform we created a short personal direct mail for everyone on the list that also included a video that addresses alignment and accountability. This touch was followed with a personal email that included a link to a longer-version video focused on the topics of alignment and accountability (you can also see this video on our website). We gave email a break and moved to direct messaging on Twitter followed by a personal phone call. We anticipated that this phone call might result in leaving a voice mail and had specific messages for each person.We immediately followed all voice mail messages with an email that included a link to our explainer video (professionally produced). We ended the plays with a final LI message and final email message.

How to Learn from Our Year-Long ABM Experiment

Here's the top three things we learned from this experiment that you might find helpful as you plan yours.

Are you experimenting with ABM? We'd love to hear your own thoughts and takeaways. Share with us in the comments.

Laura Patterson is a proven marketing practitioner, respected consultant and dynamic speaker. She is known for her practical, no-nonsense approach to proving and improving the value of marketing. Inventive and engaging, Laura quickly gets to the heart of the matter to provide actionable recommendations and solutions.