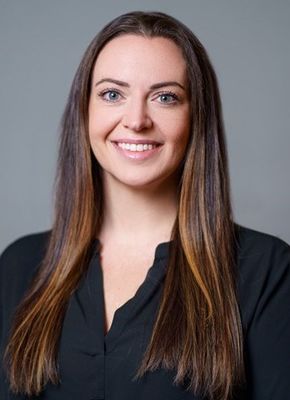 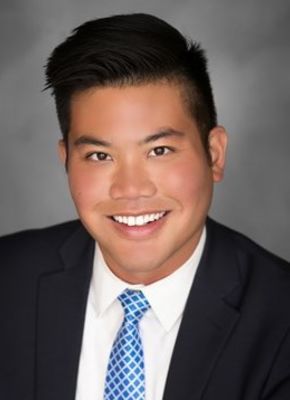 Annapolis, Maryland's capital, is a historic seaport located 30 miles south of Baltimore and 30 miles northeast of Washington, D.C. Annapolis relies on tourism, state and local government activity, and renowned institutions of higher education for its economic livelihood. The Annapolis hotel market has been very stable over the last five years, with no proposed hotel development on the horizon. There have, however, been two hotel transactions in the last year, indicating the attractiveness and economic viability of this high-barrier-to-entry market to investors. Average rates for the city's hotels have risen steadily since the recession given the limited entrance of new supply, coupled with economic development in Annapolis and Anne Arundel County, as well as overall growth in the Washington, Baltimore, and the greater Mid-Atlantic region. The following article highlights several the fundamentals of the Annapolis economy and lodging market, as well as area development projects.

Tourism continues to represent the bulk of demand for Annapolis hotels. Residents of the Mid-Atlantic within driving distance of Annapolis regularly take to the city as a weekend destination, and guided tours along the Boston-Washington corridor also often stop in Annapolis. The multitude of boutique retail shops and restaurants that line the downtown streets further bolster Annapolis's status as a tourist destination. Millions of visitors come to Annapolis annually to enjoy the historic architecture, cuisine, maritime amenities, and diverse cultural arts activities. Institutions like the U.S. Naval Academy, the Maryland State House, and numerous theaters, museums, and historic mansions are a main draw for tourists, as are events such as the U.S. Sailboat Show and the U.S. Powerboat Show, which have been held annually in Annapolis since 1970. Annapolis Restaurant Week, the Annapolis Film Festival, and the U.S. Naval Academy Commissioning Week also attract thousands of visitors to the area yearly.

According to the United States Naval Academy's (USNA) Public Affairs Office, approximately 350,000 visitors visit the academy annually for a variety of reasons, including guided tours, graduations, and cultural performances by various performing groups, such as the USNA Glee Club, making USNA the top visited attraction in Annapolis.

According to the Maryland Tourism Development Board and the Department of Business and Economic Development, visitor spending in Maryland totaled over $17.3 billion in 2016, nearly 20% of which was spent on lodging (see Figure 1). Reportedly, lodging spending and overall tourism spending have increased year-over-year since 2012.

Historically, the city's meeting and group demand has largely comprised association business. SMERFE (social, military, educational, religious, fraternal, and ethnic) demand plays a strong supporting role, followed by a significantly smaller amount of corporate group demand, which is reportedly limited to small regional meetings, seminars, and focused training groups. The average length of stay for groups tends to be between two to three nights. SMERFE groups take on a stronger role in the late summer and early fall months, as the number of weddings held in the region peaks during that time of year.

As the state capital of Maryland, government activity throughout the year helps anchor the local Annapolis economy. The city hosts the annual Legislative Session for the Maryland General Assembly, beginning the second Wednesday in January of each year, and local officials and hoteliers report that the presence of government officials during this 90-day session significantly bolsters demand in Annapolis during the market's shoulder season.

Higher education has a long and lauded history in Annapolis and serves as a central support for the city's economy, anchored by St. John's College and the United States Naval Academy (USNA). Special weekend events at both institutions, including graduation ceremonies, parents' weekends, the annual Annapolis Cup croquet match between both colleges, and USNA home football games, make a significant economic impact on the city and drive demand to local hotels.

The following table (Figure 2) illustrates a list of the top ten employers within the City of Annapolis, reflecting the diversity of government, education, and healthcare sectors, as well as the leisure and hospitality industry, in the local market.

The Anne Arundel Economic Development Corporation (AAEDC) has recently embarked on a push to make Anne Arundel County, the county seat of Annapolis, a new technology hub. Major assets, such as Fort Meade, the U.S. Naval Academy, and Baltimore-Washington International Airport, coupled with a highly educated resident workforce and a high quality of life factor, make the area attractive to technology companies looking to relocate. Several AAEDC-led programs, such as the Next Stage Tech Fund and TEDCO Seed Investment Fund, have been implemented to seek out companies to further enhance the prominent government and tech ecosystem that currently exists in Annapolis. Collectively, information technology (IT) companies in Maryland were awarded $28 billion in government contracts in 2015, and the AAEDC is hoping to build on the strengthening demand for government contractors in the field of IT by drawing more of that business to the county.

According to local hoteliers, the city has traditionally struggled to capture midweek room nights given the limited amount of corporate-related demand. The lack of a dedicated convention center has also been cited as a handicap, with the city unable to host large-scale conventions and to receive the economic benefit that those big events tend to deliver. As such, hotels in the market are in healthy competition to capture their fair share of corporate and group demand to fill rooms from Sunday through Thursday. The $200-million Live! Hotel & Conference Center is scheduled to open next to the Maryland Live! Casino and the Arundel Mills shopping and entertainment complex in May 2018. Developed by The Cordish Companies, the 350,000-square-foot addition will feature a 17-story hotel tower with 310 five-star guestrooms; a 1,500-seat concert venue; 14,000 square feet of event space; dining options; and a day spa/salon. Reportedly, seasoned hotelier Brian Coughlin has been appointed General Manager. Located approximately 18 miles from Downtown Annapolis, some outward compression from this development is anticipated to benefit the local Annapolis hotel market.

According to Smith Travel Research (STR), Annapolis encompassed just 25 hotels and 2,510 available rooms as of February 2018. To put Annapolis's cozy hotel community in perspective, the area's supply nearly quadruples with the inclusion of hotels proximate to Baltimore Washington International Marshall Thurgood Airport, which is about a 30-minute drive to the north. No new hotels have entered the Annapolis hotel market since both the Westin Annapolis and the Hilton Garden Inn opened in 2007. Since the fall of 2017, there have been two hotel transactions in the market. The 119-room O'Callaghan Hotel, located in Downtown Annapolis, closed on October 1, 2017. The hotel was purchased by South Carolina-baded OTO Development Group from the Dublin, Ireland-based O'Callaghan Hotel Group. The purchase further strengthens OTO Development Group's position in the Annapolis market, adding to the Hampton Inn & Suites that the company already manages. It is reported that the O'Callaghan Hotel will be significantly renovated, inclusive of the guestrooms and public areas, and will reopen as a Hilton Garden Inn in August 2018. Hersha Hospitality Trust (BYSE: HT) purchased the 150-room Annapolis Waterfront Hotel, an Autograph Collection affiliate, for $41.5 million in early April. This acquisition represents an addition to Hersha's 14 other independent and soft-branded hotels, out of the 49 hotel properties already owned by this REIT. According to Hersha's CEO, Mr. Jay H. Shah, the asset was purchased for "an attractive economic capitalization rate of 8.7%." Other than this change in existing supply, no new hotel developments are currently under construction in the city, per our research.

While supply has remained virtually unchanged since 2008, market demand has fluctuated. The Annapolis market was affected by the negative impact the 2013 government sequestration and budget cuts, though the strength of leisure demand has helped to maintain occupancy levels between roughly 61% and 66% since 2007. Due to this relatively stable level of occupancy, hoteliers have been able to increase average rate (ADR) after the Great Recession, as evidenced by year-over-year ADR growth in Annapolis since 2009. As a result, RevPAR has largely increased since 2009, despite a minor decline during the government sequestration. Hoteliers remain optimistic that 2018 RevPAR performance should continue to be bolstered by ADR growth. The closing of the O'Callaghan Hotel for its renovation and conversion should also cause some displacement and drive occupancy to the other hotels in the market.

Ebbs and Flows of Hotel Demand

The Annapolis hotel market is highly seasonal in nature; Figure 3 illustrates the monthly changes in RevPAR between two sets of hotels: the economy to midscale hotels, and the upscale to luxury hotels. Based on STR data, the higher-quality hotels are much more seasonal than the economy to midscale hotels, with sharper swings in RevPAR. Occupancy levels within this set of hotels typically exceeds 70% during the months of May and June, as well as in September and October, while the economy to midscale hotels realize occupancy levels in the high 60s. Weekend demand often drives occupancy into the mid-80s to high 90s throughout the high and shoulder seasons, largely attributed to strong leisure demand and government activity. There is a deep disparity in RevPAR between the high and shoulder seasons versus the low (winter) season in Annapolis. The data suggest that while average rate in both the peak and shoulder seasons has surpassed its pre-recession peak, in terms of occupancy and RevPAR, the low season is still on the recovery path.

Strong leisure demand, coupled with healthy government demand, has remained a positive factor for local hoteliers in the last few years. These types of demand, however, remain highly seasonal, and the market is still reliant on association business to fill hotel rooms and meeting space midweek. Increases in supply in nearby Washington, D.C. and Baltimore have reduced the amount of compression and overflow into Annapolis during citywide events in the last few years. The lack of strong corporate demand is also a concern to local hoteliers. Nevertheless, the prospects for growth within the government sector, as well as the county's push for growing the local tech scene, should do well to contribute to the city's near-term prospects. Additionally, a lack of new supply in the market should continue to bolster ADR growth as demand levels stabilize. Hoteliers, city officials, and other resident stakeholders in the Annapolis economy present a positive outlook for the city's lodging industry, sharing predictions that occupancy will remain stable through the near term. Given the lack of new hotel development, as well as the anticipated rebranding of the O'Callaghan Hotel in the summer of 2018, hoteliers are expected to usher-in continued rate-driven strategies as RevPAR continues to grow to new heights. It will pay to keep a close watch on the lodging dynamics of this historic eastern seaboard city, especially if performance continues to improve and new opportunities for proposed hotels come to light.

Chelsey Leffet is a Senior Vice President and head of the Washington, D.C. HVS Consulting & Valuation office. Chelsey has consulted on hundreds of hotels throughout the Mid-Atlantic, including major Beltway markets. Prior to joining HVS, Chelsey worked in guest services, operations, and restaurant roles in North Carolina and Delaware.

Marcus Lee, a Vice President with the HVS office in Los Angeles, has worked on numerous hotel consulting and valuation assignments throughout the west. He gained hands-on knowledge of luxury hotel operations at properties across the District, as well as international markets including London and Singapore.