The Joy of Publicity 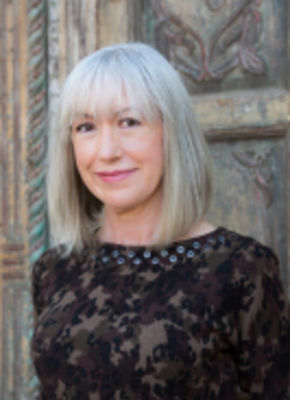 Listen up: hoteliers and spa operators still need traditional media. The smart ones know it. As for the others, well, they will learn that they needed to be playing in traditional media all along. Earned media are a building block in just about all effective marketing campaigns, certainly for high-end travel products.

This is 2018 and, obviously, every property now needs a multi-pronged PR strategy. Social media must figure into this - that means Facebook, Instagram, YouTube, and maybe a few others. Solid content creation has a real place in the mix. Paid media also bring results for some.

But a bedrock is and will remain traditional media coverage. Read that sentence again. You need earned media. It still shines a bright light. Especially for four- and five-star properties.

Sure,earned media are a smaller part of the PR portfolio than they had been a decade ago, and budgets have downsized as monies flow into other efforts (especially social media and, with some properties, influencers). But it's unwise to turn off this publicity spigot.

Who isn't thrilled when you see your name, or your property's, in the New York Times or Vogue or New York Magazine. And there's real reputational gain when a well-known outlet singles you out for notice

When a hotel is named "world's best" in one of the big consumer magazine surveys, you can bet they blow loud trumpets to announce the news and they should.

When you are on the cover of a national magazine that is on newsstands, don't say that isn't exciting - and that you don't pop into stores and supermarkets just to gaze at that cover. You do, we know you do,

Everybody does. Especially in travel.

Traditional media - oldfashioned print, digital, and also TV - are ideal vehicles for promoting travel clients. Yes, there have been changes in approach - these days video is rising and paper is falling - but many of us still turn to media names we know and trust for information that helps shape our travel decisions.

But don't most people dismiss traditional media as "fake news?" Nope. Research out of Arizona State University's Cronkite School found that only 19% of us in fact associate the word "news" with "fake." That's fewer than one in five.

Only 3% associate local news with "fake," by the way.

61% say it's easy to distinguish between news and opinion.

Sift the facts and we are consuming - and enjoying - lots of news right now. Granted, often it is filtered through social media pages - how often does a friend post a link to a story on Facebook and you click to it from there?

PR professionals, most of them, know that media relations remain worth the effort. Just 4% said no, in a recent survey.

84% said if PR professionals adjust to the current environment media relations are well worth the energy.

Lots of traditional media can be ignored by PR professionals. That sounds brutal, I know, but it's a reflection of time and effort and potential payoffs. Key to crafting a cost-effective media relations strategy in 2018 is for PR to work with property management to identify the outlets that matter and that target list sets the table. Stay focused on it. Don't be distracted by shiny objects that happen along.

What outlets matter to you and to your guests and potential guests? Know that and it is half the battle. Much of this comes down to individual discretion. Some properties crave coverage in travel trades, other don't. Some only want big national outlets, others want regional and local coverage. There is no set formula for what's right. It varies with the property,

Know what is right for your property.

Then get the right media - and when the media coverage in fact is right, suddenly, everybody will see that in fact old-fashioned, traditional publicity campaigns still deliver substantial value and can bring big smiles to the faces of executives (and, in many cases, to property owners as well).

Choosing to ignore traditional media honestly makes no sense for most properties. Not today. Sure, prune the list. Hack away outlets that don't suit. And then watch the results that come from a honed media relations campaign.