Defining the Winning Hotelier – An Interview with Yehuda Shinar 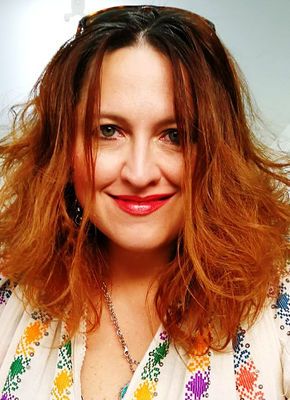 Winners are made, not born. This may sound like a cliché, but for Yehuda Shinar it is both a lifestyle and a business motto. Which is a good thing, because if winners are made, it should be easy to develop a method to become a winner in every field of activity. This is just the issue at hand, and Yehuda has developed the Winning Method, a set of tools for creating winners in all walks of life, described in detail in his book, "Think Like a Winner." Today, however, Yehuda Shinar reveals some of the fundamental principles that make the Winning Hotelier.

According to Shinar, whose Winning Method is endorsed by Israel's Innovation Authority and adopted by the Israeli Air Force, winners are people who reach their goals and targets frequently, while keeping on improving themselves and their results. Extrapolating this to hoteliers, he tells me that Winning Hoteliers are those who create smiling guests "even against all the odds." For example if they were (justifiably or not) angry, frustrated, or disappointed during their stay at the hotel, they regain their trust and remain happy with their choice of accommodation.

"Whatever their current position, winning hoteliers who want to keep on improving will not repeat the same kind of personal or professional behavior they identified as inappropriate or counter-productive. They keep raising the bar, even when they succeeded in meeting their goals - continually seeking and finding ways to improve their work methods," Shinar explained in an exclusive interview.

Winning Hoteliers keep their cool under the most unpredictable circumstances.

"Winners are human," he said, "and are open to a wide range of emotions, some of which might be very powerful and unsettling. Unpleasant guests can easily arouse feelings of frustration, anger, or hurt in the hotelier. The immediate temptation is to respond emotionally to gratify the momentary desire for self- respect in a charged situation. However, winners are driven by a desire to succeed - and, in this case, to succeed is handling a situation in a manner that serves the overall goal of the hotel: turning problematic/ unpleasant/ dissatisfied guests into happy patrons who don't want to go to a rival hotel."

Shinar argues that winning hoteliers do not let themselves to be managed by their emotions. Instead, they take charge of these emotions and make rational decisions even in an emotional situation.

"For this, winning hoteliers must harness their warrior spirit, putting themselves aside and reminding themselves that they are not the issue! The issue is to meet the Top Goal: to end up with a happy and loyal guest," according to Shinar.

Most life coaches do not teach a method, rather preferring to encourage their trainees to "believe" in themselves. Instead, the author has developed a robust system, which is already used by hotelier teams around the world.

"The big secret behind being a winner is a powerful self-management method I like to call PRM - Personal Resource Management," Shinar told Hospitality Net. "PRM has 12 unambiguous rules that are easy to understand and apply."

To illustrate, two relevant rules are: when it comes to the money time, stick with what works for you and don't ignore a change in your situation.

"If your methods are no longer working, be prepared to make a U-turn," Shinar advises. "This is one of the hardest and toughest decisions, because it involves accepting the fact that you have been investing enthusiasm, energy, time, and perhaps even money in a fruitless strategy. So, change your strategy and save yourself from further losses! In winning language: U-turn U-earn!"

Shinar admits that there are several aspects of the Winning Model that might be challenging for a novice hotelier.

"One of the main ones relates to an iron principle in winning PRM: an essential prerequisite for success in any challenge or any task is to define in advance the Top Goal," he explains and goes on with a concrete example.

"Hoteliers are trained to see that their goal is to have satisfied guests. A Winning Hotelier won't make do with that kind of a Top Goal definition. It's a bit like saying somebody is a nice guy. Who wants to be known as a nice guy? Their rivals know how to create satisfied guests too… Given the competition in this field, the Top Goal must be no less than a happy guest, a guest who feels at home, and a loyal guest. Another aspect that is particularly challenging for a novice hotelier also touches upon the core of winning self-management: the ability to make rational decisions in highly emotional situations, which are common in the hospitality industry."

But the good news about Yehuda Shinar's Winning Model is that it can adapt to any situation in life. Hoteliers who are just starting out can follow it proactively.

"The first step on anyone's winning journey," according to Shinar, "is to understand at the end of the day that what stands between us and our successes is ourselves. To be a winner, we must accept that we are not perfect but, like warriors, we must be ready to do what it takes to overcome our imperfections."

Shinar thinks that to be ready to become winners, we must be prepared to continually examine all our beliefs, habits, misguided patterns of behaviors, tendencies, preferences, and anxieties. We should also investigate, challenge, and conquer our over-confidence, risk-taking, adventurousness, and personal weaknesses.

"It all comes down to the understanding that being a winner means being a fighter, a noble warrior; but not someone who fights the whole world. Winning is primarily the willingness to fight, and the ability to triumph over ourselves," Shinar concludes.

Mihaela Lica-Butler is the founder and senior partner at Pamil Visions PR. She is a widely cited authority on public relations issues (BBC News, Reuters, Al Jazeera, The Epoch Times and others), with an experience of over 12 years in online PR. When she doesn't work, she enjoys writing children's books and developing recipes.