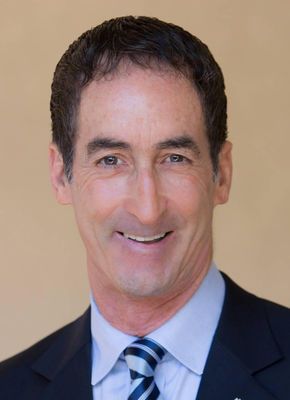 Many of us who attended The Lodging Conference this past month heard Bernard Baumohl, Chief Economist for the Conference Board, provide his economic forecast. He covered topics in his usual fast, effective and entertaining style. Some interesting takeaways were that business spending is not up much, oil is going to see oversupply and is up markedly due to politics (not the market), and GDP will be up 3 percent this year, 2.2 percent next year and 1.4 percent in 2020, according to the Consensus Forecast.

Baumohl's concerns include President Trump, cyber warfare, geopolitical threats and a real need for corporate agility that is currently not in place, especially as it relates to cyber warfare. He indicated that pay is not keeping up with inflation, spending is fading, oil prices are increasing, delinquency rates are up and millennials are risk averse. Consumer debt goes up when interest rates increase and they are increasing. This causes a decline in purchasing power and might indicate a wage/price spiral going forward.

Baumohl's prognosis could most accurately be described as cloudy. Baumohl believes that tax cuts provided a huge boost in consumer confidence and that it may continue for another 6 to 12 months. He described headwinds like 10 years of growth, interest rate increases, trade wars and mid-term election fallout. Furthermore, Baumohl touched upon larger issues such as the Mueller Investigation and geopolitics of the Middle East, Russia, North Korea and Brexit.

While he is the most accurate economist I have ever met, I have to disagree with him on a couple of points. I briefly spoke with Baumohl about his prediction of Trump failed negotiations with China and other countries. Due to an unconvincing argument from Baumohl, I will push ahead with my forecast which originally called for a soft landing in 2017 that I believe was pushed back due to strong economic policies. My prediction is a soft landing in mid-late 2019 and no recession.

As I indicated in my forecast last month on my website, "business and consumer confidence and spending are strong and future growth for 2019, especially in the first half, looks positive. Interest rates and inflation have increased modestly, in sync with movements in the economy. At this point in the cycle, there are headwinds including trade disputes, politics, higher interest rates and inflation, Iran, North Korea, debt levels, immigration and Congressional elections in November. But there are tailwinds that are strong as well. These include the economy, low unemployment, higher wages, relatively low interest rates and overall inflation, potentially successful trade negotiations, global growth and strong consumer confidence."

My biggest takeaway for STR's presentation by Ali Hoyt at The Lodging Conference was that average rate growth is near zero when inflation is considered. Occupancy levels are at a historic high and average daily rate (ADR) represents most of RevPAR growth. Hoyt reported that we have seen 102 straight months of RevPar growth. Her forecast is for RevPar growth of 2.6% next year, down from a forecasted 3.2% this year. Occupancy is essentially flat due to supply and demand being in balance, so most of RevPar is from ADR.

A report at The Lodging Industry Investment Council (LIIC) by Michael Bellasario of Baird's showed hotel brands underperforming relative to Hotel REITs. They are forecasting 2018 RevPar to finish up 3.1% this year and up 2.5-3% next year. Despite the surge by REITs, Baird's favors hotel brands over hotel REITs due to gains in market share and a better business model in a slow growth environment. Most of the other pundits including CBRE call for similar occupancy, rate and RevPar performance over the next year.

The big challenge might be to reverse some of the trends that hoteliers have been battling relative to high costs of health care, wages driven by shrinking labor pools and brand required PIPs. Further, CBRE has issued a report on reduced labor productivity which coupled with wage increases is not good. The combination of these rising costs and increased cost of distribution can severely impact bottom line performance. Despite the record occupancy levels, ADR growth continues to challenge hoteliers. Factors such as increased supply, low inflation, the sharing economy and rate transparency make it more difficult to raise rates.

There is great economic news that should lead to average rate growth. Companies are reporting excellent sales and profits and the rate of overall economic growth has improved. Q2 Gross Domestic Product (GDP) was at 4.2% growth, the best pace since 2014. Business and consumer spending and confidence are strong and very encouraging for future growth going into 2019. While interest rates and inflation have moved up modestly, they are still far from their historical averages. The headwinds discussed above are real and must be factored into any investment decision. Q4 2018 and all of 2019 are still looking strong.